CALIFORNIA’S Department of Education is working on a new framework for K-12 mathematics that discourages gifted students from enrolling in accelerated classes that study advanced concepts like calculus.

The draft of the framework is hundreds of pages long and covers a wide range of topics. But its overriding concern is inequity. The department is worried that too many students are sorted into different math tracks based on their natural abilities, which leads some to take calculus by their senior year of high school while others don’t make it past basic algebra. The department’s solution is to prohibit any sorting until high school, keeping gifted kids in the same classrooms as their less mathematically inclined peers until at least grade nine.

“The inequity of mathematics tracking in California can be undone through a coordinated approach in grades 6–12,” reads a January 2021 draft of the framework. “In summary, middle-school students are best served in heterogeneous classes.”

In fact, the framework concludes that calculus is overvalued, even for gifted students.

“The push to calculus in grade twelve is itself misguided,” says the framework.

As evidence for this claim, the framework cites the fact that many students who take calculus end up having to retake it in college anyway. Of course, de-prioritizing instruction in high school calculus would not really solve this problem — and in fact would likely make it worse — but the department does not seem overly worried. The framework’s overriding perspective is that teaching the tough stuff is college’s problem: The K-12 system should concern itself with making “every kid fall in love with math.” Good luck with that, if by “every kid” you mean to include those from groups who, in their natural habitats, never learned to count beyond ten fingers in ten thousand years.

Broadly speaking, making “every kid fall in love with math” entails making math as easy and un-math-like as possible. Math is “really” about language and culture and “social justice,” and “no one is naturally better at it than anyone else,” according to the framework.

“All students deserve powerful mathematics; we reject ideas of natural gifts and talents,” reads a bullet point in chapter one of the framework. “The belief that ‘I treat everyone the same’ is insufficient: Active efforts in mathematics teaching are required in order to counter the cultural forces that have led to and continue to perpetuate current inequities.”

Have we reached peak egalitarian insanity yet?

The entire second chapter of the framework is about “connecting math to social justice concepts” like bias and “racism”: “Teachers can support discussions that center mathematical reasoning rather than issues of status and bias by intentionally defining what it means to do and learn mathematics together in ways that include and highlight the languages, identities, and practices of historically marginalized communities.” Teachers should also think creatively about what math even entails: “To encourage truly equitable and engaging mathematics classrooms we need to broaden perceptions of mathematics beyond methods and answers so that students come to view mathematics as a connected, multi-dimensional subject that is about sense making and reasoning, to which they can contribute and belong.”

Contrary to what this guidance seems to suggest, math is certainly not something that all children are “equally capable of learning” or enjoying. Some young people clearly excel at math, even at very early ages. Many schools offer advanced mathematics to a select group of students well before the high school level so that they can take calculus by their junior or senior year. It’s done this way for a reason: The students who like math (usually a minority) should have the opportunity to move on as rapidly as possible. This is good for them — and deeply important for our nation and civilization.

Holding back students who are gifted at math is a crime against Nature and against our future as a race and people.

The so-called framework actually rejects the obvious truth that some are more gifted than others. “An important goal of this framework is to replace ideas of innate mathematics ‘talent’ and ‘giftedness’ with the recognition that every student is on a growth pathway,” it states. “There is no cutoff determining when one child is ‘gifted’ and another is not.” But cutoffs are exactly what testing and grading systems produce, and it’s absurdly naive to think there’s nothing innate about such outcomes, given that intelligence is largely an inherited trait.

If California adopts this framework, which is currently under public review, the state will end up sabotaging its brightest students. It will hurt White families and children especially hard. And, in the long run, it will contribute to the decline of European civilization.

The District of Contamination 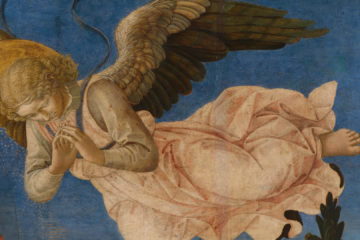 How wonderful it would be to be recognized as “gifted” and then challenged in high school! As the author says, there is only a minority of gifted students in math, or anything else. But blacks are a minority also and they seem to be the ones calling the shots. They can’t excel in math; so the administrators at the California Dept. of Education have decreed that nobody can excel at math. They probably ignored the racial make-up of the “baskaball” team, or were not concerned about making it appealing to whites. It is because of them that all this is happening. Why do we pay so much attention to these people, while our own gifted people are left to rot on the vine? I know that many people that read… Read more »

If it smells as excellence, must be forbidden, because yt ppl supremasee!

Well, if they really cut back on Gifted Programs, this could end up hurting the Jews. After all, Jews– on average– have higher IQs than anyone.

A few maybe but I’m guessing most of the smartest jews go to private schools, it’ll probably hurt Asians the most