Alabama last week received a new list of failing schools, a two-page memo slipped under the door without explanation from the educators who prepared it.

What does it mean? Why these 76 schools? Why “failing”?

The measure is straightforward. These are the state’s lowest ranking schools on state tests of reading and math.

The larger meaning, the one that defies any safe bureaucratic commentary, is that Alabama continues to fail to educate black students who are schooled in relative isolation.

Look at the numbers. There are just under 37,000 children in failing schools in Alabama. More than 34,000 of those children are African American.

There are no exceptions. Goodwyn Middle is the by far most “diverse” school on the list, and its student body is 72 percent African American.

All of these schools also serve poor families.

At half of the “failing” schools, three quarters or more of the children qualify for free or reduced-price lunch. At all of the schools, more than half of the students get subsidized lunch.

To spell that out plainly, every single one of the newly announced “failing” schools is both majority black and majority poor.

Sorry: These failing schools are a reminder of racial differences in intelligence (which can never publicly stated as the reason for Black failure, or else the primary premise keeping [multiracialist] America alive — that Blacks are relentless victims of White racism — dies).

If you’re like me, you want off this ride. Unfortunately, there’s no getting off. After all, Hillary Clinton just offered $125 billion to Blacks to help for job training, education, and re-entering society after incarceration… if you vote for her. Bernie Sanders isn’t far behind in his offer to turn White Americans into nothing but slaves for funding a massive monetary battle against Nature.

America, you see, is irredeemable. 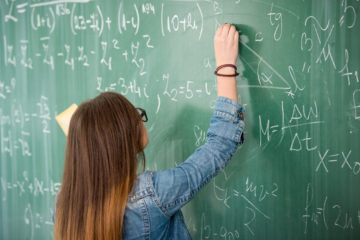 In the Slums of Academe