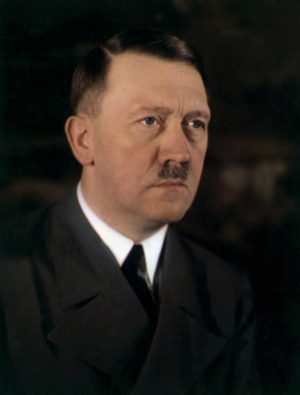 IT SHOULD be no secret to any educated person that wars are usually instigated for financial reasons. The Armenian Genocide (1915), often blamed on Turkish nationalism, was actually triggered by the Rothschild banking family, through their agent, a Jew named Emanuel Curasso. He was part of the group that led the Young Turks, whose membership was a mixture of Muslims and Jews.

The Rothschilds owned the Caspian and Black Sea Petroleum Company, which extracted oil from fields near Baku, in Azerbaijan, and shipped it to their refinery in Fiume on the Adriatic. The products were then sold throughout the Middle East. The Rothschilds wanted to eliminate ethnic conflict along the trade route, and since the Armenians were the weakest party in those conflicts, the cheapest way for the Rothschilds to get what they wanted was to eliminate the Armenians.

Likewise, the Second World War began because Germany broke away from the Jewish banking houses (including the Rothschilds). The Jewish bankers had expected Hitler to place Germany in debt with loans from their banks as his means of bringing about Germany’s economic recovery. Instead, Hitler found other means — including international barter and alternative financial systems in which the Jews didn’t have any usurious fingers in the pie.

This fact was well-understood at the time, and it was summarized by Viscount Lymington: “If we have a period of peace for only three years, the financial system of Messrs. Frankfurter, Warburg, and Baruch, and most of Wall Street, will topple of its own accord.” (Source: The New Pioneer, May 1939.)

That was the actual reason for the Second World War. Hitler was about to yank the Jewish vampire off the back of Western civilization, and that vampire did not want to be deprived of its prey. So it began a war to defend the parasitical status quo.

Greece: Jewish Groups Demand Controls on Speech
Anti-Gentiles Deny the 5 Million!
Trump to Jews: "We Must Stamp Out Anti-Semitism Wherever It Is Found"
Meritocracy Should Not Include Racial Aliens
Jews Did This
Central Banks Are Secretly Buying Up The World’s Corporations
Dresden 1945: The Devil's Tinderbox
Charles Coughlin: Extraordinary Orator
Tags:Adolf HitlerArmenian GenocideBankersJewsRothschildsWarWorld War 2

It is important to note that it was England and France’s declaration of war on Germany, when Germany invaded Poland,that touched off WW-2. It is also important to note that Germany’s invasion of Poland could be justified on the grounds that Hitler’s aim, at that time, was to restore to Germany parts of Germany that had been given to Poland at the end of WW-1. And finally it is important to note that the Allies had NO problem with Jew dominated Soviet Russia invading Poland at the same time and they had NO problem with Soviet Russia’s domination of eastern Europa for the next 40 years. And, now, look at Europa today, with her peoples so soul sick that they are not producing enough children to maintain their population levels… Read more »

Wow, this is what I have been telling people all along and everyone thinks I’m nuts!!!

More complete information about the Rothschild oil company that instigated the Armenian Genocide:

The Rothschilds owned (since 1884) the The Caspian and Black Sea Petroleum Company, which extracted oil from fields near Baku, in Azerbaijan, and shipped it over the Caucasus by rail to Batumi in FSR Georgia, thence to their refinery in Fiume (a port city now called Rijeka) on the Adriatic. The products, including kerosene, were then sold throughout central Europe in competition with similar products sold by the Rockefeller-owned Standard Oil company. The Rothschilds wanted to eliminate ethnic conflict along the trade route, and since the Armenians were the weakest party in those conflicts, the cheapest way for the Rothschilds to get what they wanted was to eliminate the Armenians.

I’m not white and will never consider myself a white nationalist. But these theories about the Jews coupled with their prominence in modern media, banking, and business circles have really convinced me. It all makes way too much sense.

The oil extracted from Azerbaijan was shipped over the Caucasus Mountains by rail to a port city called Batumi, in what is today the FSU Republic of Georgia. It was shipped by sea through the Bosporus and Dardanelles waterways, to the Mediterranean Sea, and thence to Fiume. Fiume was the name of a Croatian port city that is now named Rijeka.

Errata: The petroleum products (chief among which was kerosene) that were processed at the Rothschild refineries at Fiume were only secondarily sold in the Middle East. They were primarily sold in central Europe, in competition with similar products sold by the Rockefeller-owned Standard Oil Company. The ethnic tension between the Turks and Armenians, which had been a regular and on-going feature of that region’s political life for a long time, posed a risk to the Rothschilds’ shipping, and a business cost was involved in keeping that risk to a minimum. So, to increase their profits, the Rothschilds hatched a plan to overthrow the Turkish Sultan and exterminate the Armenian people. The former was accomplished in 1908. The latter was carried out beginning in April 1915. The Wikipedia article on the… Read more »

The atrocities were led by ‘Young Turks’, not Turks.

The expression ‘Young Turk’ was meant to describe someone who had only recently become a Turk. The Young Turks were Baltic Jews.

If Erdogan disclosed the villains then who would publish that news? Such Young Turks are standing behind him.

I did not know “The Young Turks” were Baltic Jews. Fascinating!

The Young Turks were secret jews known as Donmeh jews, they were jews who “converted” to Islam but remained jews in secret-same trick they pulled in Spain. I wasn’t aware that they were Baltic jews, I thought they were mostly from Turkey and Greece. Ataturk (Father of the Turks), was probably a Donmeh jew: https://en.wikipedia.org/wiki/Mustafa_Kemal_Atat%C3%BCrk

Jews were the cause, why single out jew bankers and give the rest of that demon race a pass?

Agreed
The entire Race is a Satanic mistake.

We must be prepared for a new monetary system, an honest one, when our present debt-based banking cartel collapses. Kindly read and critique this proposed Constitutional Amendment: From “The Truth in Money Book” by Theodore R. Thorsen and Richard F Warner: QUOTE Someone had to borrow at usury to bring that money [checkbook balances, bills and coins] into existence. The money goes out of existence as the usury and the debt principal are paid back to the bank. These amounts are huge: several billion dollars go out of existence each day. [Actually this money goes into the reserve accounts of the Federal Reserve Banks, out of the hands of the public! This book was first printed in November 1980! The amounts which are withdrawn presently are much larger.] If the… Read more »

Greetings Dennis. You state “We must be prepared for a new monetary system, an honest one, when our present debt-based banking cartel collapses.” Quite so!. There was such a system. Hitler’s government created it. The money that was printed was based on labour. I faintly recall that One Mark was equivalent to one hour of work.

I believe that the “Armenian genocide” is greatly exaggerated. There was an Armenian revolt during the First World War, encouraged by the Entente powers, and in response to that there were massacres and a mass-expulsion. Because it happened during the First World War, and because Zionist Jews wanted Palestine, which was in Ottoman hands, the Armenian catastrophe was greatly exaggerated. They could get away with this because the German trans-oceanic telegraph cable had been cut and there was consequently no contradictory information available. Years ago when I was arguing about the matter with an Armenian woman she referred me to a book written by Henry Morgenthau Sr. and published during the war, as a supposedly authoritative source. How trustworthy do you think that is? There was a lot of carnage… Read more »

If anything is an exaggeration, that’s the figure 6,000,000. It has been forensically proven that Not only there were NO 6M news in Germany but in the whole European countries.
Furthermore, it would’ve needed at least 133 Football Stadiums Size of Cyanide Gas Chambers to kill 6M people over 10 years….
Why Can’t you check your bloody facts HADDING !
THERE ARE BILLIONS OF PEOPLE WOULD’VE WISH IT REALLY HAPPENED.

Hadding you have to learn more about genocide then say it was exaggerated .please I am son of survived genocide parent .my dad was 2 years old have respect for their souls

The Rothschilds aren’t Jews, they just say they are.

Genetics proved you wrong decades ago. Jews are consistently more related to each other than to their host populations, and the Khazar theory was debunked long ago. Your bible-based “Jews aren’t the real Jews” nonsense isn’t welcome here, and was only created as an emotional crutch so that Whites wouldn’t have to ditch the nasty Hebrew book, which they most emphatically should do.

Except Christianity is based on Jewish roots.. good and evil resides in all human beings.. Nobody is better and nobody is worse.. we are all corruptible.. we all have the ability to forgive as well as hate.. Hate is of the Devil and Love is of God.. If you hate you are in fact doing the Devils work!

there are jews in the bible that say they are and do also lie….

Incredible hatred advocated here ! Don’t know how or why I came across this “ den of vipers”

Other than history and Jewish influence on it, how do you feel about Jews who are run of the mill?