PLEASE WATCH THE AMAZING video above.

Believe it or not, the fact that you and many of your dead relatives voted for a loathsome pedophile scumbag is not going to protect you from the dark mobs. I know, pretty surprising stuff. You’d think the 80 I.Q. inferior full of jealous hatred for your race would be mollified by your Right Think, but it turns out the “unfair skin” you’re wrapped in is going to have to come off. We are slouching closer to White genocide, closer to Zimbabwe, and no amount of cuckoldry, race denialism, weakness, “low unemployment,” cowardly support of your own dispossession or total gelded submission to dangerous mobs of worthless tar monsters is going to protect you.

In any case, we get off to a hot start in our video, with a feckless Eloi in a suburban neighborhood pointing out his Biden sign, under the false assumption that this matters to a bloodthirsty horde carefully taught by our Jewish enemy to blame Whites for all the considerable failings of their primitive failed branch of humanity.

“Don’t destroy anything.” Yes, attempting to reason with idiotic nightmare animals who can’t even connect basic cause and effect relationships is the right way forward.

You need to be armed and as far away from the Negro areas as possible. The dark mob responds by screaming profanity. Our country has a bright future. We’re all coming together as one people again. Accept the massive vote fraud and you get a few more years of semi-peaceful Clown World before the total collapse. No one is making lists, relax.

The Boomer we deserve keeps calling for “peaceful” behavior. This is a weak, pathetic man who believes everything the talmudvision tells him. These are good citizens protesting “police brutality” and the fact that not all Whites are dead yet. 93% aren’t an immediate danger to you and everyone you care about. I like these odds. “No one cares about your White ass opinion!” From many, one. The great experiment in democracy and consent of the governed. We hold these truths to be, come on, you know the thing.

We finally get the crowning moment of this incredible footage, where we’re told that asking not to be killed or have your home burnt to the ground is “White supremacy.” I think we’re well past the time when we should stop being afraid of being called names by people who want us to die in pain and start planning for our mutual defense in the cold weather Brazil the Jew created. The video mercifully ends before the “7%” can help this shell of a man with his virtue suicide. Voting by mail is secure. No Jewish communists have been planning your destruction for the last hundred years. Everything is fine. Go back to sleep. Get in the grave.

Editor’s Note: We would like to get in touch with the writer behind Modern Heretic so we can continue to see his humorous essays; in recent months Blogspot has terminated his site.

"Gun Control": the Ostensible Agenda Is not the Real Agenda 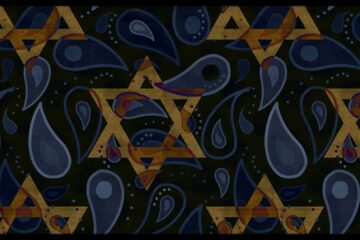 I don’t see this video as amazing. It’d be amazing if the old white man mowed down the black cloud that showed up on his lawn.

It’s amazing in that a White man has racial realities confronting him yet he expects an outcome his Jewish Big Brother has fed him for far too long. When his own blood is spilt, if he survives that is, an education may be attained. It’s sad that it has come to this for far too many Whites, but so it must be. We in the National Alliance are doing our best to quicken that learning curve a bit by providing this platform and looking to build bigger platforms. It’s why we ask that healthy Whites join us.

i think the word ‘amazing’ might have been used as a linguistic utensil of sarcasm.
Not sure. Think so though.

That spineless “man” is a disgrace. Appeasing savages doesn’t work.

What next, name-calling Truthfulness-Compassion-Forbearance as explained by the Falun Dafa teachings as “white supremacy” perhaps?

Weren´t all those voices I heard spewing complete mental-illness levels of hatred of whites…the voices of WHITE PEOPLE? Come that long, long, longed for day of arresting complete control of our lives, our lands, our nations from the hands of Sauron, his lieutenants and the orcs, many, MANY Whites must PAY the ultimate price for their criminal madness and cosmic levels of treachery. And they must pay…FIRST.

To ne fair,some parts of S America is nowhere near as bad as this.

I want to grant WORLD PEACE to these noisome n1993rs.

“Civilizations decline and fall largely because civilization itself, through its shielding of the less fit, puts an end to the natural selection which caused us to evolve in the first place. The less intelligent and the less fit half of any population nearly always have more offspring than the other half. Shielded from the harsh forces of nature by civilization, these offspring nearly all survive. The process continues for generations, and with each generation the less intelligent, less creative, and less capable become a larger percentage of the population. After a time, the quality of the people themselves declines to the point where they can no longer maintain the civilization their ancestors founded. Then comes the end, either by invasion and conquest by a healthier race, or by the inability of… Read more »