Yes, Virginia, You Can Still Access Stormfront: Here’s How 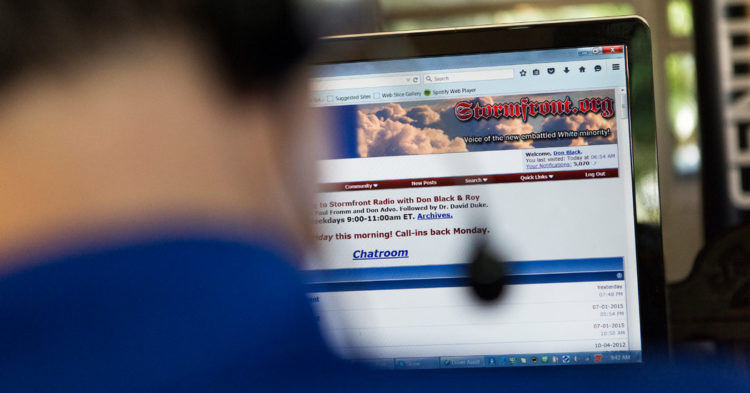 THE LONGEST-ESTABLISHED White nationalist forum on the Internet, Stormfront.org, has been illegally hijacked by their domain registrar, Network Solutions — which ought to be regulated as a public utility and forbidden to engage in such censorship and anti-White discrimination. This means that Stormfront, after 22 years of operation, is totally off the ’Net. But there is a workaround. You can access Stormfront on your Windows, Mac, or Linux computer, and get around Network Solutions’ immoral act, by editing a simple text file — as I will show below.

This censorship is due to aggressive lobbying and pressure from Jewish groups in the emotional wake of the fake Charlottesville narrative being pushed in the controlled media. Many sites have been taken down or been crippled by this Jewish intimidation in just the last two weeks. The National Alliance itself, sponsor of this site, has had its ability to take donations and sell books and CDs online taken away by the same un-American pressure groups. (You can still donate or buy items using the US mail, of course — and please do; we need your support to fight back in this war!)

The Jewish groups’ technique goes something like this: “Hello, I hear that your company is providing services to (insert name of pro-White group here). We will be publishing an article on companies that do business with Nazi murderers this week, and I am sure you don’t want your company’s name to appear there, so just let us know by 5pm if you’re still doing business with them.”

One of the emotional hooks that the Jews have hit upon is the claim (doubtlessly wildly exaggerated) that their spies and analysts have “proved” that 100 murders were committed by Stormfront members over a six year period. (Jewish groups like the ADL do act as de facto private intelligence agencies and have similarly huge budgets and penchants for snooping and dirty tricks.)

Let’s analyze that claim. Stormfront currently has 300,000 registered members. It’s reasonable to assume that many members have dropped out over the years, so we could easily use a figure of 400,000 registered users over six years, but we’ll simply use the 300,000 figure to be conservative. Assuming that the Jewish figure of 100 is right (which I doubt), let’s compare murder rates per 100,000 population between the general population and Stormfront users.

That yields a figure of 33.33 per 100,000. But wait, there’s more: That is a figure for a six-year period. So divide 33.33 by 6 for the true annual murder rate per 100,000 for Stormfront users: 5.55 per 100,000, slightly lower than the rate for the population as a whole during the same period. So Stormfront users are no more likely to commit murders than such frightening groups as people with driver’s licenses and members of the American Legion. And that’s accepting the Jewish figures at face value — always a doubtful proposition; probably the Stormfront users’ figures are far lower. 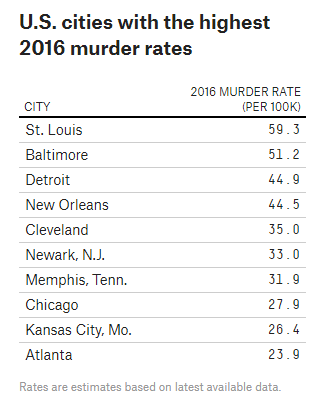 So much for Jewish propaganda, on to bypassing the censors.

On Windows, Mac, or Linux computers, all you need to do is edit your hosts file. Just add this line, standing all alone by itself, to the existing hosts file with Notepad or a similar text editor:

As an alternative, you can also use this (but don’t use both at the same time):

If you don’t know how to edit your hosts file, see the instructions at this link:

It is always possible that the Jews will continue their attacks and make even this workaround unworkable — but, for now, get back to Stormfront and tell founder and administrator Don Black you support his right to freedom of speech.

The next civil war has begun in cyberspace and on the streets, and White people didn’t start it. It started as a war on Whites, and our freedom and very existence stand in the balance.

Why Can't We All Just Get Along? 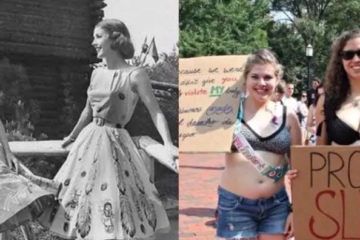 Feminism Is a Weapon

We should take this witch hunt as a wake up call and develop our own servers, etc. so we can’t no longer be taken down by kikes. Please Whites with knowledge to do this, do it!

Absolutely agreed. We cannot rely on the platforms of others to get our message out. That includes e-commerce, as well.

It is not legitimate to typify Stormfront users with statistics that include such a wild anomaly.

Reply to Hadding
Reply to  Hadding

@Hadding: The terror attack in Norway was a false flag/psyop by Western intelligence agencies with full cooperation of the Norwegian government. Wake up, people.

Hadding
Reply to  Reply to Hadding

It’s irrelevant to the point that I was making: SPLC’s statistical characterization of Stormfront users as a bunch of murderers is based on an anomaly.

If there is this all-powerful global conspiracy that makes everything happen, then why does that conspiracy allow Ole Dammegård to talk? Shouldn’t he have disappeared? The conspiracy doesn’t seem so powerful after all.

It’s not irrelevant. Breivik killed 77 people (not 69). He was not even a regular member making him an extreme outlier, plus his killing spree took place in Norway, not America as the SPLC like to imply.

The actual numbers that should be worked from is therefore 23 murders over a six year period. That works out around 1.3 murders per 100,000 which is well under the national average.
The figure will be lower than even that once you account for non-American members of Stormfront.

this does not work.

Why would I do that

Stormfront made zero effort to help the Daily Stormer just a week prior to themselves being band.

Some examples from Stormfront posters

Female poster
“for get daily stormer they deserved it”

Another female poster
“Good, glad they band them, Andrew is a a hole”

Such idiotic and short sighted morons.

Why would I care to make an effort to view their site.

It works fine here. +1 and thank you

One way to get around that is to stop the firewall, edit the file, then turn the firewall back on.

Managed to get back on in the UK. Brilliant bit of info, just wish more members knew about this.

It is now 2019 and the month is December. This article is from 2017. I know Stormfront was accessible until about a few months ago it seems. Any way to get to them thru another site? Those Internet scum need to be sued to hell and back.

So Stormfront alumni have a lower rate of murder than the general population? Why aren’t they awarded medals?

Yes, Virginia, You Can Still Access Stormfront: Here’s How