“WILL interstellar flight ever be possible?”

Sooner or later it would be. Many of mankind’s limitations are self-imposed, the result of power being in the hands of people who prioritize goals incorrectly.

Unfortunately, the Universe’s natural laws, particularly the laws of evolution, were not made for our benefit or with our inevitable gloriousness in mind. Rather we evolved, imperfectly, under the laws that pre-existed us. We’re here, but we are barely good enough to get by. And even the quality we have is slipping away as the result of our dependence on fossil fuels and our politically leftist trend in cultural values.

In other words, at this point in our own evolution, when we must transition from man either into something better, or else into something worse, we are choosing the easy, “feel good” road that leads to worse. Just when we should be improving ourselves so that we are more effective organisms, we are instead focused on comfort and on sentimentalism.

Most species that once lived are now extinct, having failed to overcome any one of the challenges Nature threw at them. Mankind might become extinct simply because we dithered about with wars on the one hand, and “humanitarianism” on the other hand, and failed to put our capital where it would lead to a greater and more secure existence as a star-spanning race.

I got to admit that Tank88 was right. About a year ago he talked about the so called “breakaway Germans” and how they could possibly exist. I laughed at him and called him a moron duped up on stupid conspiracies’. But in all honesty after seeing the articles of the ufology explained series I realized that he was right. If tank 88 reads this comment just remember that I’m sorry for attacking you in the 2020 article of the capitol protests on this site

Tank88
Reply to  KingVirzion The devout Disciple of Adolf Hitler

Apology accepted. Be sure to spread those articles to those who are willing to know and understand. SIEG HEIL!!! 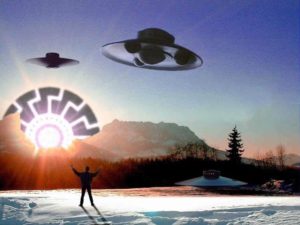 Sims I chose star-spanning race — or death.
That is the choice anyway, right? — like it or not.

Thank you for often reminding us that above the battlegrounds on which we fight, beyond the blue sky of our victory, shine the stars, our destiny.

Sadly a lot of NS have been duped into denial of the white mans accomplishments, They spread Jewish dogma thinking they are helping our movement but hold back the true NS and make all NS look like morons

I would love to have our civilization move the hell forward and UP! I’m tired of this BS: lying, primitive, unnatural and degrading existence that our People have had to suffer since 1945. Honestly, I don’t want “aliens” (or have a “Savior” mentality) to come and save us because we are more than capable of doing FOR ourselves & I most certainly don’t want to be ruled by “aliens” either. On the other hand, if there are actually breakaway ethnic Germans that have found a way to get away and preserve our People, then I’m all for it. I have wondered if that was the case. At least not all is lost. Been having a blah day today but still am optimistic for our People. I don’t buy that what… Read more »

By the way, Jim Woodwards much maligned “Mach Effect Thruster” (a reactionless drive), refuses to go away because it is still apparently producing thrust. A guy at Naval research lab was to try and confirm Jim’s results in 2021 / “After the Pandemic” — so it might “disappear” into the Black. But, as it is something that could be built by a small team with modest funds, it is not out of reach. Reactionless drive. That means high relativistic sub-light and indefinite range. (and potentially very-high reliability / working life / reparability). Woodward says that on the high end of potential development it could even do SSTO from the surface of earth. A real spaceship that lifts off from earth, sheds no parts, has no exhaust, and only needs a… Read more »

It is possible that the UFO’s, which have gained more credibility of late, do not only manipulate gravity, but time itself.

Mystics, Mages, and most Physicists now too, agree that there is no actual time, only the Eternal now. The past is memory, the future anticipation. Therefore nobody can manipulate Time as it doesn’t exist — other than as an accounting of the sequence and progression of events in common experience or as factors in equations. So probably we don’t have to worry about “going back in time” or “back to the future”. Some try to save their pride in their “nothing faster than light” investments by contorting their theories with “time travel” when faced with brutal facts of instantaneous / nearly instantaneous interactions (like Mach’s principle or the propagation of the gravity effects of the electric charge field (see the Electric Universe for a clear popular explication), or the Social… Read more »

The problem with interstellar space travel is a matter of scale. Think of a cheese mite in Los Angeles deciding on a trip to Siberia and you have an ever-so-slight glimmer of the scale involved. Anyone considering interstellar space travel should be prepared for two inescapable eventualities (1) Should one actually be established, they will never see their destination; nor will many generations coming after them. (2) They will never return to earth where they can play hide and seek with simian, troglodyte bonobos that remained to inherit the planet and now grab all the low hanging Nike sneakers from the K-Mart shelves left behind by other races. So what are you waiting for? Get out there and be another space pioneer like William Shanter or maybe Elon Musk.