IN THE United Kingdom, Pakistani rape-gang members are permitted to molest British children, while the police busy themselves with harassing White people who go on “unnecessary” walks by themselves.

In the United States, murderers are released from prisons while moms get arrested for taking their children to public parks in alleged violation of quarantine rules.

This is madness, but, as I think, there is an evil method to it.

JOSEPH Edward Williams shot and killed a man in Tampa, Fla., on March 20, the authorities said, one day after he was among more than 160 inmates released from Hillsborough County jails.

It was an effort, like many across the country, to try to slow the spread of the coronavirus in jails. But one day after officials in Hillsborough County, Fla., released more than 160 inmates, one of them shot and killed a man in Tampa, the authorities said.

The inmate, Joseph Edward Williams, 26, was arrested this week and charged with second-degree murder, resisting an officer with violence as well as drug and gun charges, according to the Hillsborough County Sheriff’s Office.

Mr. Williams had been released on March 19 from the Orient Road Jail in Tampa, awaiting resolution of lower-level, nonviolent drug offenses, the sheriff’s office said. He was accused of committing the murder the next day.

The sheriff’s office said deputies responded on March 20 at about 10:40 p.m. to several 911 calls reporting gunshots in the Progress Village area of Tampa. Once there, they found a man with a gunshot wound and took him to Tampa General Hospital, where he was pronounced dead. Mr. Williams was arrested and charged with murder this week.

Mr. Williams had a criminal history that included previous convictions for burglary of an unoccupied conveyance in 2012 and being a felon in possession of a firearm in 2018, according to the sheriff’s office.

Mr. Williams was eligible for release before a judicial order authorized the release of certain county inmates, and was issued a bond of $2,500 for drug charges of possession of heroin, a third-degree felony, and possession of drug paraphernalia, a first-degree misdemeanor.

As such, the sheriff’s office said Mr. Williams met the criteria outlined in the order, which authorized the office to release certain low-level offenders in response to the virus’s outbreak. However, this local Florida release still cannot compare even faintly to the recent release of all the inmates from the heavily-Jewish Federal “luxury” prison at Otisville, New York.

Confessions of a Mall Rat

… Only killers on death row have right to quick painless death. Quadriplegics and cancer patients have no right to assisted suicide to shorten months of slow dying… http://human-stupidity.com/irrationality/stupid-dogma/assisted-suicide-death-dignity-right-die There was a Hemlock Society and a couple who were members. They were former neighbors and friends—he a late professor emeritus of biology and an articulate philosopher. They were slowly, excruciatingly disintegrating from rheumatoid arthritis. Search for “helium hood” online and you’ll probably not find anything except perhaps history because I’ll bet publishing plans to make one and instructions to use one is “illegal.” You’d likely find that suicide is illegal in most “jurisdictions.” And, if it is your responsibility to insist upon physicians taking no heroic measures to “save” one including spouse, parent, child, or other loved-one in such straits… Read more »

Capitalist democracy is as genocidal as its guardian angel Communism. HUNGER, Oppression, underemployment and the misery inherent in them, abortions and plunder wars are on the agenda of these two disastrous ideologies https://www.unz.com/gdurocher/hitler-and-or-chomsky-on-capitalist-democracy/#comment-3864969 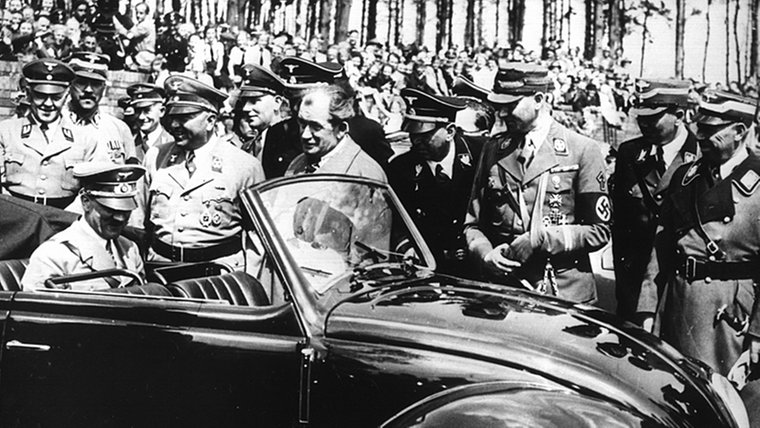 On April 28, 1937, Volkswagen was founded from Hitler’s Germany

On this day in 1937 the Third Reich founded the Society for the Preparation of the German Volkswagen mbH, which was later renamed Volkswagenwerk GmbH (1938). The project was one of Adolf Hitler’s many social projects within the framework of Kraft durch Joy (KdF). https://www.unz.com/gdurocher/prominent-afro-french-comedian-calls-for-rehabilitation-of-adolf-hitler/#comment-3864824