As revealed to Arman and written down by H. Millard

We believe that the Divine has now entered the process of natural selection and evolution. This began millions of years ago and caused the eventual creation of White people out of earlier forms — starting with the first life that turned minerals into living organisms that could make more like themselves.

However, we also believe that, due to miscegenation and other factors, our further evolution has been slowed down and today we find evil forces trying to stop our evolution completely and have us either die off or blend ourselves away as White people into non-White genomes by miscegenation (mating with non-Whites).

Although we who follow this belief system do not consider any so-called holy books other than our own Teachings as holy, we believe some of these other books have some mythologized stories that, when stripped of the fictional components, point to some truths.

Is it possible that the Jews stole the myths of other peoples and edited out the most important parts, the parts they wanted to suppress? For example, what about the Biblical tale of Adam and Eve? Perhaps it was really many Adams and Eves and that story is about the creation of the first truly White people who were then to live in “Eden” and replicate themselves until they overflowed and then would start moving into other lands and eventually become the only human types in those lands. Unfortunately, some of the Adams and Eves mated with the darker peoples who were already in existence and this miscegenation was mythologized as “original sin.”  Baptism in water was perhaps also appropriated and changed by Jews away from its original meaning of a mythological and ritual way of washing away the non-White DNA; but of course that doesn’t work.

This is usually presented as natural selection, which essentially says that those individuals in populations with certain DNA components (genes) that give them a survival advantage will tend to have more offspring and pass on their genes and that these survival-advantage genes will eventually become the norm in the population as the less survival-oriented genes will naturally disappear (as those carrying them will have fewer offspring). This is often a very slow process for humans. But not so slow for viruses. Witness the evolution of the Covid virus. Yes, the process just enumerated above is what is happening with Covid. The principle is basically the same for all living organisms that we know about and which are found on Earth.

A key to the above evolutionary strategy is that organisms will have many offspring. Humans and evil-doers have short-circuited this process by artificially holding down our births with birth control, promotion of homosexuality, promotion of small families, promotion of  abortions, promotion of miscegenation.

However, there is another principle found in evolution called saltation that can occur and Whites may not have to wait millions of years to get our evolution back on track as we believe God wants us to do. Saltation is a sudden jump in evolution and can happen very fast. We believe that God is helping with our evolution and may also be helping with saltation. But, again, even saltation requires that someone be born with the right genes that constitute the sudden jump. This means we must increase our White birthrate.

We believe that we have now reached a time of great evil in which the evil forces discussed above are today pushing for more homosexuality, more abortions, more birth control — and anything and everything to have Whites lower our birthrates of pure White children. Why? Because, to repeat, evolution requires many individuals be born so that the evolutionary process can pick and choose between various parts of the DNA code. We further believe that God, because of the widespread evil today, is now, again, more  actively entering history and that’s why true revelations, mostly about the selection of Whites and how we should believe and live, have started in order to help correct things and defeat the evil.

But what about our White skin and other White features; why are they important, why must they be saved? The answer is that we believe that our White DNA code, our genes, our flesh and blood, our biological selves, are all products of our Divine-tweaked DNA code and that these White features are necessary for us to have a special link to the Divine such that we are living, breathing prayers to God in flesh.

These outward signs of our selection, our white skin and white features, are not just trifles to be overlooked and ignored — as some of the evildoers want us to do in this present dark age as they use such dumb statements as “we should not look at skin color” but only at “the content of the character” of other humans.

God waves (or vibrations) can be thought of as being a little like radio waves. As most of us know, radio waves are all around us, but we can’t hear them unless we have the right receptor (a radio). We believe our White skin which is part of our DNA code is sort of like a radio antenna that picks up these vibrations or waves that God has all around us. But due to miscegenation, few of us really receive the full force of such vibrations as they are sent.

I’m mixing metaphors, but thinking about this might be helped if we think about how some people are color blind and can’t see certain colors, while others with the right DNA code can see those colors.

This is all to say that you are presumed to have enough of Our Code based on your external characteristics — but you may not actually have all of the needed codes, and this is determined by whether you feel the call of your blood to be White and follow the Sacred White Path and not be tricked into being less White. Are you a true believer in Whiteness, or not? Do you feel it in your bones? Or have you gone over to the evil side, and believe in universalism instead of the particularism that is needed for our safety, our improvement, and the evolution God demands of us?

God has built in the concept of self in many ways: self-control, self-improvement, self-actualization, self-realization, self-replication, self-determination, self-confidence, self-motivation, self-esteem. In other words, God has created you to be almost autonomous and to help yourself — and your kind, and only your kind (the White kind) throughout life, and to not expect God to carry you and make every small decision for you. The life of all pure Whites is also your life and your self. You must follow God’s teachings and if you can’t do so, you prove thereby that you may not have been fully genetically selected by God, perhaps because you have been infected  with too much genetic pollution.

A War of Words 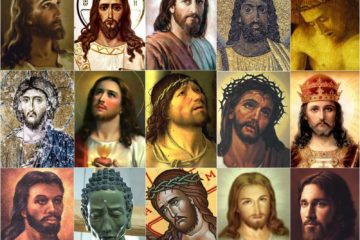 A Surfeit of Jesuses 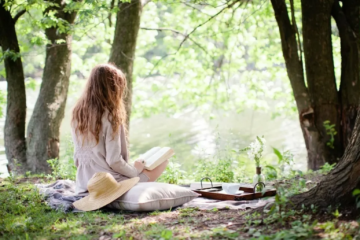 This is an excellent article however I do have one other thing to add. I believe that Darwin has come back to haunt us in ways that are entirely unexpected. The major thesis o fhis “Origin of Species’ is that the concept of “species’ is an artificial construct and that all living thing, whether they be a plant, a cow, or a two legged hominid are all inter related and they simply branched off in differnt directions on the tree of life from one primoridal ooz in the distant past. Thus all two legged “humans” are distant cousins of each other. By contrast our ancient ancestors, back before the dark times of Judeo-Christianity, were extremely successful in keeping their race pure because we were taught from a very early age… Read more »

Today I stood at the checkout of a supermarket behind
a Negress who needed five minutes to count her small
change (with the help of the cashier). Then I knew why
the Jewish world rulers want to introduce “electronic mo-
ney” so that the payment transactions take place smoothly.

White Supremacists are Jews, not white

What’s truly amazing is that the White Race has allowed themselves to be duped into taking a bioweapon injection that is designed to kill them. They don’t even suspect the Jews of being behind this, probably the GREATEST Jewish crime against humanity EVER. And still, to this very minute, the pressure continues for mandating vaccinations for all, OR ELSE ; no groceries, no restaurants, no gyms, and soon, no SS checks for the older folks. Yet all we know how to do is sit behind our computers and type type type our grievances away while doing nothing to stop the hell. What a pity. I love my race, but there are times when I just look at it all and say “We deserve this ; we deserve to be wiped… Read more »