THE VERY concept of “victimhood” is the invention of Jewish wordsmiths. Before Jews, “victims” were considered “losers” in a conflict. But, of course, it would not serve Jewish interests to think of Jews as losers, would it?

The difference between Jewish “victims” and Palestinian “victims” lays in who makes the claim. It was not the Palestinians that began whining and complaining about perceived “victimhood” but others who, having been programmed by Jewish wordsmiths, began assigning them the status of victims of Jewish genocide.

By contrast, the Jews’ own victim status is self-assigned and self-professed. If it weren’t for the Jews’ whining, kvetching, gnashing of teeth, and rending their garments, no one would have ever considered them as “victims” of anything. One major reason for this self-assigned status is to drown out the Jews’ culpability for past criminal actions that resulted in their being driven out of every host culture they infected in the past.

The same is true for the Negro. If it weren’t for Jews, the American Negro would be considered the most fortunate of all Africans. After all, just how much does one have to be “victimized” to afford a new Mercedes SUV?

How much “victimhood” do the American Negroes suffer in being freed from their murderous, primitive, tribal brethren that once enslaved them and now prey upon everyone on that dark continent, especially the White race, who of course are never assigned the Jew wordsmiths’ privileged victim status that might be critical to their survival.

Jewish history is nothing if not one long, tedious, tiring account of their “victimhood.” Even their god victimizes them, despite his choice of the Jews as his private reserve of humans.

In this myth, one is required to believe that, after destroying Jerusalem and eliminating all the Jew troublemakers throughout Judea, the Roman Legions chased a tiny group of insane Jewish fanatics deep into the desert.

To believe the Masada myth, one must believe the Roman Legion, X Fretensis to be precise, along with numerous auxiliary units and of course, Jewish prisoners of war, totaling some 15,000 men and women, of whom an estimated 8,000 to 9,000 were fighting men, laid siege to 960 Jews in Masada.

One is to believe this huge military contingent surrounded Masada and built a circumvallation wall before commencing construction of a siege ramp — all to eliminate a tiny group of malcontents. Seven years building walls and ramps in the desert heat? Seven years providing support to a huge Roman garrison in the middle of a steenkin’ desert?

Ya sure, you betcha! And what might that seven-year siege have cost Rome? All this effort to overwhelm a few “brave” rebel holdouts that then kill themselves, to deprive the Romans of their victory? Oy Vey! How much more victimized can one be?

Yet, would it not have been far more effective for the Romans to take a tiny portion of the money required to fund such a lavish and lengthy siege and post it as a handsome reward for the head of every Jew brought back to Jerusalem? Such an offer would have most likely even interested some of the Jews holed up at Masada.

Would it be too much to ask for Roman records to support the claim that this massive operation existed? Surely they must exist for an operation of this scale. After all, look at all those Nahdzee records showing the massive logistical support required for the Hallowedhoax operation. Are these records not proof positive of six million tragic Jewish victims of Nahdzee atrocities? What records, you ask? WHAT RECORDS? What nerve! What temerity! What chutzpah! To dare question the poor, tragic victims of Nahdzee hate!

The “truth” is, a handful of insane Jews were so important to the Romans that they would go to the ends of the Earth in pursuit of “victimizing” them. Of course, by their own admission, Jews are always that important. Just look at the length evil Nahdzees went to genocide them. And why not, aren’t Jews god’s own chosen victims — er, I mean — people?

Like all the other Jewish myths, Masada provides critical underpinning for the Jewish victim culture that has no real historical foundation as opposed to the mass of historically validated accounts of their criminal graft and corruption.

At the culmination of their military training, IDF graduates are taken to Masada for a reverent initiation ceremony. “Look bublas, this is how the victims of poisecution fought to their death.”

This type of victim thinking is the basis for the Jews’ so-called “Samson option” concept that says Jews are much better dead when bled with “victimhood.” Samson was yet another Jewish myth of the glorious, suicidal Jewish victim. They probably should have called it “the Masada option,” but that would not have fit the Biblical bill.

But the day will come when Jews become mere losers instead of exalted victims.

Jew Slaving
Voltaire on the History of the Jews
Stories From Our Chilly Northern Home
The Ideological Roots of Zionism
To Understand Why We Are Losing Our Freedom, Look to the Jewish Influx
Why Jews Must Be Excluded From All White Societies
Eckart and Hitler on Jewish Bolshevism, part 2
On the Jews' Claim to Palestine
Tags:Ancient JewsCompetitive VictimhoodJewish HistoryMasadaMythsRomans

Jews even made a TV Miniseries about Masada, because Jews always like to consecrate their lies by creating fake dramas about their fake martyrdom.

HAHAHAHAHAHAHAHAHAHAAAAAAAAAAAAAAAA, POIFECT !! Just like the Jews cemented in the grates decades later at Auschwitz onto which the Zyklon gas was dropped and then brought in Hollywood movie makers to film an epic about the gassing of the Jews that never took place. The world sees the lies EVERYWHERE. Every time a Jew opens his mouth, it is a LIE. https://jdstone.org/cr/pages/sss_mluther.html Make America country #110 and do it NOW.

Once Germany was defeated, it was necessary to create a white golem (Myth)..
The question is: How do we break free from the current anti-white establishment?
One of the ways is by creating autonomous systems. Financial, media, social, cultural, educational. And in the territorial future. Do not allow the parasite in white communities. That is the great challenge.

Great image! The perfect intro to the essay.

Have you ever noticed the peculiarity of how quickly jewesses age? At 40, they already look 60, hence the many facial surgeries. Today I was struck again by how in the process of aging, the typical jewish facial traits are becoming more and more evident among them. If you didn’t know that William Shatner (orig. Schattner/Shadower) was “James Kirk”, you’d just think he was a fat old jew. Those strange “Asian” (Khazar) eyes. While he was marketed as a “white European” in his youth, nowadays he could at best be considered an Israeli politician with that mug. 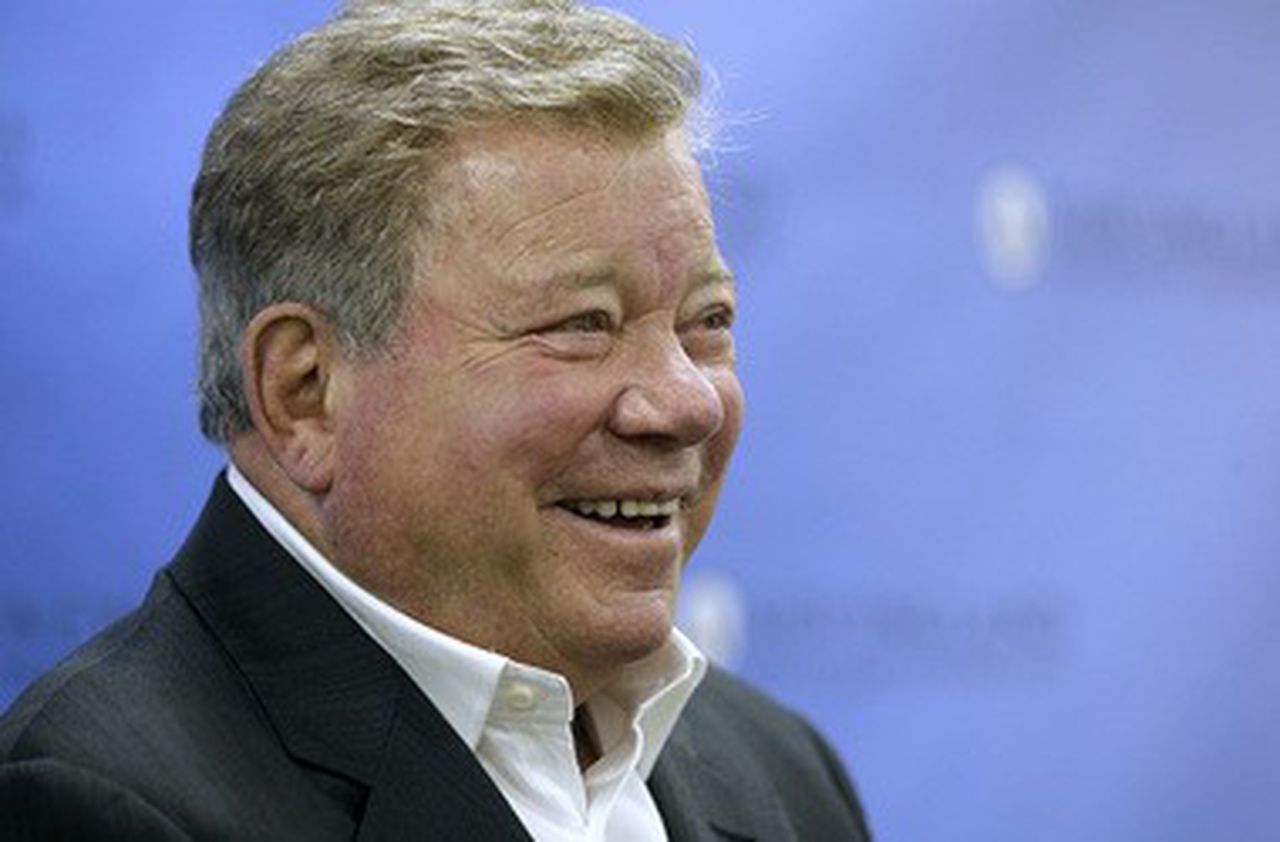 Exactly described mechanism of the “jewsual suspects” (David Duke). To turn everything into its opposite belongs to the Janus-faced double nature and its destructive mode of action in the world. In this way, they can interpret everything to their advantage at any time. The devil is a contortionist of words (rabulist) and always “sh*ts on the same pile” (mammonist). https://wir-sind-horst.de/the-satanic-verses-of-judaism/

Masada is the Jewish Thermopylae, but of course, with a twist. By deception they do war.

Jews are sensing big trouble ahead…and his mother is lying:

“But in the context of today’s internet and its ability to proliferate such hate messages exponentially, efforts to prosecute modern-day Zündels are virtually fruitless.

“Either this guy is lying, or my mother, an Auschwitz survivor, is lying,” recalls Dr. Weimann.

As large networks of people spread lies and hate through social networks 76 years post-Auschwitz, Dr. Weimann maintains, “not too many survivors can deny the deniers. The fight against messages online seems impossible.”