JEWISH HOLLYWOOD mogul Harvey Weinstein has been in the news a lot recently after the New Yorker printed a superb piece of investigative journalism by Jodi Kantor and Megan Twohey. Where they detailed how Weinstein had long abused his position as the founder and head of the Weinstein Company as well as formerly Miramax to sexually abuse and molest female employees and starlets. (1)

This should be no particular surprise since Jews have long had quite the problem with rape and sexual molestation within the ranks of their tribe. (2) What hasn’t been mentioned in the multitude of media coverage — and I’d almost say deliberately played down and ignored — is that Weinstein and his defenders are almost without exception Jewish and his victims non-Jewish.

Take for example his principal attorney and public advocate Lisa Bloom — daughter of Jewish actress Gloria Allred (nee Bloom) — (3) and staunch public defender of Weinstein’s ‘integrity’ Jewish fashion mogul Donna Karan — founder of the famous brand DKNY — who suggested that the non-Jewish women were simply ‘asking for it’. (4) Jewish actress Mayim Bialik has also been quick to defend him and claim his victims are in effect ‘immodest whores’ (5) as has Jewish Hollywood director Oliver Stone. (6)

Former Disney Chairman and fellow Jewish Hollywood mogul Jeffrey Katzenberg has half-heartedly distanced himself from Weinstein even though he almost certainly knew about what his confrere was getting up to and openly hinted that isn’t the only Jewish sexual predator in the upper echelons of the industry. (7)

Jewish Libertarian Cathy Young has also taken to the pages of the Jewish Daily Forward in an effort to warn the goyim — who clearly just don’t understand the moral necessity of Jewish womb imperialism — not to ‘start a witch-hunt’ (as has Robert Zaretsky in the same publication and Naomi Dickson in the Times of Israel), (8) which in other words means that there are likely an awful lot more Jewish sex offenders in Hollywood that need to be shamed and then shot.

While Jewish groups that have been supported by Weinstein — such as the famous Simon Wiesenthal Centre which awarded him its second ‘Truth to Power Award’ in 2015 for ‘humanitarian work’ with ‘Shoah survivors’ — have not only not condemned Weinstein, but actually refused to rescind their awards to him. (9)

Compare that to his known victims, which have included:

Well that’s because only one of the dozens if not hundreds of women (Rosanna Arquette) that we now know that Weinstein sexually assaulted, molested and raped were Jewish. They are nearly all non-Jewish and even more specifically: of European origin or extraction, while Rosanna Arquette is that rare phenomenon: a blonde Jewess.

Evidently this is a distinct preference on Weinstein’s part since both of his wives — former Mrs Weinstein Eve Chilton and the current Mrs Weinstein Georgina Chapman — have both been non-Jews of European origin or extraction. (26)

We also know for a fact that Weinstein’s Jewishness is also a factor in his sexual exploitation and rape of these non-Jewish women.

Since as Kantor and Twohey wrote in their article in the New Yorker:

‘Mr. Weinstein was a volcanic personality, though, given to fits of rage and personal lashings of male and female employees alike. When a female guest of his had to wait for a hotel room upgrade, he yelled that Ms. O’Connor would be better off marrying a “fat, rich Jewish” man because she was probably just good for “being a wife” and “making babies,” she wrote in her memo. (He added some expletives, she said.) His treatment of women was sometimes written off as just another form of toxicity, according to multiple former employees.’ (27)

In other words; non-Jewish women should have sex with — and preferably marry — ‘fat, rich Jewish men’ because that is all they as non-Jews — and probably shiksas (literally ‘non-Jewish whores who secretly crave sex with Jewish men’ according to Jewish culture as well as Judaism itself) — are capable of doing. Thus Weinstein feels entitled to their ‘sexual labour’, (28) because he is a Jew — i.e. a powerful member of God’s chosen people — and they are a sub-human vessel that should honoured to be raped and sexually humiliated by a Jewish man.

The idea that his Jewishness is incidental to his conduct is put to bed by the fact that he specifically states that the ‘fat, rich man’ should be ‘Jewish’ when he had no need to do so and dismisses the claim that it was just a ‘power’ or ‘class’ thing.

Why mention Jewishness if it isn’t a factor and why is there only a single Jewish victim?

That isn’t likely to be a coincidence no matter which way you wish to slice the evidence.

The fact that he has only now been ousted from his own creation — the Weinstein Company — (29) is actually evidence of this, because his brother — Ben — and his own fellow Jewish directors and executives knew exactly what Weinstein was up to, but refused to do anything about it. (30) Even though Ben Weinstein himself has now been accused of doing the same things as his brother (31) and this is likely to cause the Weinstein Company to fold or be sold. (32)

Hence why there is now an open police investigation in regards to Harvey Weinstein’s behaviour, who knew about it and did nothing as well as looking into the suggestions that he was not the only one. (33)

After all; all but one of the victims were just non-Jewish women.

Who cares about them: right?

No matter how desperate the Jewish media is to reclaim the narrative as a feminist cause célèbre and ‘proof of rape culture’; (34) the fact remains that Weinstein sexually assaulted and raped non-Jewish women of European origin and/or extraction — not Mexicans, Chinese, or Indians.

That is no accident.

Ingrid Rimland Zundel Has Passed Away

I do wonder when the cabal will formulate a response to this “attack” on a nice jew.

Perhaps a new term will be created “semen libel” – and it will be codified in “hate crime” laws to ever speak of a jew committing a sex crime, just as “blood libel” calls stop any discussion of jewish ritualist murders throughout history into the modern era.

At some point jewish rapists will have protections by “our” laws just as the mohel perverts do when they drink the blood from mutilated infant penises.

Their depravity knows no bounds, nor does their intent to silence us as they exterminate us.

What a sensational photo of the three disgusting Jews and the disgusting mulatto. At some point enough of our people will cease hating us White loyalists, will join with us and begin hating these “respectable” anti-White racial aliens.

KR: Rosanna Arquette is that rare phenomenon: a blonde Jewess.
—

Not so quick. Ms. Arquette became a blonde later in life, sort of like the Negress Beyonce did: 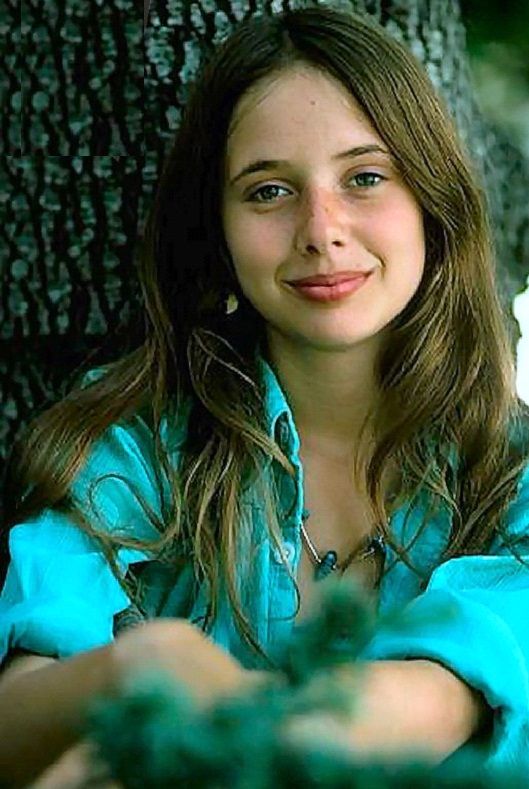 Fortunately he did not impregnate any of his victims. Not that he could with all his kosher blubber he’d have to put in a halter.

White girls who go to Hollywood are slaves to fame and fortune. The majority are race mixers. I have no sympathy for the so-called Weinstein victims. None had the courage of their convictions until a few brave girls exposed the Jew boy. Now they’re coming out like angry bees. Free publicity in the vain hope of attention.

@cc gets it. The white-knighting here is through the roof. Oy vey, these poor innocent widdle white girls, let’s call in the white armoured cavalry…

The main article references controlled media and jewish media for revelations on Weinstein. But this reveals a divide on how jews’ control public discourse in the US – is it monolithic, as PC seems to show, with a carefully managed trickle of information provided to give the impression that there is free speech once a cat is out of the bag, or is it a patchwork of grabby jews being jews and independently acting to hide unfriendly truths from da goyim in venues jews control, contrasted by jews’ revelations in media just for jews, e.g. [warning: obnoxious sexual content] http://www.tabletmag.com/scroll/246724/the-specifically-jewy-perviness-of-harvey-weinstein. Or, does it matter which view is correct? I first saw neo-fascism viable after an earlier Hollywood mess – the OJ Chimpson murder trial, witnessing incompetence and Western placidity steeped… Read more »

A correspondent sent me a hard copy of the article from The Journal of Nervous and Mental Disease, Volume 192, Number 3, March 2004, (pages 242-246) entitled “Hypersexual Behavior in Hasidic Jewish Inpatients.” He included a note, “This is highly relevant to Harvey Weinstein and his ilk. You might want to post this on your site.”

He’s right that it’s relevant. Perhaps someone can find that three-page article article online for sharing with others. Authors of the study: Nancy J. Needell, M.D., and John C. Markowitz, M.D.

A slow, direct link to the abstract is at https://journals.lww.com/jonmd/Abstract/2004/03000/Hypersexual_Behavior_in_Hasidic_Jewish_Inpatients.11.aspx
Often the full article in such journals has graphs of statistical analysis to support the author’s points, and this article is only 4 pages long. This study focused on only one hospital and year, so it’s labeled “anecdotal”. Indeed, considering the size of typical Hasidic families, a single family could have provided all of the dysfunction a mental hospital needs.

If only the US could go back in time and see what they were fighting for against the Germans. Although the Germans went to excess, so many of the stereotypes are true. I have grown up trying to see all as equal. But damn, Hitler had it all correct. He could see the future!!

Not to beat a dead horse, but this interesting, adult-content video says a lot about Hollywood entertainment industry: https://nypost.com/video/hollywoods-creepy-habit-of-joking-about-sex-crimes/

The celebrated scientist Ivan Pavlov claimed that the: “Russian revolution was made by a [JEWISH] madman with syphilis of the brain.” Lenin (Vladimir Ilyich Ulyanov) said, “The establishment of a central bank is 90% of communizing a nation.” JEWRY IS THE MOTHER OF MARXISM “We cannot state that all Jews are Bolsheviks. But – Without Jews there would never have been Bolshevism. For a Jew nothing is more insulting than the Truth. The Blood Maddened Jewish terrorists had murdered 66,000,000 in Russia from 1918 – 1957.” “Between the years 1917 and 1991 preceding the collapse of the Soviet Union, it is estimated that Communist Jews murdered somewhere between 60 and 135 million innocent people.” Alexander Solzhenitsyn “The revolution in Russia is a Jewish revolution” The Maccabean (New York), Nov. 1905,… Read more »

Rossana Arquette is only half Jewish, something that Weinstein was well aware of.