Her efforts helped to bring 1,000 babies — considering the social structure of the times and the location, probably all of them White — into this world.

A LEGENDARY MIDWIFE, Orlean (sometimes also spelled Orelena) Puckett plied her sacred and very necessary trade in the Appalachian Mountains in southern Virginia for more than 40 years. Orlean Hawks Puckett’s legacy of fortitude and goodwill has survived for generations. Her story exemplifies the strength of the Old America’s women in the 1800s and the early 1900s.

Born in North Carolina circa 1839 (some say 1844), Orlean Hawks Puckett received little formal education before she married John Puckett at about age sixteen. They settled close to his family near Groundhog Mountain in Patrick County. Her first child was born in 1862 but died a few months later of diphtheria. Of her 23 subsequent pregnancies, none of the children born living survived more than a few days, possibly as a result of Rh hemolytic disease.

Orlean Puckett and her husband moved in 1875 to a nearby farm in Carroll County, where he built a two-story log house. She first served as a midwife in 1889, when no doctor or other midwife could be found for a neighbor. Puckett soon began traveling around the region, sometimes up to twenty miles distant, to deliver babies. She never charged for her services and became known throughout the area for her compassion and skill, having never lost a mother or baby during the more than 1,000 deliveries she attended.

She was an unselfish woman who did whatever she could to be of assistance to her friends and neighbors. She was sought out far and wide by expectant parents because of her compassion and reputation as a competent midwife. Her helping style made people feel confident and at ease. Her capacity to practice her craft in a supportive and compassionate manner was the inspiration for the founding of Ahseville’s Puckett Institute, named in her honor.

Orlean moved from her home in 1939 because of the construction of the Blue Ridge Parkway. However, she died three short weeks afterward. A small cabin on her property was preserved by the National Park Service, and is known as the Puckett Cabin.

Her last delivery was of her great-grandnephew in 1939, the year she died.

The Puckett Cabin is preserved at Milepost 189.1 on the Blue Ridge Parkway in southern Virginia.

The interested reader can learn more about Mrs. Puckett in Karen Smith’s book Orlean Puckett: The Life of a Mountain Midwife 1844-1939 published in 2003 by Parkway Press (Boone, NC).

Even those whom fate has denied their own children can advance the lives of their racial kindred, including children of the next generation, in very significant ways.

Hungary's Answer
Her Name Is Wilma Hochstetler: White Woman Murdered by Group of Blacks in Indianapolis
UK: White Children Increasingly Live in Poverty
One Million Moms Put in Their Place by Jewish Capitalism
White Girls Afraid to Report Rape: In the Shadow of Shame
A Small Taste of What Happens When You Send White Children to School With Negroes
His Name Is Rowan Sweeney
ISIS Trying to Kill Off Remaining Whites in Northern Iraq
Tags:AppalachiababiesWhite ChildrenWhite Women 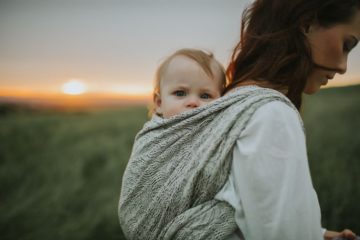