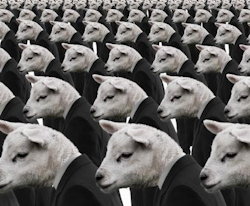 INTRODUCTORY NOTE by John I. Johnson: Why are intelligent (in the sense of high IQ) people so often malevolent (e.g., leftwing totalitarian and anti-White)? We need to go beyond conventional explanations of IQ to understand this. For example, Revilo Oliver and Willis Carto spoke of “mattoids,” individuals who are brilliant but also mentally unbalanced and highly destructive; and, on a larger scale, many who are very bright are also authority-worshipping conformists.

HIGH IQ people are usually just as brainwashed as low IQ people. I noticed this phenomenon back when it still wasn’t nearly as clear to me as it is now. I have two closely related theories about this.

One is that being able to see the world as it really is, independently of any outside conditioning (the media, books, academic “theories,” etc.), is almost certainly a totally different mental ability from what we normally think of as intelligence, and most intelligent people simply don’t have it any more than dumb people have it. Most people, both stupid and bright, are totally incapable of taking in the world without some mediating factor, without some interpretation from outside themselves. They simply cannot see the world as it is on their own, and they require that their theories of the world be provided by a book or from those in authority.

I remember noticing this years ago about a friend who shared my views but has since abandoned them. I would show up at his house to go out for dinner, and I would typically be worked up about something I’d noticed, perhaps something to do with race or the government, etc. And I recall that his response, even when he agreed with me, would almost always involve referring to some book or another, or to some author or another. “Well, Nietzsche says this,” for example. I always thought this so odd. Sure, we were both college kids at the time, young, and both of us big readers. But I nevertheless always wondered: Why don’t you just give me your take on the matter? (He is an academic now of course.) Well, in retrospect, I don’t think most intelligent people are capable of truly independent thought, and I think one reason is that they simply cannot read the world itself — they can only read books!

My other theory is based on considering inner emotional life: I also simply don’t think that most people emotionally have what it takes to think in a truly independent way. It takes a lot of guts to stare down all authorities and say — even internally, to oneself — you are wrong! Most people are not wired in such a way that they can do this. Why? Well, I’d say it is because of natural human conformism and the natural human deference to authority.

The Holocaust Problem
The Racialists are Right. Again.
A Tale of Two Races
The Paretian Distribution of Intelligence
Liars Lying About Lies
Intelligence, Skill, and the Biological Basis of Morality
Anyone Notice a Pattern Here?
Race and IQ: the Case for Genes
Tags:ConformityIQ

The Corruption of America's Police by the ADL 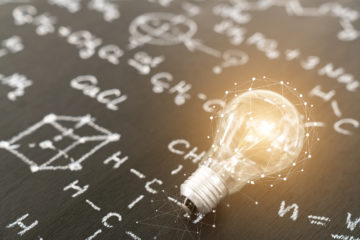 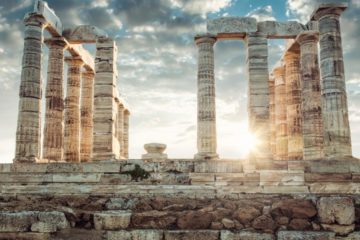 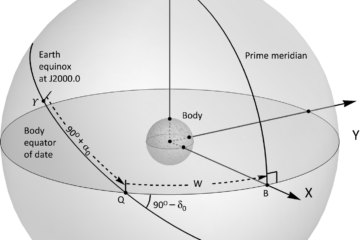 It is completely true. Excellent article. I, myself, have thought about this quite a bit. Book learning must be balanced by acting in the real world—sweating, striving, using one’s muscles. To not do this is not only to be blind, it is to be only half-alive. In the same way, I think that every young man would be benefitted by squaring off with an opponent in the boxing ring, wrestling ring, or kumite area. I realized that, in my youth I was afraid to enter competition karate because so many people got their noses or ribs broken. So, in my forties I took taekwondo, and entered competitions. It was not quite the respected but yet free-wheeling art it was in the seventies, but psychologically it bumped me up a few… Read more »

I came into this cause BECAUSE an intellectual, with a very high IQ, had read alot of books on the, WW2, holocaust, race, Jewish power, etc. In turn he told me about it. He also turned one of our country’s most known politicians of all time in the Israel/Palestine “conflict” and convinced the editor of our country’s fourth largest newspaper to write an editorial stating that Norwegian troops in Afghanistan were just helping drug trafficking and that was why they were there. I see that the article says “mostly”, but I would like to correct the author by saying that what he is talking about are semi-intellectuals. Intelligent is the one that can combine several pieces of information and apply them to the real world. When it comes to brainwashing… Read more »

Randites such as the one described here….

…characterize this condition as “social metaphysics.” Then of
course, the cult leader will step in prescribe a cure for the
condition and in the process, relieve you of everything that
describes you as a person. Perfect example of the dog chasing its
tail, were it not so dangerous that this Randian worship has a
sizeable portion of the thinking White population in its grip.
Obviously, more thinking is required. A good starting place would
be to address the Jewess Ayn Rand by her real name, Alisa Zinovievna
Rosenbaum. Once done, a natural process of discovery will begin.
Take my word for it. I have been there.

THE NEED FOR ACTING AS WELL AS THINKING Let me give you the cold hard facts. The Jews represent 2.5% of the total American population, and less than 1% of the total population in most other western democracies. The Jews are parasites and cock-roaches – filthy kikes – vampires that exist by feasting on the blood of their hosts. The operative word here is host. Without a host a vampire soon dies – so what has happened to white people over the last 100 years or so? Why do white people encourage the vampire to feed upon them? Why do white people do nothing, when many, probably 5% of white people know what is happening and probably 25% or more have some inkling that our society is in a terminal… Read more »

Ever wonder what our planet would look like if we lose
our war with the Jew? A fascinating view of Earth in
the remote future and Caucasians, having failed to
rise to the occasion, are replaced by the Rogaviki
warrior-folk:

As someone who has been a Mensa member for more than a decade, I can report that just as many people of high intelligence are dupes of our political establishment and have been suckered by multiracialism as people of average or lower intelligence. There are two factors at play here: One is that highly intelligent people usually have a lot to lose career-wise if they become publicly identified as racialists, and as a consequence they keep their heads down, take their fat salary and say nothing; The second, and this is the most important and not just for highly intelligent people, is that most people base their decisions on emotional factors rather than logic. Then having made a decision on that basis they construct a pseudo-rational argument to support it,… Read more »

I suppose it all depends on which books one decides to read. I do so like the non gov-approved books. Written by so called heretics. Especially historical, political and law of economics. And then search out the authors who writing about the events and how it affected everyday life then, and then I contrast what they were saying then vs. now.
And, talking about pugilistic competition in the 1970’s there was nothing better than a biker or a cowboy bar to hone one’s mettle. Friday and Saturday nights were the sweet spot.
After the ruckus a cold one and everyone was friends again.
Ah, those were the days.

Merry Christmas all
noman in Arizona.

Contrary to the laws of physics and common sense, two airplanes brought down three NYC skyscrapers on 9/11. Architects trying to get to the fundamentals have discovered something interesting. “If you start evoking their high school physics, they just tune out. But if you can say, look, this was a cop who was on the scene, and he says there was an explosion that was so strong it picked him up and threw him across the concourse — well, they can relate to that.” — Graeme MacQueen http://www.ae911truth.org/news/247-news-media-events-wtc-explosions-described-by-the-people-who-were-there.html Perceptions, even among Caucasians, are more easily related to than conceptions. The latter involves a focused effort, a deliberate drive to identify issues as they are, and this is the essential fear of the Eternal Jew. I am hopeful that our race… Read more »

Many so-called intellectuals or educated people have lived relatively sheltered middle class lives and have not had to deal with the real world. If one’s only contact with black folk is watching “The Jeffersons” and “Sanford and Son” one has an unrealistic view of them. As someone who grew up in a mostly black neighborhood in Miami in the 70s and 80s, I can say that while there are good, hard-working blacks, as a whole they are exactly what the negative stereotypes portray them as. Take it from me, being white in a mostly black area is not fun. It reminds me of the old joke: what’s a fair fight in Harlem? Twenty blacks beating up a white guy. The sheltered intellectuals do not see the world as it is… Read more »