THE “vaccine passport” is meaningless as a health measure, and it can be understood only as a power grab by the elite.

Basically, it comes down to this: Either the vaccine works, or it does not work. And, either way, the vaccine passport idea is total nonsense.

If the vaccine does not work, then there’s no point for anyone to get vaccinated.

The power-crazed politicians and the profit-minded pharma spokespeople keep blathering double-think at us, hoping that we will become confused and regard a worthless vaccine as possibly, maybe, being the same thing as a worthwhile one.

It is very easy to become confused upon hearing what the government and the medical authorities are saying about the efficacy of the covid vaccines and what must be done as a consequence.

In order to justify continuing the mask mandates and bringing back lockdowns, these authorities acknowledge that the vaccines aren’t working.

Obviously, the vaccines cannot both work and not work. Which is it?

But when people are confused, they are easily manipulated by the voice of authority. They just go along with what they’re told. And if they are told, by a malevolent, corrupt authority, to cooperate in their own destruction, then they probably will.

In Australia, these evil authorities have called out the military to enforce lockdown- and vaccine-related laws. They’re going to track people down, and then hold them down, and inject them with whatever mess they’re calling a “covid vaccine” by force.

The predatory elite that hopes to use the Covid Scare as a way of getting our money and gaining control over our lives are striking while the iron is hot. Which is before we get accustomed to yet another endemic disease as one of many, and nothing special.

The vaccines have been proved not to work as claimed — in the important sense that you can still get infected, can still infect others, and can still get sick whether you have been vaccinated or not.

But the rich pharmaceutical companies have political clout, and they want your money. The vaccines they sell are their way of getting your money. They’ve paid off political office holders and probably have some kind of blackmail on them, so that the politicians must obey the vaccine peddlers. Or else.

So you have a lot of doublethink and gas-lighting in current political speech.

Don’t get any of the covid vaccines. Despite what the false Facebook blurb Zuckerberg adds at the bottom of all my posts on this topic might tell you, the vaccines aren’t safe. They’ve killed thousands of people, and they’ve crippled thousands more. The vaccines have injured people’s hearts, made other people’s blood clot up, and they’ve caused still other people’s skin to fall off. Among other things. So it isn’t merely that the vaccines don’t work. They actually cause damage in some people.

Pinterest Blocks All Vaccine-Related Searches
It's Official: Sleep Is "Racist"
Compliant, Obedient, Vaxxed, Infected, Dead Nineteen
The Hypothetical Friend
COVID-19 Statistics and Predictions
The Wonders of Capitalism: You Must Subsidize What Only the Rich Can Get
Corona: Flattening the Curve
Cast Out Your Dead
Tags:Covid PandemicHealthHealthcareVaccines 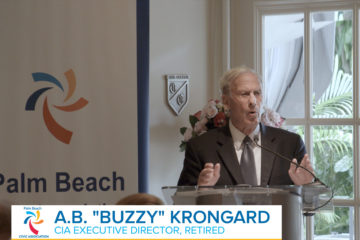 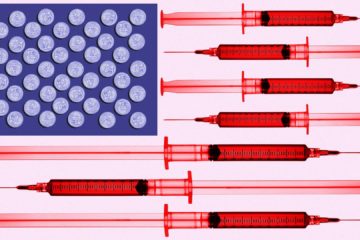 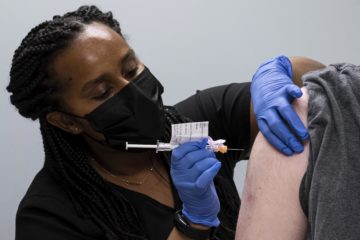 According to UK data, 2/3 of UK population is vaccinated. Yet 46% of recent covid deaths are among the vaccinated. This suggests that, at best, the vaccine cuts the chance of death in half. However, this is less impressive than it sounds. Because the death rate is so low to begin with, cutting it in half is not significant.

Imagine if we never heard anything on TV, in the newspaper or online regarding the mysterious virus that is allegedly taking the lives of untold numbers of people throughout the world. Imagine if we were left to our own observations and experiences and of those we know and come into contact with. Would there be any evidence of the existence of the alleged super-lethal virus called Covid-19? When we go out in our communities, how many of us have actually seen people dropping over from this thing on the sidewalks or in the stores we visited, or seen many more ambulances than usual on their way to picking up a victim who had this virus? How many of us have visited our local hospital’s emergency rooms during these past 18… Read more »

The second to the last paragraph in my first comment is a quote from the following article, which provides more vital information for those who might be considering getting the vaccination:   You can’t sue Pfizer or Moderna if you have severe Covid vaccine side effects. The government likely won’t compensate you for damages either DEC 23 2020 If you experience severe side effects after getting a Covid vaccine, lawyers tell CNBC there is basically no one to blame in a U.S. court of law.  The federal government has granted companies like Pfizer and Moderna immunity from liability if something unintentionally goes wrong with their vaccines. “It is very rare for a blanket immunity law to be passed,” said Rogge Dunn, a Dallas labor and employment attorney. “Pharmaceutical companies typically aren’t offered much liability protection under… Read more »

Where I live, in a deep blue state, you can easily distinguish Vaxxed from Unvaxxed. The Vaxxed always wear masks, especially when they are alone and outdoors or driving all by themselves with windows down.
It’s not an epidemic it’s an intelligence test.

COVID-19: An epidemic? A pandemic? Or just the common flu exaggerated by propaganda? Don’t be naive!

If my suspicions will be confirmed, in the future we will under a crossfire between deadly viruses and vaccines, which could bring protection or destruction. Who will hell know?

Nice succinct article with a very cogent premise that can be communicated. “Either the vaccines work or they don’t.” I like it. Let me add: ALL vaccines are jew poison. Something I’ve been saying for 20 years or so, and that has as much truth and history as one would need to conclude accurate. Lastly, let me take issue with one aspect: Covid, or Covid-19. No such thing save for the name of an ‘op’. There is no novel, new, separate ‘virus’ known as ‘Covid’ distinct from Influenza, and even that descriptor is just the Italian word for influence. Medically, it’s just a catch phrase used for symptoms of healing or cleansing when seasons change or when we’re run down, tired, stressed and need to eliminate toxins. Something that has… Read more »

And to those who have
taken these KILL SHOTS?
I am not going to pull
any punches here in
stating that YOU made
that choice as you do
have freedom to choose
… BUT you all made
the wrong choice and
you will be paying the
consequences for your
own decision……
Perhaps that if new
work is now started to
figure out ways to stop
the horrible death toll
that we will be seeing
come this Autumn from
those who made this
wrong decision. I am
not counting on it.
Their goals are always
what they have been….
death and destruction
to the hated Goyim.

The pharmaceutical industry is a double edged sword. It has provided beneficial medicines that help people cope with pain and despair. On the other hand, it has introduced poisons that stem from questionable research. We, as conscious individuals have to support the former and avoid the latter. Also, just a little reminder for those who have deviated from the main focus of the field known as virology. Here are a few indisputable and irrefutable facts; The word virus is derived from the Latin language meaning POISON This type of research spontaneously APPEARED out of thin air early in the 20th century It is based on a theory of genomics that was CREATED using computer models The complete genetic sequence of ANY single virus has never been isolated or purified The… Read more »

I think they are very much in their right mind, just evil. The war against natural, traditional healing methods started with the Romans slaughtering the Druids, erasing a wealth of knowledge about herbs, massage pressure points, nutritional remedies and such. (((Big Pharma))) and their artificial drugs – many of which are worse than the diseases they are supposed to treat – being the end result. It looks to me like all of the muhScaryVirus-es of the past at least 100 years or so have been either complete scams or at least HUGELY exaggerated, and I’m not so sure how much of the Black Death narrative I believe anymore. Examples: Rabies allegedly kills an average of 60-80,000 people a year – that’s worldwide – almost all of them in 3rd world… Read more »

I see the vaccine as more dangerous than the disease. I have not taken the jab and do not intend to. So far I have not been sick.