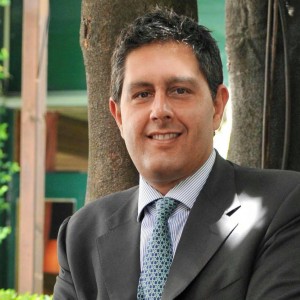 POLITICIANS based in the north vowed Sunday not to shelter any more migrants saved at sea, even as thousands more were being rescued in the Mediterranean from smugglers’ boats in distress. Over the weekend, nearly 6,000 migrants were rescued by several European military vessels, including 2,371 who were saved on Sunday from 15 boats that ran into difficulty shortly after smugglers set off with them from Libya, the Italian coast guard said. The migrants are fleeing poverty, persecution and war in Africa, the Middle East and Asia. Among the northern Italian politicians refusing to accept more migrants on Sunday was the newly elected governor of Liguria, Giovanni Toti (pictured), who is backed by former Prime Minister Silvio Berlusconi and the anti-immigrant Northern League party, and Gov. Roberto Maroni of Lombardy, who asked followers on Twitter whether they agreed with him that “Lombardy mayors must refuse to welcome clandestine migrants” sent by the national government or else face regional funding cuts as punishment.

Thousands Rescued Off Libya in 22 Operations in One Day

ROME — More than 4,000 migrants have been rescued off Libya’s coast in 22 separate operations in one day, and rescuers found 17 people dead aboard a rubber dinghy, the Italian Coast Guard said Saturday.

The rescues, from 13 wooden fishing boats and nine motorized rubber dinghies, took place Friday. In all, 4,243 rescued migrants were being taken to southern Italian harbors, including Sicily’s.

Smugglers are reaping millions by overcrowding unseaworthy boats with migrants on Libya’s Mediterranean coast to set out for Italian shores. The migrants are fleeing war, persecution or poverty in Africa, the Middle East and elsewhere.

Cargo ships and Irish and German Navy vessels helped Italian military craft in Friday’s rescues. Italy has demanded its European partners help more with the migrants, who have been coming in huge numbers this year. Last year, Italy rescued about 170,000 migrants at sea.

The latest arrivals, after several days without rescues, followed a pattern. When seas are rough or weather stormy, few or no boats set out. When a calm spell arrives, smugglers launch as many boats as they can, cramming in more migrants than can be safely carried. Many vessels soon run into difficulties. The Italian Coast Guard coordinates rescues after receiving distress calls via satellite phones from the migrant boats or when the craft are spotted by military patrol boats or aircraft.

The Italian interior minister, Angelino Alfano, warned Saturday that migrant arrivals would continue unabated as long as Libya, where rival governments and violent militias hold sway, is plagued by chaos.

The high cost of rescuing and sheltering migrants while they seek asylum is campaign fodder in Sunday’s local and regional elections in Italy. Matteo Salvini, the leader of the anti-immigrant Northern League, urged voters to choose his party, saying that whoever does not “is an accomplice of the invasion” of migrants into the country.

Interview With Jean Raspail, Prophetic Author of The Camp of the Saints
Madrid: Thousands Rally against Non-White Invasion
Blacks: The Cost Is Too Great
Further Evidence Emerges of the "Trash Trail" March through Europe by Non-White Invasion Force
With Open Gates: The Forced Collective Suicide of European Nations
A Call to All Humanity: Return to Sovereign Ethnostates
Black and Blue Life Matters
Trump's Wall and the Lessons of History
Tags:AfricansGiovanni TotiItalyLibyaNon-White Immigration

When War is Morally Right

Audio Book: The Celebrated Case of The State of Georgia vs. Leo Frank

I don’t think there are enough pizzerias in Italy to employ all those scabs.