A TV NETWORK called Cartoon Network, the target audience of which is children 11 years old and younger, has now officially endorsed, through its Twitter account, a concocted “holiday” called “trans day of visiblity.”

One grandmother reacted rationally — and may I say bravely — when she said, “My grandchildren will never watch your channel again. Leave our children alone.”

A pro-“trans” account calling itself “harry potter and the transgender agenda” reacted to the tweets from what he called “transphobes” critical of the network: “My entire goal on this earth is to trans your kids specifically. That’s just what I’m here to do.” I wonder if the ADL or SPLC or the censors at Twitter will sanction him (or it, I’m not sure) for that statement.

Another “pro-trans” account (picture below) had a more violent solution.

One wit opined, “Imagine someone telling you 20 years ago that in 2020, children’s cartoon networks would be encouraging kids to ‘change their genders’ through surgery, under the frame of ‘being yourself.’ You’d be laughed at and kicked out as a lunatic. What’s coming from the same tribe, I wonder, in 2040?”

Cartoon Network, like most of the “American” media, is dominated by Jews. It is one of the many television networks operated by Warner Brothers. Warner was originally founded by four Jews, Harry, Albert, Sam, and Jack Warner. Today, Ann Sarnoff (née Misiaszek) is the “chair” and CEO of Warner Brothers. She became related by marriage to the early Jewish media oligarch, David Sarnoff (founder of NBC), when she married his grand-nephew, Richard Sarnoff (a “former media executive who works in private equity”) in 1990.

Under Sarnoff, the roster of Warner’s division presidents, vice presidents, and other officers and officials reads like a bar mitzvah invitation list: Peter Roth, Jeff Schlesinger, Jeff Nagler, Jeff Goldstein, Leslie Morgenstein, Mark Kaufman, Mark Pedowitz (what a name!), and many others.

Do not allow the truly evil propaganda of these abusive, genocidal anti-White monsters to be seen by your children. Do not allow it into your home. Protest if you see friends or family allowing it in. Above all, do not pay for it or buy from its sponsors.

Rampant Perverts
Migrant Crisis: 43% of All Rapes in Sweden Are of Children
Lesbian Beats Son to Death for Refusing to Dress Like a Girl
Google Denies it has Agreed to Monitor Anti-Jewish Videos
A Brief History of the Evil God
The Zionization of American Foreign Policy
Dr. Pierce Distances the National Alliance from the "Movement"
How Many Children is Too Many?
Tags:Cartoon NetworkChildrenJewish Media ControlJewsTransgender

Ulysses, could you put all your references into a single link as it attaches to your posting name instead of listing each of them out in your post? They all seem to come from the same website anyway.

You make it very difficult to discern the point of your post.

Greetings and thanks for the comments JM / Iowa 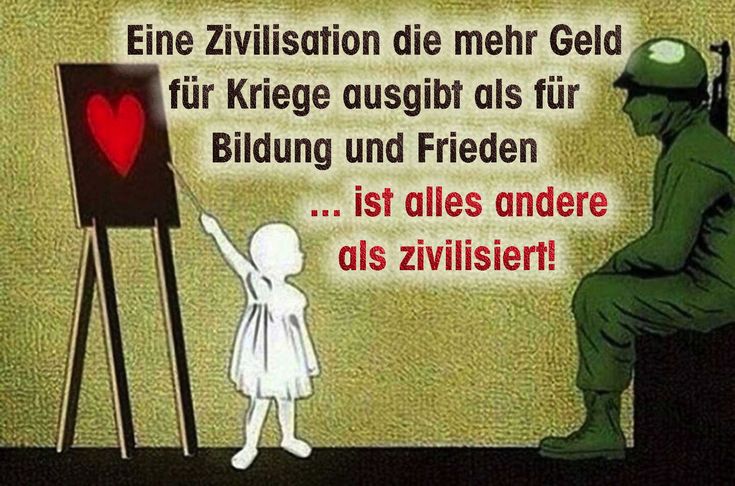 To understand the point of my contributions, it is necessary to note what I am trying to emphasize in all of them: https://die-heimkehr.info/geschichte/der-wahre-grund-fuer-den-zweiten-weltkrieg/#comment-8795

These low life kike scumbags. You need a map of all of the related pro lgbtq companies to boycott. Find out all the companies and investors and boycott them all these sick demented losers.

Unfortunately, it would be easier to give a list of companies NOT to boycott. When I think of all the years as a conservative then a libertarian that I defended corporations only to have them send jobs overseas and subsidize the left, I want to vomit.

I tried once to make an anti-homosexual business network on LinkedIn but no one joined. You are right it is the majority of corporations today that support this. Maybe it is possible to support only sole proprietorship companies. Corporations are by definition evil, a bit like politicians I think ,because they have to pander to make the most profits for shareholders.

It was actually “Strange Days” but I have made it more relevant by substituting the word, “Jews” for “Days.”

The Doors is my favorite band of all time by far. Morrison was a really outstanding poet.

Morrison was one of those gifted Irish poets. He had his problems though. I think it is hard to be a poet or an artist in a regimented and machine-oriented world, a world that wants all people to be pretty much the same.

I’d almost go as far as to say the Doors was the only good band. Modern music really isn’t that good. The Doors really had something with the instrumentals as well.

My daughter gave me Morrison’s book, “The Lords and the New Creatures” several years ago. Morrison was highly intelligent and creative. He liked Nietzsche a lot.

I found some of his books in the library on campus back when I was in college. What amazes me to this day is how on earth he accomplished his life’s work before 28yrs old. It seems to defy the laws of physics. About 5 or 10 high quality albums and a number of books all dense hi quality. It just doesn’t seem possible when combined with the hedonistic rockstar lifestyle.

Jim Morrison and the U.S.S.Liberty………something to ponder.

Thank you for taking the time and trouble viewing the perverted “Cartoon Network” so as to gather the information on how our children are being poisoned by these twisted Jews.

On a side note, “Pedowitz” does seem to represent that Jew channel in both name and degenerate spirit.

Cartoon Network used to have some great stuff that I watched with my kids. So now they’ve gone full retard, which is to say full jew/SJW agenda. Rats.

Greetings Sgt Rock “The people and the race are not the same. “Folk” is a political and cultural concept; “Race” is a concept of biology and natural sciences. The people are a link of destiny: the race, by contrast, is not a political community but the eternal spring from which the people derive their strength. “By setting the Jew apart, I fight for the Lord’s work” Adolf Hitler ” Source: https://sangreyhonor88.blogspot.com/2017/03/doctrina-basica-del-nsdap-sobre-los.html To speak the truth will never be to speak ill of something or someone. https://archive.is/PIIpv#selection-4035.0-4035.165 When reporting and describing that the Thames River is filthy, rotten and fetid, one is not speaking ill of it, but describing its state and nature https://bryanostergaard.com/blog/2018/07/14/on-the-jews-and-their-obsession-with-feces/ “I have glimpsed into hell. The Jews are in control.” (Sir Percival Phillips) https://witness2history.wordpress.com/chapter-2/ “Christian civilization can… Read more »

There is no word that has ever been created that can express how deep the hatred for the Jews in America is. When the SHTF in this country, Jews are going to be defeated everywhere. They are the number ONE target of the White Race and for good goddamn reason. We have all had it up to here with these filthy bloodthirsty subverting cowards, liars, and general psychopathic pedophiles and their endless will to use money they’ve stolen from us to destroy the lives of American citizens. Incredible momentum is gathering all across America for all other races to join the White Race in the war against these hypocrites and criminals. By bringing the Black man to prominence in today’s television world, the Jew is uniting the Black man with… Read more »

Ha! You ain’t buying that nonsense, eh, Doobie? Good for you. …[T]he Black man, now psychologically equal to the White man is joining with the White man who knows everything about Jews and their evil JWO and other juggernauts and agenda, and together with Indians, Hispanics, and Asians are coming together and waking up to the real monsters on planet Earth. TOGETHER we are all going to defeat these perverts.. — Charity is dreaming. Blacks certainly are not “psychologically equal” to Whites, but they, as a group — Black nationalists, anyway — are arguably more informed about Jewish perfidy than are mostly complacent, demoralized Whites these days. See: https://cosmotheistchurch.org/product/the-secret-relationship-between-blacks-and-jews-volume-one/ and https://cosmotheistchurch.org/product/the-secret-relationship-between-blacks-and-jews-volume-2-by-the-nation-of-islam/ The National Alliance and the Nation of Islam are both racial separatist organizations; both oppose race-mixing and both are… Read more »

HAHAHAHAHA keep on being delusional you typical muh anti-raycissst and muh egalitarianism swine.

Charity: Your dreams are all wrong. I am a holocaust truther and about 90% of the USA population is against my thoughts. Other Truthers tell me, it’s 95%. USA has too many dumbed down people, christians thinking jew are god’s chosen, a mass media run by jews.

I’d rather be a “transphobe” than a kiddy-fiddler enabler.