NOW HERE is an idea – what if we decided to live our lives and order our affairs on the basis of truth, honor, and objective reality?  And what if we resolved to teach those values to our children, both in our homes and in our schools?

No, these are not new ideas, or concepts.  And I’m certainly not the first to call attention to them even in these modern times.  Still, it is a very heady thought, when you stop to think about it.

In fact, I would suggest that it is, or at least should be, one of the great general principals of successful human life on the planet.  And for that reason it is a truly profound concept; namely, for humankind to strive to seek, investigate, know, revere, tell, follow, honor, faithfully adhere to, and act on the basis of the truth, whenever possible.  Those are indeed the keys to saving, maintaining, and furthering the good fortunes and future of the White race, and quite possibly the survival of civilization on Earth.

We Whites, as the deservedly dominant majority in America and other White nations, need to renew our commitment to a much more truthful existence, and govern ourselves and enact and enforce our laws by adhering to those principles.  We need to hold the news media accountable, and ensure that they report the truth as opposed to all the biased, anti-White opinion, brainwashing, propaganda, and outright lies that are constantly fed to us these days.  We need to demand that our public schools and universities teach our children the truth.  We need to make sure movies, TV shows, and advertising depict true history and an accurate portrayal of our White society and its core values and norms.  And we need to perpetuate and constantly improve upon our Eurocentric social and cultural heritage based on the knowable facts of biology and history.

What it boils down to — if we Whites hope to survive, we must resolve to act on that dedication to the truth as a fundamental foundation for the racial strength and pride which are our birthright.

The list of areas wherein we must research, come to know,  understand, remember, believe in, and act intelligently based upon truth and reality is endless; but some of the most prominent areas where we must do a much better job of pronouncing and insisting on adherence to the truth, just by way of example, are:

People are mentally imperfect creatures.  Our gift of language and and our ability to reason set us apart from the lesser animals, but they all too often result in susceptibility to manipulation which can cause us to act on the basis of ignorance and lies.  And we are especially vulnerable to that faulty thinking when constantly bombarded with lies and malicious, anti-White propaganda of all kinds.  One example is our tendency to embrace (misplaced) universal, pathological altruism — extending excessive and unwarranted sympathy, kindness, and charity to other races and so-called ‘protected classes’ of misfits and malcontents.  Many other kinds self-debasing and destructive behavior also come to mind, such as drug use, succumbing to Negroid culture, primitive (savage) bodily defacement via piercings and tattoos, excessive eating and drinking to the point of causing obesity (even among young people), acceptance of all the gratuitous sex foisted upon us and our children in all kinds of media, sexual promiscuity, and other misconceived and less-than-admirable behavior.

It is those (and other) defects that could be corrected or at least improved upon by an adherence to some form of socially if not legally mandated truthful and honorable behavior.  It would seem that the general population therefore does need to be ‘controlled’ in some fashion, but by some manner of ‘what’s good for Whites’ authority rather than the Jew-controlled media and government that rule over us now.

Just think about it — if we were to order our society on the basis of truth, honor, and objective reality, and teach our children the truth about the racially and culturally competitive world in which they live, we just might be able to:

It is so simple.  Let our people have the truth…we can handle it (at least I would hope that we can).  But in order to do that we have to do something to stifle the many ever-malevolent Jewish influences over our lives!

The Epic State of Mind
Tribal Thinking
Is the White Race Inferior?
White Survival and the Rise of the Black Warlords
Aren't Conspiracy Theories Nutty and False?
Today, Tomorrow, and Forever
Never Apologize to the Jews for Telling the Truth
Being Nice versus Being Right
Tags:HonorTruthWhite Survival 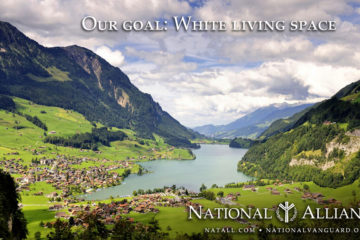 A Program for Survival 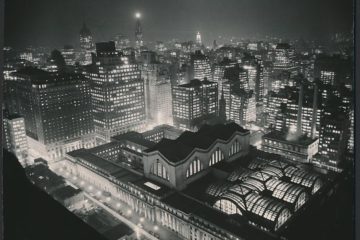 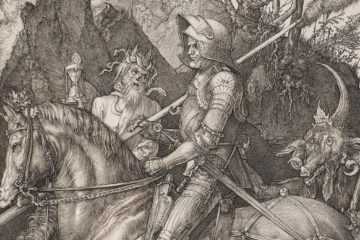 The truth and honor alone won’t save our people, each and every one of us must act as well.

“It is not enough to believe, you must also fight!” – An unknown Cosmotheist

There’s no anti white movement.
It’s called the truth.
Your people committed atrocities against humanity since forever than lie about it. This is your culture.
If u want to save your people start w the mirror

Yes there is, and your comment is the proof.
What about people who confess to a certain religion?
M-slims who enslaved millions of africans using them as slaves, the men were turned into eunucs and the women were sex slaves, what about this?

Now, i don´t blame m-slims of today for what happend in the past but it´s a fact, however, people like you don´t like these facts.

And you know what, i hope you live the way you teach and stay away from whites.
I stay away from non whites you see, i don´t wan´t to have anything to do with them.

Be specific Terence. Specify some atrocities.

How about buying slaves from fast-talking Jews, who bought them from Blacks in Africa, and then simply releasing them into American society rather than repatriating them to Africa. No, wait, that was a benefit to the vast majority of the descendants of those emancipated Blacks, maybe even Terence, so never mind.

Yes Terance,specify some atrocities committed by whites that were not backed by jewish power. Colonialism was from the jewish city of London,not the British natives,so go on,enlighten me,which atrocities were done by whites?

In the whole “atrocities by Whites” indictment and debate, non-Whites refuse to acknowledge the objective reality that Whites simply did what Whites were capable of doing. There is nothing inherently, singularly or uniquely “evil” in exploring and conquering foreign lands. Humans are organisms and organisms compete for life and living space. If non-Whites had been capable of technology and ambition to explore and conquer foreign lands, then that’s what *they* would have done, with just as much exploitation and subjugation of natives. If we were to live in a hypothetical “opposite-world,” where the Whites of Europe had been conquered by non-Whites from across the ocean, then whatever Whites still alive today would probably also be belly-aching about the “atrocities” of the non-Whites. And like the belly-aching of today’s brown hordes,… Read more »

The Hatred Of Low IQ Minorities For Whites | Stefan Molyneux
https://www.youtube.com/watch?v=gSc41CJ8yAI [This has been removed and re-posted by others several times.]
Posted on September 25, 2016

[According to Stefan Molyneaux and experts he’s interviewed including an excellent interview with Jared Taylor, “Mexican” [mestizo] average IQ is 88. That low IQ leads to failure, jealousy, and ultimately hatred of whites (and Asians) who are smarter… Instead, every failure of Mexicans is blamed on White oppression and racism.
Molyneux mentions Gypsies (Roma) as low IQ, too.

In France with have this saying, “if’s” won’t get you to Paris! This is all very well, what we should do or if we do such and such a thing, is not enough, acting on the matter in your own life is the most important thing. But don’t expect any change in your lifetime, just do it.

Scroll down so as to not miss the photos of the cast in the episodes: https://www.pbs.org/wgbh/masterpiece/shows/les-miserables/ A neighbor of French extraction subscribes to so-called German history magazines published by guess who? He brought home a war bride after working as a photographer in Germany after the official close of World War 2. He had several offspring and they are all wildly successful in business but only occasionally visit him and he is legally blind as a result of neglect that could have prevented it. He is very lonely and all but begs them to spend a little time with him. He is overweight, again, due to neglect and obviously at least situational depression. He is not particularly amenable to reason and is dismissive of “the German-side” in a copy of… Read more »