Welcome to the “food desert” created by the content of their character. Disgusting and worthless animals bloated to the breaking point by generous welfare payments clash in a pathetic all against all at the 365 Black clown burger. The obese poor tear into each other while their fellow living fossils cheer on the mayhem. When these corpulent jungle creatures fight, it’s the ground that suffers the most. There goes “muh weave” while ragged pants fail to fully cover “dat juicy.” This is the raw material for a healthy democracy. At about the 39 second mark you can hear what can only be described as “chimpanzee cheering.” All that spending and groveling is definitely changing genetically preordained reality.

This is the shocking moment a violent mass brawl broke out between women at a McDonald’s in Michigan.

I know, I was surprised too. Negresses, normally the paragons of self-restraint and silent dignity, for reasons unknown, decided to “bee dat beech” at the friendly local “my left arm is tingling” slop trough. This might be the first time we’ve ever seen this behavior from the “mule of the world,” truly one for the record books.

Mobile phone footage shows at least 10 women trading blows at the restaurant as other customers watch in horror.

And by “horror” we mean actively encouraging the bongo party by “woo wooing” like a naval horn.

During the 40-second clip, at least four women can be seen punching and kicking a woman in a red T-shirt.

Meanwhile, a few customers appear to be trying to break up the brawl, but with no success.

That doesn’t actually happen, of course, but we have to pretend these hideously ugly and malformed monsters are fully human because this is the staggering kosher delusion we’ve built our globalist nightmare state on top of.

It is not known what caused the fight, which reportedly occurred in Berrien, Michigan, or if anyone was arrested.

No arrests were made. Was this fight caused by an argument over posterior size or simply a case of “triflin?” The world may never know and we are much poorer for it.

Who We Are #25 -- The Second World War: The Great Watershed in the Collapse of the West 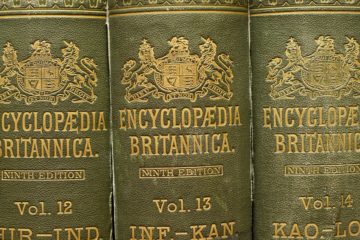 I have no doubt that these women will go on to work for NASA as “human computers.”

The Golden Arches are the most recognized symbol in the world and McDonald’s is the fourth largest employer in the world following WalMart, the Chinese People’s Liberation Army and the US Defense Department.

Neegros are only a symptom – consumerism and the entire way of life it springs from is the real threat. Without SNAP or WIC Neegros will wither on the vine quicker than they are now.