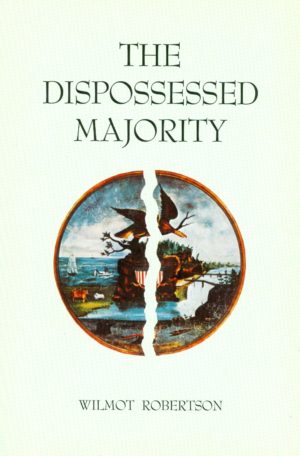 THE Dispossessed Majority is an underground classic of White racial and social analysis. Despite being banned from sale by all commercial distribution channels and denied paid advertising in all venues — even ultra conservative magazines refused to carry ads for the book — it became a bestseller and influenced a generation of thinkers. Its breadth and depth and detailed index make it a work that can be consulted again and again.

The author, Wilmot Robertson (1915-2005), whose American lineage stretched back to colonial times, was born in Pennsylvania. Raised an Episcopalian, he attended Yale University. After service in the U.S. Army during World War II he enjoyed a successful career in journalism and advertising.

Devoting himself to the cause of White survival in his later years, Robertson served as editor of Willis Carto’s magazine Western Destiny in the 1960s. The first edition of The Dispossessed Majority appeared in 1972, when Robertson was 57. Two revised editions appeared subsequently.

Three years later the author founded the underground magazine Instauration, which he published monthly without fail for a quarter of a century, from 1975 to 2000 (291 issues, 9,186 pages). Each issue was jam-packed with fascinating information and insightful articles. The issues can be perused through an online archive. Instauration and William Pierce’s National Vanguard were the preeminent Aryan periodicals of their era.

With today’s government oppression, destruction, and replacement of White populations worldwide in violation of justice and international law, Robertson’s short preface to The Dispossessed Majority remains as true and relevant as when it first appeared nearly half a century ago.

In order to possess what you do not possess
You must go by way of dispossession.
—T. S. Eliot, Four Quartets

THE MOST truly disadvantaged are those who are hated for their virtues, not their vices, who insist on playing the game of life with opponents who have long ago abandoned the rules, who stubbornly go on believing that a set of highly sophisticated institutions developed by and for a particular people at a particular point in time and space is operational for all peoples under all circumstances.

The intent of this book is to supply members of this discomfited and threatened group — here provisionally defined as the American Majority — with a systematic diagnosis of the diseases and debilities that have laid them low and some suggestions for their recovery.

So many liberals having become minority racists and so many conservatives having become rootless cranks, so much religion having become social science and so much social science having become intellectual sleight-of-hand, the thoughtful Majority member has nowhere to tum but to himself. This, however, may be his salvation. In isolation the critical faculty cuts deeper. Only now is it possible to understand the tragic and humiliating fate of the American Majority because only now are a few Majority minds, deepened by decades of solitary contemplation and sharpened by the grim chronicle of events, finally tuning to the emergency wavelength of collective survival.

On the surface America appears lost. But the animalization of the body and the brutalization of the spirit, the desecration of the environment, the venality of politics, the drug and homosexual plagues, the taste-destroying shock waves of pornography, the ghetto savagery, the feminist madness, reverse discrimination, the degeneration of the military, the torrents of illegal immigrants, the apostasy of the professors and journalists, the mindlessness of the students, the phobic materialism and Babbittry of their parents — all these, perhaps, are not the irreversible regressions they seem but merely short-term roadblocks or detours on the Great Trek to a higher and more luminous life form. In the sequence of organic rebirth, what is to be done must first be undone. Unthinking must precede rethinking. According to the sine curve of human action, degeneration alternates with regeneration. Quite possibly the present phase is one of reculer pour mieux sauter [give way a little to take a stronger position; retreat in order to advance].

On the hopeful side, the chromosomal material, the first and fundamental requirement for an American resurgence, is still in abundant supply. Life scientists and those few social scientists worthy of the name are seething with insights and breakthroughs which cannot help but unbait some of the dogmatic traps that have been deliberately set for the more active Majority intellects. From the raked-over ashes of burnt-out historicism flashes a spark or two of authentic history. There is even the glimmer of a new religion (or the rejuvenation of the old) in the Promethean utterances and riddles of the new ontology.

At all events, the Majority will soon be out of limbo. There is nowhere for it to go but up — or all the way down. It is really a matter of timing, a race between the encroaching jungle and the ripening harvest. The moon walk may turn out to be the last mile, or the crossing of the Rubicon.

The Sinking of the Wilhelm Gustloff 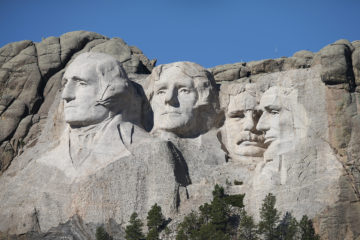 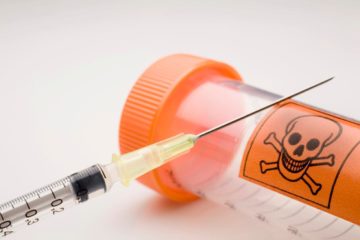 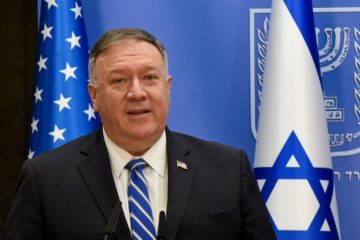