I SAW an Internet commenter’s thread promoting civic nationalism, and chimed in with some important facts of which his readers needed to become aware.

YOU WERE doing well, Dennis, until you started trying to distinguish nationalism from racism. Nationalism is about race, always. (If there’s a word for “allegiance to the state,” it doesn’t come to mind just now.)

The key to understanding the meaning of nationalism correctly is found it the first three letters of that word: *nat.*

It means birth, and it prefixes a number of words that should illustrate the principle involved.

And nationalism: a love of the people who share with you a common birth (or ancestry).

A nationalist is someone who loves the people who are descended from the same fathers that are his fathers also. Nationalism is racism. Your race is your nation.

Any alternative way of defining citizenship defines a country; it does not define a nation.

The governments of many countries have long engaged in a form of semantic propaganda, in which they (try to) seduce people into the belief that the country and the nation are the same thing. It isn’t.

Humans evolved to be tribal. And whereas it may be possible, at times, to configure a country that works (is productive, is at peace with itself) while being multi-racial, this state is difficult to maintain because it is psychologically unstable. It will fall apart like a house of cards when adversity arises.

It is much better, by far, to organize a country as a nation, with one race, and one race only. This was Hitler’s idea, and it was, and still is, a good idea. Of course, there are other potential causes of disunity, including religious differences, but when you make a true nation — that is, a racially homogeneous country — you eliminate the biggest source of disunity.

Now I understand that you are Jewish, and that Jews have a long, long, long habit of going into other people’s territories, and then changing the cultural norms and the social value systems and the laws of the host peoples, converting what had been a nation into a mere country, beset by problems with cultural conflict, misinformation, and debts arising out of usury.

Your ideal is the Jewish one, and it is a parasite’s ideal, the ideal of a people who use other people to gain what they want.

There are niches in Nature for parasites. But only a hypocrite blames the animal who does his best to scratch the fleas out of his fur or bite off any tick that has bitten him. And that, really, is what “anti-Semitic” pogroms are. If Jews don’t like pogroms, then they must amend their ways or else somehow totally enslave all the Gentiles in the world.

Why Can't We All Just Get Along?
A Call to All Humanity: Return to Sovereign Ethnostates
Remembering Martin Luther King, Jr.
White Grift
Gandhi, Obama, and Race
The Sickening Hypocrisy of Warren Buffett
White Leftists Are in Full Agreement with White Racialist Premises
Separation Not Segregation!
Tags:Civic nationalismmultiracial wastelandMultiracialism

Hate, Oppression, and Charity; and the Worst of These is Charity 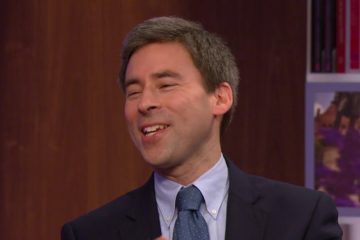 “Antisemitism” is caused by jewish behaviour.

Indeed! Antisemitism is a disease.
It is caused from being around Jews.

Remember that the Zion-Establishment is anti-white. The key that can achieve the liberation and salvation of the white race is territorial secession.

Peter Brimelow, founder of the vdare.com website, is a big promoter of this very jewish CivNat attempt to subvert the legitimate type of “Nationalism”. Brimelow has, in the past, allowed a few true racial nationalists, such as Professor Kevin MacDonald, to publish some of their articles on his website – but, by and large, he seems to try his best to avoid focusing on the disease (the JQ) and prefers to rail against the symptoms that the disease is responsible for inflicting upon White America. This strategy, which is shared by Jared Taylor, is a losing strategy. For example, take a look at the almost unbelievable amount of destruction to America that has happened since Biden was installed into the White House. Look at the attempts, some of which have… Read more »