Epstein’s Convenient “Suicide”: Who Has the Blackmail Tapes Now?

Notice how the controlled media have switched language very quickly from “Jeffrey Epstein’s apparent suicide” to “Jeffrey Epstein’s suicide.” The rule of law is dead in America. As in the late Roman Empire, open and secret murders by the elite happen whenever they deem them necessary, with cover stories becoming less and less necessary.

To those failures, add the breaking of bones in Epstein’s neck, which several doctors have said is more consistent with strangulation than with hanging.

No. Epstein didn’t commit suicide. He was murdered. Someone came into his cell and choked him to death. The proper questions to ask are: Who did it? For whom was the killer working? Who paid off the warden or the assistant warden to look the other way? Who paid the medical examiner to reach that ludicrous finding of suicide?

Jeffrey Epstein deserved to die. But so does anyone who took advantage of Epstein’s child prostitution services. Epstein, had he lived, could have identified those other evil people for us. One of those evil people made sure that he became a dead man, who could not tell tales.

It is very probable that the blackmail powers which once were Epstein’s now belong to somebody else. Maybe the whole “police investigation,” from the FBI down to local police departments, is a circus, a farce, a play put on the national stage just for show.

After 100 Years: Where Things Stand

Who has the blackmail tapes now?

Good question. Russia has the kompromat now according to this source:
https://www.the-sun.com/news/116819/ghislaine-maxwell-and-jeffrey-epstein-were-spies-who-used-underage-sex-to-blackmail-politicians-ex-handler-claims/ 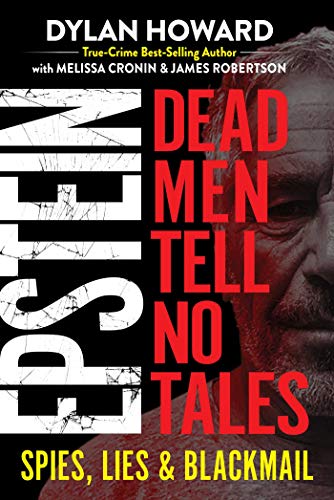 This book, due to be released next month, goes into the sordid details,
including the connection of all these Jewish blackmailers to Mossad.

Epstein’s Convenient “Suicide”: Who Has the Blackmail Tapes Now?