The Courts In Canada Are Dirty

A DECEASED White nationalist, chemistry professor, and coin collector named Robert McCorkill left, in his Will, his estate to the National Alliance, a White nationalist organization in the United States. It was valued at about $250,000.

The Jews of the Southern Poverty Law Center didn’t think this was proper because the National Alliance espouses political views opposed to their own. So they filed a lawsuit in Canada challenging McCorkill’s Will. There is absolutely no precedent for what happened next.

“This is a movement that very rarely sees hundreds of thousands of dollars. Typically these people have no money at all,” said a spokesperson for the SPLC.

“The concern is that the most dangerous neo-Nazi group in America will be very much brought back to life,” said Mark Potok, a senior fellow at the Alabama-based civil rights group and a top expert on hate and extremist groups.”

That had indeed been possible. What the money from the sale of the McCorkill coin collection would have allowed the National Alliance to have done, had they won the lawsuit, is set their message before the American people, along with supporting evidence that they could check, and decide for themselves whether or not the National Alliance was a group worthy of their endorsement and patronage.

What the Jews of the Southern Poverty Law Center and their judicial lackeys in Canada have done is interpose their own judgment about the National Alliance’s worthiness of support so that the individual members of American and Canadian civil society would not get the opportunity to make their own choices.

And the lawyer for the White nationalist group, upon filing an appeal to the judge’s decision, was fined for having the temerity to appeal the decision.

If this precedent is consistently followed, then any legacy, any bequest, any devisement — in any Will — can be challenged by the Jews and, more or less, stolen with the court and its judge being an accessory to the theft. By the evidence, Canada doesn’t have a judicial system so much as an organized crime ring pretending to be a judicial system.

Both the original judge and the judge of the appeals court in New Brunswick spoke quite as if they were mouthing words from a script that the Jewish groups had written.

In a sense, the world has been changed by this case. Now, if you would leave a lot of money, or something of significant value, to an unpopular group or to a person who is in general political disfavor, then you must do so while you are still alive. The Jews have used the courts to sabotage your right to bestow your property posthumously through your Will in accordance with your wishes.

Poland: No Invaders, No EU Flag 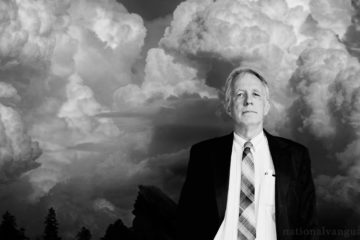 Give your money before you die! That has always been good advice, even before the Jews became God.

It’s the oldest trick in the book – creating middlemen – to exert control/grab tax. Courts, banks, government bureaucrats, salesmen, armed law enforcement standing in front of those who made the law, these are all middlemen. Banking is probably the singe biggest scam out there. Banks produce nothing, all they are, are middlemen. Whites are instinctively against the concept of third parties standing between themselves and those they are dealing with. It’s a known fact that for Whites, everything is one-on-one. Every other race has a series of go-betweens in their culture. This is ALIEN to our natural instinct.

Ultimately a court awarded my friends the correct claim.

So, does Canada now give the money to Heidi at SPLC?
Also, now emboldened by the Canadians, can SPLC challenge
wills within the territorial boundaries of USofA?

Ironically, the SPLC is being sued right now, and there are dozens more in the list … it has already paid out millions in settlement to a guy named Majid Nawaz …
Sounds like Karma to me …

The Courts In Canada Are Dirty