All those who think that Russia and Iran are the premier “dangerous forces for evil who must be stopped” should cut their mind-control cables and research what Washington and Tel Aviv are up to.

THE FEDERAL GOVERNMENT is determined to bio-engineer artificial insects, having demonstrated a willingness to say just about anything in order to justify it – including by claiming that fake bugs bearing genetically-modified (GM) viruses are necessary to “save our food supply.”

One example offered up by the Pentagon suggests that, were a cornfield, say, to suffer an unexpected drought, pathogenic, GMO insects could be rushed in to save the day. Or if a deadly pathogen were to sweep through a crop, Insect Allies could be deployed to stop it.

These “targeted therapies,” as the DARPA website is calling them, have the potential to protect food crops against all sorts of things, including disease, flooding, frost, and even “threats introduced by state or non-state actors” – meaning something along the lines of a deep state biological attack.

Scientists Warn Against Pentagon’s GMO Insect Scheme, Say it Could be Turned into a Biological Weapon

DARPA would appear to have some kind of sick obsession with trying to recreate reality through genetic engineering. Back in 2015, it was reported that DARPA was planning to fund a project involving human zombies whose genetic codes were altered to make them more “effective” on the battlefield.

It was also announced one year later that DARPA had unveiled prototypes for new motorized “super soldiers” with altered genetics aimed at making them strong and more resilient, and less prone to injury and fatigue.

If all of this sounds like some kind of horror movie plot line to you, you’re not alone. A cohort of scientists recently published a letter in the journal Science calling on the Pentagon to take a step back and stop trying to open this Pandora’s Box of biotech uncertainty. There’s no valid justification for creating GMO insects and releasing them into the wild, as such a notion portends to cause far more harm than good.

“In our opinion the justifications are not clear enough,” says Silja Voeneky, one of the letter’s co-authors and a professor of international law at the University of Freiburg in Germany.

“For example, why do they use insects? They could use spraying systems. To use insects as a vector to spread diseases is a classical bioweapon.”

Most people, were they actually made privy to what’s going on at DARPA, would probably feel the same way. All of the smokescreen excuses aren’t enough to hide the fact that releasing bioengineered bugs into the wild is a really bad idea, and on so many levels that it’s hard to believe that anyone would support the idea.

According to reports, at least four U.S. colleges are already working on the technology, despite the fact that the public has been given no say in the matter. The Boyce Thompson Institute, Penn State University, The Ohio State University, and The University of Texas at Austin have all been given grant money to do DARPA’s bidding – suggesting there’s no way to stop it at this point.

Genetic butchers have already created a GMO aphid that infected a stalk of corn with a “designer virus” that caused it to become fluorescent.

You Just Gave $1 Billion to the Israel-Friendly Saudis So They Could Pay Lockheed for Missiles
The Law of the Land
Non-White Migrant Labor: Not Needed
Josephine County, Oregon: GMOs Banned
Michigan: Government Takes Away Right to Farm
Americans Bombarded With As Much Propaganda As North Koreans
What Are They Doing to Our World?
How the US Plans to Defeat Eurasia
Tags:AgricultureFederal governmentFood ProductionThe Pentagon

The Myth of Gun Control Under Hitler 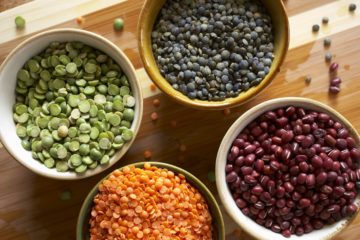 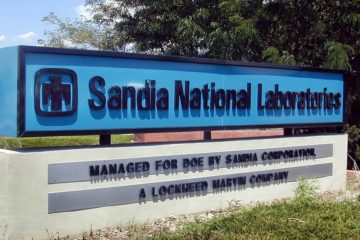 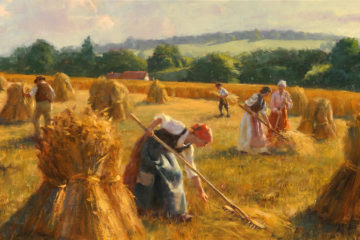 And no amount of DEET or Permethrin will stop these little buggers from biting YOU.
The TRIBE will never give up finding new ways to END THE WHITE RACE.
Can’t wait for the day when the White Race has had enough and turns the tables against the TRIBE using the same playbook that was used against them !! Ohhhhhh yah, what a nice thought.

Gotta protect the crops that are being used to feed masses of africans and mestizos, I suppose.

Honestly, I foresee a day where whites will be forced to buy less food than non-whites, thanks to “white privilege in dietary habits”.
Or we will be forced to subsist on insects and kale while Mfumbe and Izzy get ribeyes.