SOMALIA HAS LAUNCHED its first “military style vehicle” — built out of scrap by a local mechanic in Mogadishu and “inspired by the war on terror,” has made its appearance, according to a report in the Africanews service.

The report, titled “Somalia innovators inspired by war on terror” announces that “for years, Al shabaab has been terrorizing Somalis but the ultimate price to end this is paid by the hundreds of people dying. It is no wonder that young minds in the country are being inspired by this war.

“One man in the capital, Mogadishu, is designing military style vehicles out of scrap metal.

The handy work is done at his workshop, where he is originally a mechanic.

“27-year-old Abdullahi Mohamed Ali is helped by equally brilliant and talented youth who spend hours putting together pieces of what could be a game-changer in the war against terror.”

“Mohammed Ali and team use the same tools as those in a normal car garage to build a tank prototype. The parts can be easily found in Mogadishu scrap yards.

“A motorcycle engine to power the vehicles, Mohammed Ali also collected a drum, an improvised pipe, and car tyres, but he needs more accessories before his ingenuity can translate into a fully fledged fighting vehicle.

“I tell the young Somalis we can build factories and manufacturing companies with your hands. If we stand united, we can really do extraordinary developments in our beloved homeland”, Mohamed Ali.

The global arms industry is worth billions of dollars. Countries such as Unites States, Germany, Israel, China lead in the manufacture and selling of war material.

Experts are working day and night to come up with new and more sophisticated inventions. Maybe Mohamed Ali’s innovation could be the start of Somalia’s home-grown arms industry.

“It is true that Somalia was as strong a country in Africa as the United States is in the World now. I want to show the world that our consciousness is still alive”, he says.

The Federal government still needs permission from the United Nations to buy weapons but that is an issue far from minds here. The young men are focused on getting the vehicle to move!

They are using even a bath tub to make that happen.

Mohammed Ali has himself become a source of inspiration for youth. He is seen as courageous, innovative and even a star who is capable of changing the horn of Africa country dubbed as a failed state.

His first sample of a military tank in Mogadishu is produced with limited resources but if successful, it can be used to carry troops, and work as a powerful infantry vehicle on Somalia’s front lines, where peacekeepers and the national army have decried shortage of fighting equipment

Mohamed Sahal Adam, a 20-year-old Mogadishu resident praises him saying, “we see that he managed to make a sample tank mounted with our national blue flag of Somalia and sea bicycle though he is alone with no financial support”.

27 years of civil war tore Somalia apart… and not all is back to normal given the rise of the Al Shabaab. But in Mogadishu, which has seen worst attacks, there is gradual political stability and businesses are slowly picking up even allowing innovations like this.

Abdullahi Mohamed Ali was born just outside the capital. He first worked as an operator at a ship that operated between Somalia and the United Arab Emirates before quitting in 2015. Being an apprentice for two years earned the father of three car repair skills which he is now using to invent war machinery.

His next project is designing a sea bicycle.

The “africanews” service is the African-run version of the more well-known Euronews service from France, and was started as the African edition of Euronews in 2013. The above article is therefore, in all seriousness and is not a deliberate parody.

News of this “military style vehicle” will only come as a surprise to liberal race-deniers. Those who are aware of the existence of race and racial differences will know that Somalia has an average IQ of 68, which places Somalis into the “Borderline Deficiency” category of the official Stanford-Binet scale of intelligence.

The Roots of Black Slavery
All Black States Are Failed States
Musk's SpaceX Will Send Two Private Citizens on a Trip Around the Moon in 2018
My African Journey
Morality and Abstract Thinking
Snowden: New Law Gives Government A Secret Backdoor To All Technology
The Lighter Side of Negro Pathology: No KFC for Zimbabwe
What We Killed
Tags:AfricaSomaliaTechnology 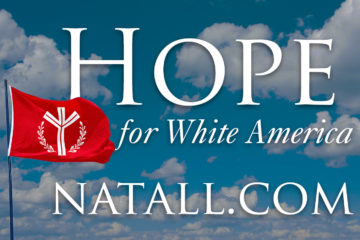 I admire an innovative thinker. The cash and carry guerrilla fighter can be very effective against an extravagant army that practices gross materialism.

The lavishly piled upon Federal military was completely frustrated in their campaigns against poor boy armies in Korea and Vietnam. Win the battle — lose the war.

Average IQ of 68, eh? What of it? This guy apparently has mechanical skills far in excess of the average American white man his age. (Someone did a survey a while back where 68% of Millennials in a representative sample admitted to being unsure as to how to change a light bulb. They know how to run a “smart” phone, TV remote control, and air conditioner, though.) He has also produced three offspring, and his race is thriving, growing, and has its own national territory. Can we Aryans claim as much? For all our vaunted intellect, learning, science, and technology, where has it gotten us? Pariahs in an alien satrapy occupying territory formerly ours. Our race nearly extinct. Average IQ well above 68, but still stupid enough to fight fratricidal… Read more »

Absolutely right! You point out a major misdirection in WN dwelling more on high IQ achievements than the basics that all other mammals, including other hominids, are more adept at than whites. Bill Maher said something crudely to that effect.

This guy apparently has mechanical skills far in excess of the average American white man his age.