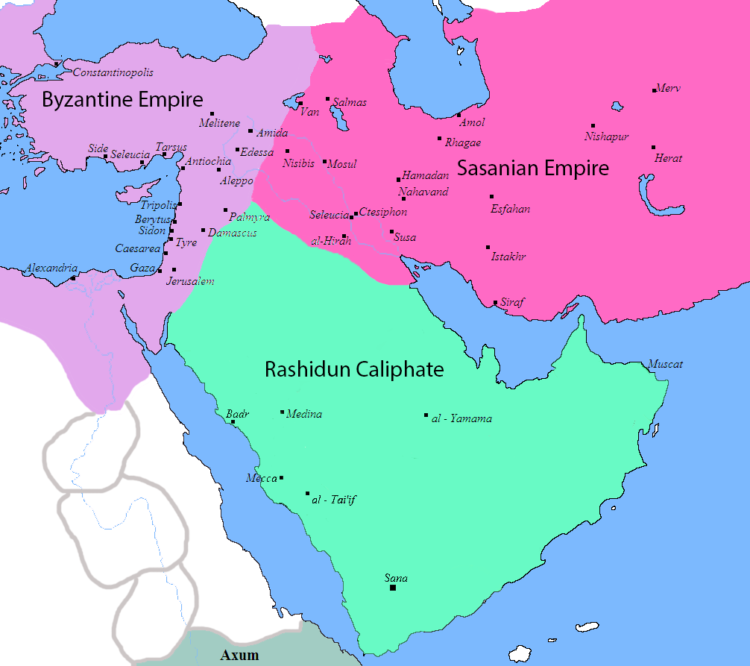 WHEN WE READ about the innumerable incidents of fake hate crime perpetrated by Jews — such as the Israeli teen who phoned in threats to American Jewish centres — few people realise that this is a time-honoured Jewish tradition. Even ancient chronicles, such as the “Armenian Chronicle”, record such incidents.

The Armenian Chronicle is one of history’s most important texts because it the only surviving contemporaneous chronicle covering most of the Middle East over the period in which Islam emerged. Believed to have been written by a Christian Armenian bishop circa. 660 AD, it records how Jews manipulated the Arabs and Mohammed, encouraging them to invade Palestine, which until then had been under Christian control. This manipulation could even be said to constitute the creation of Islam.

When the Arabs had overrun Palestine at Jewish behest, the Jews then tried to trick them into killing the Christians who were resident there. How? Fake hate crime. The Jews spread pigs’ blood inside the mosque and tried to make it look like Christians had done it as a calculated insult to Muslims.

In this extract from the chronicle, Muslims are referred to as “Hagarenes” and “Ismaelites”:

[Concerning the Jews and their wicked plots]

I shall also speak about the plots of the rebellious Jews, who after gaining help from the Hagarenes for a brief while, decided to rebuild the temple of Solomon. Finding the spot called Holy of Holies, they rebuilt it with base and construction as a place for their prayers. But the Ismaelites, being envious of them, expelled them from that place and called the same house of prayer their own. Then the former built in another spot, right at the base of the temple, another place for their prayer.

There they proposed their evil plot, desiring to fill Jerusalem from end to end with blood and to exterminate all the Christians from Jerusalem.

Now a certain man from among the great ones of Ismael came to worship at the place of their prayer alone. Three of the leading Jews encountered him; they had killed two pigs which they had brought to the place of prayer, and whose blood they had scattered on the walls and floor of the building. When the man saw them, he stopped and said something to them. They responded, passed by him, and departed.

As soon as he had entered inside to pray, he saw the wicked deed, and immediately turned back to seize the men. Since he could not find them, he kept silent and went home. Then many people entered, saw the crime, and broke the news to the city. The Jews informed the prince that Christians had defiled the place of prayer.

The prince gave an order, and they assembled all the Christians. While they were intending to put them to the sword, the man came, stood before them and said: ‘Why would you shed so much blood unjustly? Order all the Jews to be gathered, and I shall point out the guilty ones.’ When they had assembled them all, he went into their midst and identified the three men who had met him. Having seized them, they condemned them with fearful penalties until they revealed the plot. Because their prince was from among the Jews, he ordered six men to be killed, the ring-leaders of the plot. The others he let go to their own homes. 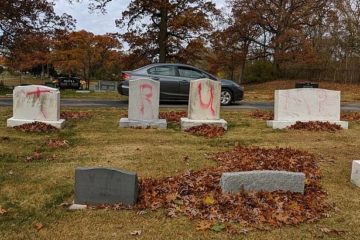 In The Chronicles of the First Crusade, the first thing the Crusaders did when they conquered Jerusalem was to slit the throats of every jew and Muslim inhabitant. Now we understand why the jew was run through too. The whitewashing of jewish atrocities against their neighbors is a prevailing theme throughout history, whereas the rightful responses to their crimes is always examined and painted as a “pogrom” and atrocity. A cursory reading of the Old Testament will show the celebration of over 1000 acts of murder, genocide and terrorism – that the jew god “sanctioned” and which are celebrated as key components of their bloodlust “religion” now. Herodotus wrote about the jews thousands of years ago with their bizarre customs and how neighboring civilizations regarded them. Had the full histories… Read more »

I think the incident described in the article above is better characterized as a false flag operation than a fake hate crime. As William Pierce once remarked, the motto of Mossad, “By way of deception thou shalt do war,” “describes more than the modus operandi of the world’s most ruthless and feared organization of professional assassins and espionage agents; it really describes the modus vivendi of an entire race. It is necessary to understand that fact before one can hope to understand fully the role of the Jews in national and world affairs.” And, it might be added, world history.

Corneliu Zelea Codreanu “The Booklet of the Nestmaster” editions “Our Struggle”, Lyon This booklet has been a true revelation for us. For this reason we reproduce the words of a famous Romanian historian before the end of the article. Codreanu was a true activist who gave his life to the anti-communist struggle. He was assassinated in 1938 by King Karol 2 ‘s henchmen. Yet Codreanu was a tough anti-communist. Why then was he the target of the King? We will reproduce these words: “An old peasant with white hair made the sign of the cross on her breast and whispered to us: The envoy of the Archangel Michael” (in Massimiliano Ribaric “Blood Axis” editions Black Truck, p. 275) King Karol 2 had a Jewish mistress in 1938 and our Chief… Read more »

The story should have ended with all the Jews being driven out of the land for righteousness to prevail in the land. As long as there is but one Jew there will be no peace among any nation.

In 2017 there was anti-Black graffiti on a Black cadet’s door at the Air Force Academy, and a White commander excoriated White cadets for “racism.” The viral video of the speech made the commander a “hero” in the media, made him famous — famous as finally a “decent” White man in Donald Trump’s America. It turned out the commander perpetrated a blood libel on his own people, he slandered White people for fame and recognition. Because it turned out the “hate crime” was a hoax, it was actually a hate crime against white people. But that did not stop the ADL from giving the criminal White commander an award anyway, for service to the cause — service to their cause. Instead of being mortified for his appalling and behavior the commander accepted… Read more »