IN A HISTORIC MOVE, the American Legion, at its national convention in Reno on Thursday, August 24, 2017, approved Resolution 40 (text provided below) calling for the first full U.S. government investigation of Israel’s 1967 attack on the USS Liberty.

Gunnery Sergeant Bryce F. Lockwood (USMC, ret.) was on hand during the entire convention working for passage of the resolution, which originated earlier this year from Post 40 in Seattle in the American Legion Department of Washington (state).

Lockwood was awarded the Silver Star for “conspicuous gallantry and intrepidity in action in connection with the unprovoked and unexpected armed attack on U.S.S. LIBERTY (AGTR-5), in the Eastern Mediterranean, on 8 June 1967.”

Lockwood said there were a lot of “hand shakes, hugs, and some tears” after the vote.

The American Legion’s resolution brings the nation’s largest veterans organization back on the side of the USS Liberty survivors, family, and supporter in calling upon the “115th United States Congress to publicly, impartially, and thoroughly investigate the attack on the USS Liberty and its aftermath and to commence its investigation before the end of 2017, the 50th anniversary year of the attack.”

The resolution also aligns the Legion with the Veterans of Foreign Wars, which, in 2013, adopted Resolution 423 at their national convention calling for the attack to be investigated.

The Liberty was a U.S. Navy electronics ship operating in international waters in the eastern Mediterranean when it was attacked by Israeli forces, killing 34 and injuring at least 174.

The ship’s commander received the Congressional Medal of Honor and the crew is one of the most decorated for a single engagement in U.S. Navy history.

The claim is sometimes incorrectly made that the attack has already been investigated. However, a one-week-long Naval inquiry was only tasked with investigating crew performance during the attack, and Congress has never investigated it, as reported in the July 1997 issue of The American Legion Magazine and elsewhere.

While Legion members have long been supportive of the Liberty crew, Legion leaders have often managed to torpedo resolution. The resolution was passed over a recommendation by a Legion steering committee member that it be rejected.

Text of the resolution as passed by the convention National Security committee on August 20:

WHEREAS, on June 8, 1967, while operating in support of the National Security Agency (NSA) in international waters, properly marked as to her identity and nationality, and in calm, clear weather in the eastern Mediterranean, the USS Liberty (AGTR-5) was the target of an unprovoked attack by Israeli military forces that killed 34 members of the Liberty’s crew and wounded 173; and,

WHEREAS, in recognition of their heroic efforts during and after the Israeli onslaught, Liberty crew members were awarded the Presidential Unit Citation, 2 Navy Crosses, 12 Silver Stars, 20 Bronze Stars, more than 200 Purple Hearts, and the ship’s captain, Navy Commander William. L. McGonagle, was awarded the Medal of Honor; and,

WHEREAS, the June 28, 1967 public summary of proceedings of the Navy Court of Inquiry into the attack stated: “It was not the responsibility of the Court to rule on the culpability of the attackers and no evidence was heard from the attacking nation”; and,

WHEREAS, according to Central Intelligence Agency (CIA) information reports from June and October, 1967, sources in Tel Aviv reported: “Israel’s forces knew exactly what flag the [L]IBERTY was flying” and Israeli Defense Minister Moshe Dayan “personally ordered the attack” on the Liberty over the objections of senior uniformed military personnel, one of whom characterized the attack as “pure murder”; and,

WHEREAS, Richard Helms (Director of Central Intelligence, 1966-1973), stated in a 1984 CIA interview: “everything possible was done to keep from the American public really the enormity of this attack on an American naval vessel” and “since this is for the Agency’s record, I don’t think there can be any doubt that the Israelis knew exactly what they were doing … any statement to the effect that they didn’t know that it was an American ship … is nonsense”; and,

WHEREAS, Lieutenant General Marshall S. Carter, USA (ret.) (Director of the NSA, 1965-1969), recalled in a 1988 NSA interview that he stated at a Congressional hearing in 1967 that the attack on the Liberty “couldn’t be anything else but deliberate. There’s just no way you could have a series of circumstances that would justify it being an accident” and Carter indicated this remained his belief in 1988; and,

WHEREAS, in a 2003 affidavit published in the Congressional Record, Captain Ward Boston, Jr., JAGC, USN (ret.), legal counsel for the 1967 Navy Court of Inquiry stated: “I know from personal conversations I had with Admiral Kidd [president of the Court of Inquiry] that President Lyndon Johnson and Secretary of Defense Robert McNamara ordered him to conclude that the attack was a case of ‘mistaken identity’ despite overwhelming evidence to the contrary”; and,

WHEREAS, according to the findings, published in the Congressional Record, of the 2003 Independent Commission of Inquiry, chaired by former Chairman of the Joint Chiefs of Staff Admiral Thomas H. Moorer, USN (ret.): “there is compelling evidence that Israel’s attack was a deliberate attempt to destroy an American ship and kill her entire crew” and “the White House deliberately covered up the facts of this attack”; and,

WHEREAS, in 2013, the Veterans of Foreign Wars adopted Resolution 423 calling “upon Congress to immediately investigate the attack on the USS Liberty by the armed forces of Israel on June 8, 1967, in order to determine the truth behind the attack, and to bring closure to the families and crew”; and,

WHEREAS, in August 1967, after the conclusion of the Navy Court of Inquiry, the American Legion adopted Resolution 508 (rescinded in 1984 without being first reviewed) declaring the published report of the Navy Court of Inquiry “fails to provide the American public with a satisfactory answer as to the reason for the attack” and stating that “The American Legion denounces and condemns Israel’s irresponsible attack” and demanding “a complete and thorough investigation of the incident”; and,

WHEREAS, according to Gurney Williams III, writing in The American Legion Magazine (“Death Strikes the Liberty“, July 1997), Congress has never investigated the Israeli attack on the Liberty; now therefore be it,

RESOLVED, By The American Legion in National Convention assembled in Reno, Nevada, August 22, 23, 24, 2017, that The American Legion calls upon the 115th United States Congress to publicly, impartially, and thoroughly investigate the attack on the USS Liberty and its aftermath and to commence its investigation before the end of 2017, the 50th anniversary year of the attack.

Revilo Oliver’s “What We Owe Our Parasites” part 2 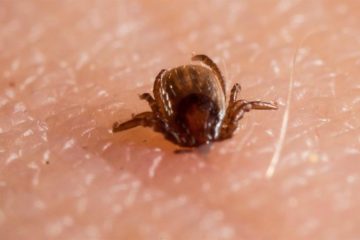 Revilo Oliver’s “What We Owe Our Parasites” part 1

Hopefully some upright U.S. legislators will pick up on the Legion’s Resolution 40 and force their colleagues to either back a bill during the 115th session of Congress calling for a serious investigation into the Jew’s act of war against the U.S. 50 years ago, or be exposed for siding with the perfidious enemy of the U.S.

This would actually be a good opportunity for people to hold their legislators’ feet to the fire, demanding support of the resolution, or accountability if they do not.

Only one problem, the US is now and has been since the 30’s a corporation, congress is 50% Jewish/Zionist and actually just board of directors for the corporation. All of them have signed loyalty oaths to Israel, the ones who don’t are voted out, so no one will allow this to happen. Sad…
Good luck, I hope truth prevails.
Revelation 2:9
Revelation 3:9

The chances that the cucked US Congress/Senate/Presidency would investigate the USS Liberty is approximately zero. They are 100% owned by the Jews and wholly subservient to Israel.

LBJ himself said at the time that he didn’t give a damn if every man on board drowned and he wouldn’t “embarass” our “allies”.

ZACK S.: [C]hances that US Congress/Senate/Presidency would investigate the USS Liberty are approximately zero. They are 100% owned by the Jews and wholly subservient to Israel… — Approximately, yes. Senate, yes. But the chances that there are a congressman or three who will work with the veterans groups to sponsor a Bill are not so remote. Vets are a big part of Trump’s base so well-positioned to influence the Big Guy to do the right thing. Where is Jim Trafficant when he’s needed? Oh, yeah, dead. I found this in a search: — In 1967, the Republican representative from Iowa, H.R. Gross rose up in The House and asked: “Is this Government now, directly or indirectly, subsidizing Israel in the payment of full compensation for the lives that were destroyed,… Read more »

Good on them! Even if thwarted by the (((powers))), this will hit their facade like those jew torpedoes hit the cypher room and killed our spooks there. And speaking as a former military intelligence spook, this article just reminded me: Back in 1982 it was whispered to me by a senior enlisted into my young buck ear: “We had a jet high overhead the Jews didn’t know about. We know they did it on purpose.” But I was so truth-deprived then (I can see in hindsight), that I was incapable of processing the information, or of doing anything useful with it — but it stuck in memory. And l0, many years later, I read many years later in an article that an EA-6B prowler was way way up there and… Read more »

Where were these righteous cowards 50 years ago? It’
safe for them to make a statement now, and they know damn
well nothing will come of it. Oy vey!