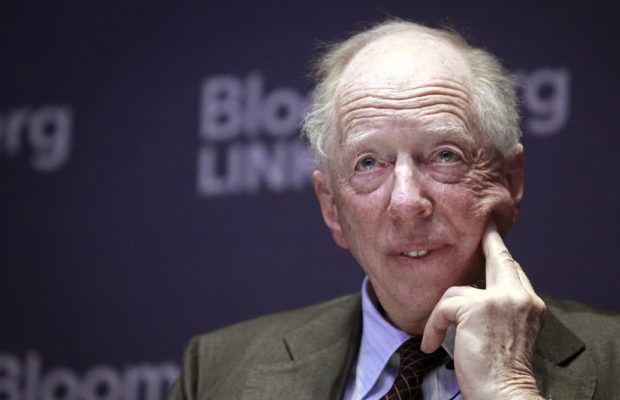 THIS WEEK MARKS the launch of Britain’s first ‘Migration Museum‘, intended to reflect the ‘migratory history’ of the peoples of the United Kingdom. The enterprise, modelled on similar projects on Ellis Island, in Paris and in Germany, is long overdue if you read the opinion columns of the left-wing press. It is currently being housed across the River Thames opposite parliament, until a permanent home for its exhibitions can be built or found.

The project has been introduced by a former Labour Party Immigration Minister by the name of Barbara Roche, a Jewish woman who penned an article in today’s edition of the left-wing Guardian newspaper entitled “Why are the British so reluctant to recognise our migrant history?”. The article contains the usual drivel, of course, drawing on the so-called “immigration waves” of the first millennia to somehow justify mass migration in a contemporary context — this is an unfortunate comparison, considering the myth of Britain being a ‘mongrel nation’ has been dispelled by almost every leading geneticist and archaeologist in Europe.

But, not content with more lies to convince the British people to accept more migration, Roche goes further claiming that Britain’s vote to leave the European Union is in some way a reason why we need such a museum. She claims that central to the contemporary debate about identity should be the role of migration throughout our history.

Ms Roche obviously forgets that more people came to Britain in 2004 than throughout the entire period 1066-1945. But of course, she would forget such things, considering she was minister for immigration in Tony Blair’s Labour government that presided over organised mass migration in order to, in the words of government ministers themselves, “make the United Kingdom truly multicultural”. She laments the fact that migration is a contentious issue, yet fails to take responsibility for her government making it so.

But more startling than Roche’s sycophantic ramblings and rank hypocrisy is the overwhelming Jewish presence in this latest celebration of mass immigration. Barbara Roche is not just the primary advocate of the migration museum, but also the chair of the board of trustees. In her article, she proudly proclaims her Jewish roots in the second sentence, as if this somehow entitles her to lecture an entire race of people on the “virtues” of mass immigration.

As we delve further into the structure of the migrant museum, we find that Judaism is not simply at the head of this organisation, but at its roots and running through its very veins.

Amongst the primary financial backers of this venture, we first find the Rothschild foundation. Of course, this needs little explanation. It is a well known fact that the Rothschild family have funded numerous subversive movements in practically all European nations, along with their dangerous exploits in the banking sector. That they would get involved so explicitly in such a venture is testament to their arrogance and sense of complacency.

Next on the list there is the Kohn Foundation, who have by all accounts invested large sums of money into the migrant museum project. The Kohn foundation is the brainchild of one Ralph Kohn, a Jewish scientist who received a knighthood from the British government for services to medicine and research. According to the British government website for registered charities, the Kohn Foundations aims “to advance or promote education (of) the Jewish religion.” Kohn was born in Leipzig, as one of four children to an Orthodox Jewish family. They fled to Amsterdam upon the rise of Hitler and the NSDAP, then remarkably, were on the last boat of refugees from Holland to England in 1940 (making him a Holocaust survivor, perhaps?)

Another source of funding and support for the migrant museum project is the Rayne Foundation, a “well-funded and influential charitable organisation”. The foundation is a product of a man named Max Rayne, a property developer and philanthropist from a Jewish family in the East-End of London. Rayne was said to be “on the governing bodies of most prominent Jewish charities” thanks to his “highly valued business skills”. Rayne’s grandfather was a Hebrew scholar.

The Alfred Caplin Charity Settlement can also be counted as one of the backers for the migrant museum. There is little to be found regarding the founding of this particular charity, except that, according to the government website, the charity “makes grants for general charitable purposes with an emphasis on charities linked to the Jewish community.”

Finally, there is the Paul Hamlyn Foundation. Paul Hamlyn, the founder of the Paul Hamlyn Foundation, was yet another escapee from “Nazi horror” when his family emigrated to England in 1933. Hamlyn, originally from Berlin, established himself as a publisher and, of course, a philanthropist. At this point it almost does not require explanation, but Hamlyn comes from a Jewish family, his surname at birth being “Hamburger”.

What we can see in this latest left-wing indoctrination project is an overtly visible Jewish presence from the top to the bottom. Why do the principle financiers of a mass migration advocacy project come from the Jewish community? Why are Jews so overrepresented in the open borders movement? Why do Jewish “philanthropists” feel duty-bound to advance the causes of minority groups across Western Europe?

This is a pattern that can be seen throughout the history of left-wing movements, including Communism where, in Russia, 75% of the original core clique of the Bolshevik Party were Jews. Karl Marx himself, the founder of communism, was Jewish. George Soros, profiteer and financier of the subversion of nation states from London to Budapest, is Jewish. These financiers of this latest migration advocacy project; Jewish.

Are these mere coincidences?

I invite you to draw your own conclusions…

The Detroit All Against All 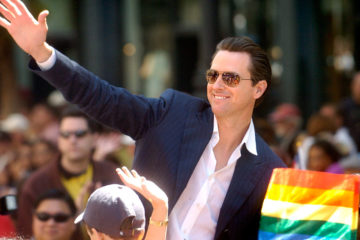 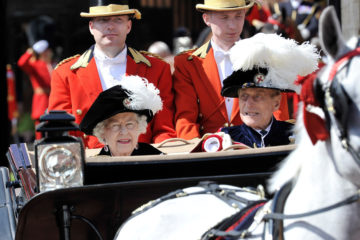 So glad Great Britain is on its way down.