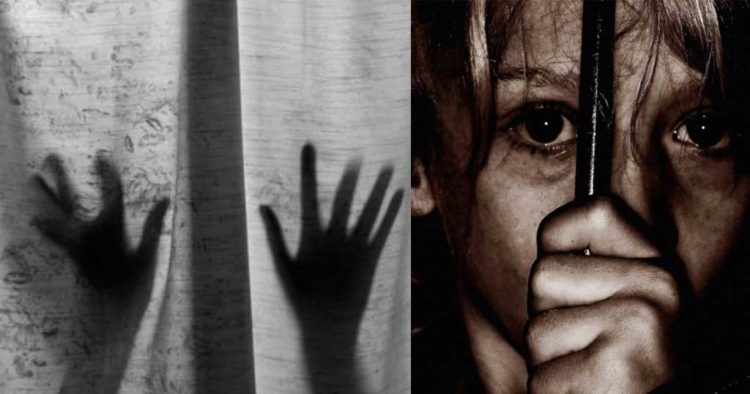 You will drink the milk of nations and be nursed at royal breasts. — Isaiah 60:16

WHAT FOLLOWS HERE is a post-length response to an insightful comment from High Arka concerning Janissaries, the kidnapped White slave-soldiers of the jihadi/jewhadi joint venture commonly known as the Ottoman Empire. The Jews are in fact world historic slavers with a penchant for enslaving Whites. This is a reflection of the essentially parasitic nature of the relationship between the two groups.

Under the Ottomans White women enslaved by Jews were probably the most common source for mischlings. Blond, Tall, with Honey-Colored Eyes: Jewish Ownership of Slaves in the Ottoman Empire:

Hundreds of Hebrew written sources, dozens of official decrees, judicial records (sijillat), and reports of European travelers indicate that slaveholding — particularly of females of Slavic origin — in Jewish households in the urban centers of the Ottoman Empire was widespread from the sixteenth to the nineteenth centuries.

The documents concern female slaves almost exclusively; I found only one case concerning a male. Slavery thus seems to have been limited to those who would provide household services of the kind exclusively performed by women, including sexual ones. This helps explain why nearly all the slaves were white females, principally of Slavic origin captured during Ottoman campaigns, or by their Tatar collaborators in Eastern Europe, with only a few of other provenance — Circassian, Caucasian, Hungarian, and Austrian. Black slaves are not mentioned. Physical descriptions of female slaves remark about fair hair and light-colored eyes, although, possibly, this simply reflects the general characteristics of the captured and enslaved women; male preference, however, should not be ruled out.

Non-Muslims were forbidden to own slaves, but Jews did anyway — an empirical indication of their power and privilege. Then, as now, documented accounts minimize the Jew role if not shift blame entirely onto the Muslims who ostensibly ruled.

Here’s another example of Jew slaving, long preceding (((the Ottomans))) and on the other side of Europe. The slave trade and neutering of Slavs in the Middle Ages:

In Europe, the slave trade was almost entirely Jewish. Goods come mainly from East Slavic lands. Bishop Agobard Lyons (IX century AD) mentions in his book De insolentia Iudaeorum a number of cases where Jews kidnapped Christian Franks children, or even received from Christian children for sale and sold them to the Spanish Muslims.

Andrew Joyce has also written about Agobard. Agobard of Lyon and The Origins of the Hostile Elite:

In searching for the origins of the hostile elite I was therefore looking for the earliest possible example of a Diaspora Jewish community in which shtadtlanut was in evidence — the obtaining of privileges and protections from a European elite, contrary to the interests of the masses of a given European population. Although I would very much welcome further suggestions from readers, the earliest convincing case that I have come upon concerns that of the Carolingian dynasty during the lifetime of Archbishop Agobard (c. 779–840).

Essentially, what we see here is the birth of the formal, symbiotic relationship between Jews and self-interested European elites. The charter of Louis the Pious enacted laws that protected Jews and also developed an administrative apparatus to enforce his policies — mainly via the office of the magister Judaeorum. Louis encouraged Jewish economic activity in the belief that he would be personally enriched by doing so.

This “encouragement” involved some very dark aspects. In particular, it involved turning a blind eye to the incredibly hostile and often illegal behavior of the Jews in his realm. Bachrach describes the Jews of Lyon as “militant, aggressive, and powerful,” and notes that Louis and his officials “apparently ignored gross violations of the law by Jewish slave traders who bought and sold Christian slaves and kidnapped and castrated Christian youths for the Muslim markets in Spain.” Jewish slave trading was of course nothing new, nor was it unusual for European elites to permit Jews to trade in slaves.

The oldest evidence of Jew slaving (of which I’m aware) traces back into to the dim origins of Jewing itself. Ancient Sudan — Nubia: Investigating the Origin of the Ancient Jewish Community at Elephantine: A Review:

A Jewish garrison community that was already settled in the island by the fifth century B.C., played an essential role in the interaction between Nubia and Egypt. Some historians and archeologists directed attention and research towards this Jewish community for it provides a wide range of evidence for the earliest Diaspora Jewish settlement.

Members of the garrison owned Egyptian slaves and took handmaidens regularly. Although the living standards at Elephantine are not well known, the Jewish settlers were certainly wealthier than the average Egyptian commoners. Some of them seemed to be real state, owning several houses; many kept more than one Egyptian slave and purchased expensive gifts for their brides — 10 Shekels on average.

One of the most illustrative documents in the Elephantine Archives is the marriage contract of Ananiah b. Azariah, who was a treasury keeper of the Temple, to the Egyptian slave girl Tamut. Although Tamut was the wife of Ananiah after the contract was drawn, she still belonged to her original owner Meshullam b. Zaccur.

This will be my 7th time posting after being banned, but I’m not going to stop. So here goes… Jews ran and controlled every aspect of the Transatlantic Slave Trade and brought the Africans to the Americas.

And of course Jew slaving persists in modern times. In this report Jews in the Jew state are using White slaves as prostitutes to blackmail Muslims: ‘You want a girl? How many?’: Tapes reveal how right-wing group tried to make East Jerusalem Jewish. 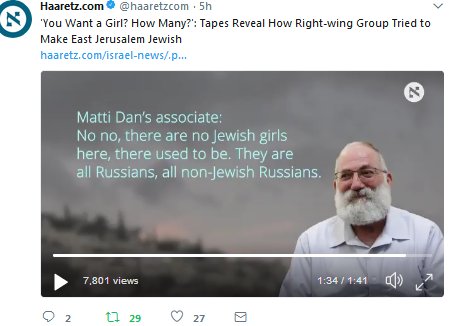 Jew slaving is even directly connected to the current mainstream political discourse. 7 Things You Need To Know About Trump And Sex Slave Island. All you need to know to understand why the Jewsmedia, which supposedly hates hates hates Trump, has never made a big deal out of Trump’s connection to Jeffrey Epstein’s “Sex Slave Island” and “Lolita Express” is that it’s the Jewsmedia and Epstein is a Jew.

Knowing the media is Jewed and that Jews have a long history of enslaving Whites also explains why they propagandize an inverted reality depicting Whites as the world historic slavers and Jews as historically oppressed and enslaved. Slaving is the most egregious example of Jew White-washing — blaming Whites for criminal Jewing, blaming Whites for acting like Jews.

Larry Mizel and the Pro-Jewish Mafia

Half of Residents Speak Foreign Languages in America’s Largest Cities

This is not ancient history, it continues right now in every jew enclave around the world. In NY’s worst concentrations of the talmudists, blonde haired girls are kept to be gang raped by the rabbis. These poor girls are brought from Eastern European nations, their passports are then stolen by israeli and russian jew gangsters who force these poor girls into prostitution. I have heard so many stories of young Ethnic European girls escaping the clutches of these jew slavers in Brighton Beach – They cry for help and beg anyone on the street to help them, but being a jew enclave, their cries fall on deaf ears and the gangster they escaped from soon appears to drag them back to their lairs. Good luck getting help in these areas… Read more »

The most hopelessly enslaved are those who prefer slavery, i.e., Americans. They slave at spirit-killing “jobs” for the better part of their adult lives in order to obtain the virtual shekels, created from nothing by the billions by their owners with a few keystrokes, which they exchange with same for a place to lay their pitiful heads between service days. Their lives are utterly without meaning, a fact that all the motorized toys and screen-based indoctrotainment in the world cannot conceal.

The average American is haunted by the morbid fear that some wild-eyed “Republican” might get “elected” and set them free; turning them out into the cold, harsh world of reality.

very discerning Axis Sally ; certainly you are not an Eva.