MORPHING is an image processing technique that can be used to create composite pictures summarizing a large number of individual objects. I have applied morphing to a set of facial pictures of Greek women to create an overall average.

This group includes models, actresses, singers, politicians, and tv presenters. Pictures of women facing forward were selected from Pictures of Greek Women with the criteria of (i) facing forward, (ii) largely unobstructed facial view, (iii) neutral expression, either non-smiling or smiling minimally. Two additional women (Alexiadi and Diamantopoulou) were included to bring the number of seed images to 16.

Hierarchical pairwise morphing was applied to a set of 16 seed women using Sqirlz Morph 1.2e. Pairs of images were morphed by setting up a series of 30-40 control points in each of the original images, and the procedure was repeated hierarchically until a single final composite was created.

No pre-processing was carried out in the original images except resizing, cropping, and sharpening (in Irfanview 3.97). The One Step Photo Fix filter in Jasc Paint Shop Pro v. 9 was applied to the composites (after the entire hierarchical morphing process) to give them a more natural appearance by enhancing contrast and color hues. Images were also subsequently resized, followed by sharpening (in Irfanview). The original final composite, created by the unprocessed raw images can be found here.

Read the source article at the Dienekes Pontikos Web site

Golden Dawn: While Greeks Starve, SYRIZA is Spending Millions To House Illegal Immigrants
Plants Are the Real Racists
Meet Little Foot - The 3.7 Million-Year-Old Human Ancestor
Two Worlds, Not One
Discovering the 'Final Frontier' of our Universe
Stephen Hawking's Boycott Hits Israel Where it Hurts: Science
The Challenges We Face: An Open Letter to Elon Musk
Birds Can "Speak" in Phrases
Tags:Dienekes PontikosEuropean historyGreeceScienceWomen

What Do They Know of England Who Only England Know? | Spirit/Water/Blood

The composite is not the complete picture « Thewhitechrist's Weblog

This is the average Greek female. She looks very different. Are you trying to nordicize Greek women? Just wondering.

I agree that the are slightly fairer than typical perhaps

I know this is a old comment, but lighting around the eyes doesn’t really equal “nordicizing”. Most of the source pictures used to make this had flashbulb light contamination to begin with. >to give them a more natural appearance by enhancing contrast and color hues. Which is why her nose and the area beneath her eyes are slightly lighter than the rest of her face. “The Postnational Monitor- Confucianist Nations and Sub-Sahara African Focused Affairs Site” (run by a globalist black guy and his Asian wife) isn’t too great of a source. “Welcome to my world! We are embarking on an exciting new age, a shift in human political and social evolution. The epicenter of world power is slowly shifting away from the North Atlantic and to the Pacific Rim.… Read more »

Evelina Papantoniou, one of the selected subjects used to produce the “average”… quite a select group.. 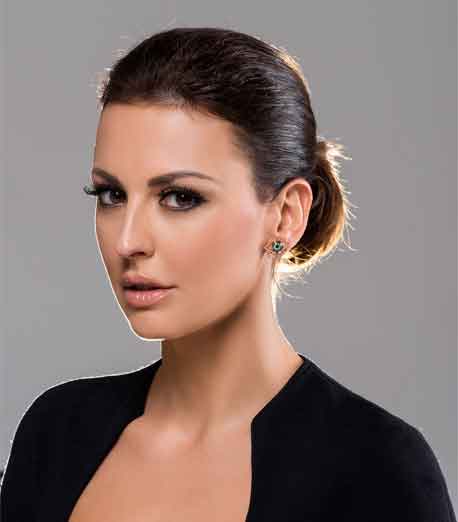