There are many dangers — and many possibilities — opening up for us through this technology. It has been suggested that no one will want to create synthetic dindus or other distinctly lower types. But is that really true? A society of the corrupted led by Jews might want exactly that — perfect slaves to replace us.

LAST MONTH, 150 scientists reportedly assembled at Harvard for an off-the-record discussion on creating a synthetic genome of a human being, moving from reading genetic material to writing it. Now, a group of scientists and entrepreneurs have announced the start of a 10-year project that would seek to actually create a synthetic human genome.

Basically, scientists are hoping to revolutionize the field of biotechnology, but many are concerned about the ethics of what they’re setting out to do, according to a Phys.org report.

The paper, published in the journal Science, describes how scientists would try to grow human organs for transplants and speed up vaccine development, potentially saving many lives.

But there’s a lot of concern that it may one day be used to create human beings who have no biological parents, for example. And many have protested the fact that the meeting was held in such secrecy.

The project hopes to raise $100 million this year from a number of different sources.

“The perspectives of others including self-identified theologians, philosophers, and ethicists from a variety of traditions should be sought out from the very beginning,” scientists Drew Endy wrote in an essay published in Cosmos protesting the secret meeting. “Critical voices representing civil society, who have long been skeptical of synthetic biology’s claims, should also be included. The creation of new human life is one of the last human-associated processes that has not yet been industrialized or fully commodified. It remains an act of faith, joy, and hope. Discussions to synthesize, for the first time, a human genome should not occur in closed rooms.”

Putin: "If It's Hillary Clinton, It's War" 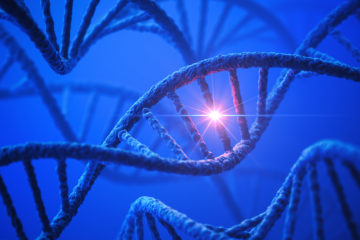 “It has been suggested that no one will want to create synthetic dindus or other distinctly lower types. But is that really true? A society of the corrupted led by Jews might want exactly that — perfect slaves to replace us.”

I fear that this may be a real possibility, given the prevalence of Judeo-Christian values and the possibilities of modern biotechnology.

The French writer Abel Bonnard once made a remark to the effect that “every epoch has tolerated its imbeciles, it is the property of ours alone to have manufactured them.”