René Binet was born 16 October 1913 at Darnetal, department of Seine-Maritime, France. As a teacher in the early 1930s, Binet became active in the Young Communist League and was thereafter a very active and prominent Trotskyite in France.

As a French soldier, however, he was captured in 1940. While a prisoner in a German POW camp he abandoned Trotskyism in favor of national-socialism and served in the Légion de Charlemagne, a division of the Waffen-SS for French volunteers.

Théorie du Racisme (1950) is one of several books that Binet authored after the war, presenting the national-socialist worldview as he understood it. The translation of that book will be presented here in installments (translated by M.M. and Hadding Scott, 2016).

MARXISTS HAVE celebrated the centennial of Marx’s Communist Manifesto [1848-1948] in various ways. Although somewhat belatedly, we shall celebrate it in our own way: by setting history back on its feet.

The dialectical method is not bad in itself ; to use it as a good introduction was enough.

At the beginning of the world is found not the class, but the man — man the inventor of tools, and not the “possessor of tools.” The concept of “appropriation” and “alienation” is a Marxist concept. The son of Rabbi Mardochai was well acquainted with the aptitudes of his people. Having seen them appropriate the inventions and the labor of the occidental peoples he got the idea of making a law of history out of what was merely an act of brigandage without a future.

We have deliberately reworked Marx’s system and used some of his formulations to refute him. We think that in this way the proof will be more convincing.

Marx‘s manifesto today represents one century of falsification of history. This swindle is coming to an end. Justice will be done.

Several years ago, a flag was raised over the world. It is not the flag of a nation, nor that of a party, but the flag of a new breed of men armed with new knowledge and belonging to all the White nations: these men are racists.

The powers of the old world, the adherents of ancient philosophies, the servants of old divinities, have joined forces to combat this type of man and to tear down his emblem.

From now on, everyone anywhere on the globe who opposes the decay of his people, the decline of his race, and enslavement, will be accused of “racism” and “fascism” because he took up the flag.

Thus the time has come for racists to declare openly their will to save those of our values​​ that still can be saved, and to proclaim before the obsolete world that makes an insult of the word racist, what it really mean to be racist. They intend to oppose the lies, the calumnies, the hatred spewed by the forces of darkness, with the clarity of their manifesto.

Interesting! But I am not sure that the “adherents of ancient philosophies” would be opposed to racialism.

When I was a psych major in college, one of my teachers said the she could understand how Freud got his bizarre theories, working, as he did, with middle-class Jews.

She kept her job, too. Would not be possible today.

Our eagle is our sign of protection. He wat-
ches over us. Nothing escapes his eyes. Will
he ever take off and spread his wings again? 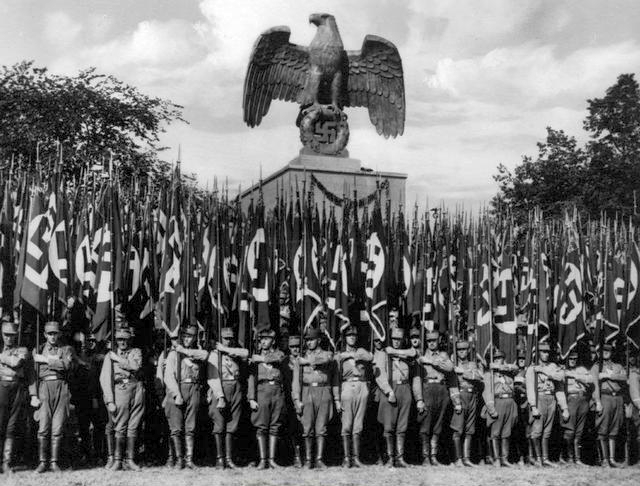 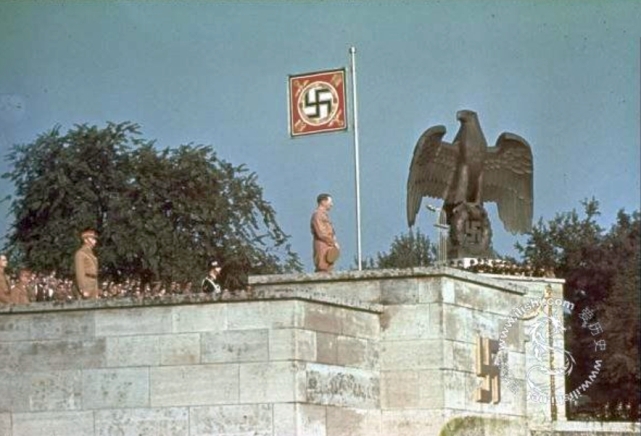 There is a mechanism that allows us to
participate in strength of strong nature.

Nature is not angry with us for
this, because it’s honored by it.

The grass is happy to be eaten by animals.
All animals wish to offer us a meal in slices.

Why is this the most natural course of things?
Because it’s part of the cycle of nature. Res-
pecting the nature means to be gifted by it.