MANY Whites were victimized by the massive witch hunt and censorship that followed the Unite the Right rally in Charlottesville in 2017. The major scapegoat was James Alex Fields, whose Dodge Challenger ran into a crowd of government protestors, killing one and injuring others.

As so often happens in race cases involving Whites, Fields was prosecuted twice for the same act by both the state and federal governments.

The charges and resulting sentences were so extreme as to suggest that Left-wing domestic terrorism, street violence, riots, protests, and marches are essential pillars of institutional power in the “West.”

There was no trial in the federal case. Steered by the U. S. Attorney, a grand jury issued a long list of charges by way of indictment. Every one of the thirty counts was for so-called “hate crimes,” which only target Whites. Fields was brusquely informed that if he did not plead guilty to all of them he would be killed.

I don’t think this was an idle threat. It’s election time and Trump is reactivating the federal death penalty to win votes. Even if the executions are obstructed or delayed, the controversy produced by tweeting and speaking about them at rallies will win votes from a significant demographic. Still, there is no doubt Trump is willing to follow through.

In making the announcement, half-Jewish Attorney General William Barr, not intending to be funny, proclaimed, “The Justice Department upholds the rule of law” — a knee slapper on the order of “civil rights,” “equal opportunity,” and “anti-racist.”

Timothy McVeigh in 2001 was the first prisoner to be executed by the federal government since 1963. The entire Establishment was united on that one: Congress passed a special law supported by both parties. Two other men have been executed since, the last in 2003.

Barr has named five inmates scheduled to be executed in December and January. They are disproportionately White (three out of five). Given the racism of the country, this will remain the pattern. The government wouldn’t be permitted to kill lots of non-Whites, no matter how heinous their crimes, and does not want to.

The first killing will be that of Daniel Lewis Lee, castigated by the Justice Department and the press as a White supremacist who tried to start a violent revolution in an attempt to create an Aryan republic. With Chevie Kehoe he brutally murdered a White family of three in 1996.

Another name being floated is Dylan Roof’s, so you can see where this is headed.

I don’t think the Administration would have hesitated to add James Fields to the list. It would have been a big vote getter, and popular among elites as well.

Trump is playing to his base, but knows the Left likes the fact that he will disproportionately target Whites and right-wingers, just as his pardons favor Jews. Meanwhile, the Left can pass laws, agitate in the press and on “social media,” and manipulate the judicial system to prevent any executions it doesn’t want to happen.

And Republicans will never execute homicidal anti-White or Left-wing ideologues who run afoul of the law.

America after the Holy War, part 1

Democracy is a Kind of Death, part 4 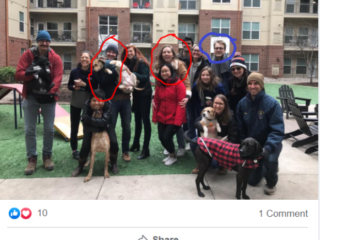 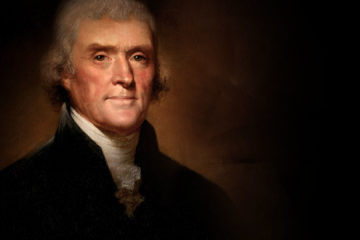 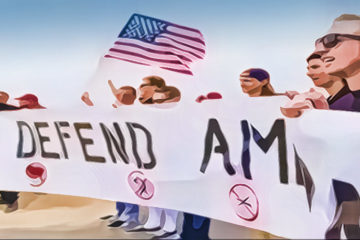 Dylann Roof was misguided, but his beliefs were
sincere.

I was under the impression that the dead woman, ms Heyer with the BMI of over 66 at age 32 , died of a heart attack. Not sure how you get that to equate to 1st degree murder, as the Dodge did not hit her, but the cars in front of her.

It appears that at trial (in Virginia state court) the government claimed the Challenger struck her directly.

“And Republicans will never execute homicidal anti-White or Left-wing ideologues who run afoul of the law.”

Of course not! That would be racist.

Well, I was convinced of the guilt of Daniel Lewis Lee, née Danny Lee Graham, in the torture-robbery, kidnap-murder, and hiding the weighted-down bodies in the Illinois Bayou near Russellville. I attended the trial. They were found years later with plastic bags still over their faces. https://www.spokesman.com/stories/1997/sep/25/kehoe-lee-charged-in-arkansas-murders-white/ The theory was that the murderers wanted to know where Mueller had buried his gold, silver, whatever, and torturing his wife and child would tell them where to dig. What particularly disturbed me was that there was so much other drama. “Bill, Nancy, and Sarah” were living in a “church” built by David Mason of nearby Witts Spring, Arkansas. No one ever attended what they said they had hoped would become a “self-supporting institution,” something favored by conservative or “historic” Seventh-day Adventists, those… Read more »

He was a convicted rapist.
https://en.wikipedia.org/wiki/Rainey_Bethea

All attempts to raise funds for Fields’ defense were blocked on the internet and payment systems.

Regarding your phrase, “government protestors,” are you submitting that they were government-PAID protestors or protesting government? Someone not familiar with what reportedly happened might be confused.

I wasn’t referring to anything secret or esoteric. Personally, I can’t conceive of them as in any genuine sense independent of the state. You can’t explain state sanctioned domestic terrorism, street violence, protests, marches, etc., any other way. Much of the money behind the violent Left may be “laundered” through oligarch “philanthropists,” foundations, tax exempt organizations, “nonprofits,” universities, the government jobs many communists hold, etc. Quite a few organizations doubtless receive government grants. But it’s more than that. If you look at the behavior of Virginia officials, Democrats, Republicans, the Trump Administration, the FBI, law enforcement, the judiciary, etc., Left-wing activists are treated as clients or appendages of the state. Government treats criminals as citizens with special rights, and law-abiding Whites as victims to be jointly attacked by the violent… Read more »

All future American white nationalists who plan to commit an act similar to the ones committed by Dylan Roof, Brenton Tarrant, Robert Bowers, or Patrick Crusius should not do so unless they’re absolutely willing to face the death penalty. That’s the ticket of admission to go down in the history books, and few are willing to pay the price. If death by lethal injection is not your cup of tea, however, then do not commit these acts.

As for James Fields, did he have the same idiot lawyer that represented Matt Hale? Really, who was advising this kid that he ended up with a life sentence plus 419 years?

http://exploresouthernhistory.com/roostercogburn.html
Appointed U.S. District Judge for the Western
District of Arkansas by President Ulysses S.
Grant, Parker actually opposed the death
penalty but became known as the “hanging
judge” of Fort Smith because he sent more
men to their deaths on the gallows than any
other Federal judge in U.S. history. The law
he was required to follow offered no other
penalty than death for many of the crimes that
were prosecuted in his court.

The connection to Ruby Ridge and Waco:

Didn’t realize that William Barr was a mischling but am not surprised. That means the top two positions at DOJ have 75% Jewish blood since deputy Rosen is 100% Jewish as far as I know. It’s not as if the whites slated for death don’t deserve it but there are blacks and other non-whites who’ve committed equally heinous or more heinous acts warranting their expeditious execution. There are some vicious black drug dealers who are responsible for murdering a dozen or more people yet they get to live. Black skin privilege. So murder 12-20 people over drug beefs and that’s ok, but murder three people while holding pro-white political beliefs and that’s just a bridge too far in “free” America and you will be unceremoniously put to death. Barr and… Read more »

Meanwhile, the Left can pass laws, agitate in the press and on ‘social media,’ and manipulate the judicial system to prevent any executions it doesn’t want to happen. A perfect current example: “Jews call to halt death row inmate’s execution, citing antisemitism.” A Jewish cop killer sentenced to death in 2000 (Texas death penalty, not federal death penalty) has finally been scheduled for execution. Suddenly the leading Jewish organizations (ADL, AJComm, and many others) and mass media (Washington Post and many others) are clamoring for the execution to be halted. The reason? The killer, they claim, was sentenced by an anti-Semitic White judge, Vickers Cunningham. Cunningham called the convicted murderer “a ‘f****n’ Jew” and a “G*****n k**e.'” Where have we heard that before? (Hint: Leo Frank.) Irrelevantly, they also claim… Read more »