THE SELF-PROCLAIMED conservatives of the Republican Party have a sickening tendency to try to minimize controversy by not challenging the sacred cows that the anti-White left sets up for us all. Thus we hear, for example, Rush Limbaugh speaking in reverential tones of “Dr. King” and “what Dr. King had in mind.”

This has been the story of so-called conservatism since the Second World War and it is a tendency evident even in Tucker Carlson.

Last night I heard something very stupid on Tucker Carlson’s show. Tucker and his guest lamented the growth of “identity politics” and together declared that identity politics was never what the Civil Rights Movement was about.

Well, let me give you this red pill.

The NAACP — the National Association for the Advancement of Colored People — is more than 100 years old. It has identity-politics in its name.
The term “Black Power” was coined in the 1960s.

In the 20th century, the so-called Civil Rights Movement was alwaysaccompanied by identity-politics. It was about achieving gains for specific groups.

First the Blacks were mobilized against Southern Whites within the infamous Black-Jewish alliance, then Northern Whites were targeted too. Jewish Cultural Marxists would mobilize any group with a conceivable grievance against straight White males, and even create such groups by proselytizing deviance.

When I hear Tucker Carlson agree with Tammy Bruce that the Civil Rights Movement was opposed to identity-politics, it makes me think either that he is weak, or that he has no memory.

All of this genuflecting toward the Revrun Docta Martin Loofa King — the figurehead of the Civil Rights Movement — should be coming to an end now, with all the information that has been published about him.

We used to have identity-politics for White people in the USA, and we were not ashamed of it. We wanted to maintain a White majority and the Immigration Act of 1924 reflected that. A real conservatism would try to defend that status quo. It is the reason why Donald Trump was elected. The fact that we cannot even openly declare this purpose, and our acceptance of the premise that there is something shameful about it, makes this preservation of our country and our people very much harder to accomplish.

Born Pied Pipers
On the Cusp
Conservatism or Radicalism? A Call for a Spiritual Elite
Rush Limbaugh's (Incomplete) Evolution From Lackey to Critic of the Republican Establishment
Why 'The Donald'? Why Now?
Watching the News
The (Anti-) American Creed
"Civil Rights" Activist Revealed as FBI Informant
Tags:Civil Rights MovementConservativesidentity politicsTucker Carlson

A Century of Jewish Lies, part 3 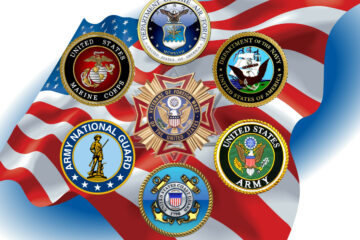 Southern man of the 1960s will tell you the civil rights campaign was a continuation of Federal tyranny. It was the Federals who occupied our universities. It was the Federals who closed the Negro schools and transferred the students to our White schools. Yankee Freedom Riders came down with their Negro husband — Negro boyfriend — to ride on the front of the bus. Armed Federal agents rode on the bus with them. Invaders with the least amount of culture have no concept of state lines, statehood. They subscribe to Federaland. Teenage Boomers marched hither with their elders to the hot zones. Fighting for their birthright. When your next step is for life or death, the plastic world of politics and academia goes out the window. Northern Black Republicans passed… Read more »