THIS FINDING of two University of California researchers is consistent with E.R. Jaensch’s theory of race-mixture as a cause of personality disorders. The Jews constitute a source of social problems, according to Jaensch, because they are a people of mixed racial origin.

The psychology professor Nolan Zane doesn’t even consider that the problem might be physiological. He wants to blame “influences of ethnic identification and experiences of ethnic discrimination,” even though there was compensation in the study for differences of “life stress.”

University of California at Davis

“Up to 2.4 percent of the U.S. population self-identifies as mixed race, and most of these individuals describe themselves as biracial,” said Nolan Zane, a professor of psychology and Asian American studies at UC Davis. “We cannot underestimate the importance of understanding the social, psychological and experiential differences that may increase the likelihood of psychological disorders among this fast-growing segment of the population.”

Zane and his co-investigator, UC Davis psychology graduate student Lauren Berger, found that 34 percent of biracial individuals in a national survey had been diagnosed with a psychological disorder, such as anxiety, depression or substance abuse, versus 17 percent of monoracial individuals. The higher rate held up even after the researchers controlled for differences between the groups in age, gender and life stress, among other factors

The information was obtained from the 2002-2003 National Latino and Asian American Study, the largest nationally representative survey ever conducted of Asian Americans. Funded by the National Institute of Mental Health, the landmark survey involved in-person interviews with more than 2,000 Asian Americans nationwide. The survey yielded a wealth of raw data for researchers to analyze for insights into Asian American mental health.

Zane and Berger did not look at the mental health of non-Asian Americans.

Future research should investigate the factors that explain the higher rate of diagnosed psychological disorders among biracial Asian Americans, Zane said. Possibilities include influences of ethnic identification and experiences of ethnic discrimination. [Source]

It was the Law in a Saner Time
Revisiting Tom Wolfe’s Radical Chic (1970)
Conservatism Is Not the Answer
The Wages of Sin
The Trouble With People
France: "White Sexual Predators and Brown Saviors" Propaganda
Strategies of Competition in Western Politics
Psychological Factors in Establishing a Presence on Mars
Tags:PsychologyRace Mixingracial mixing 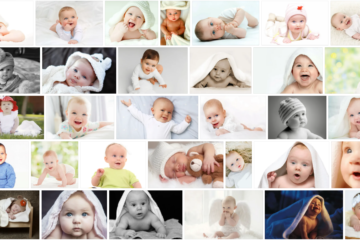 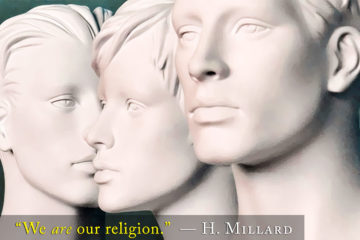 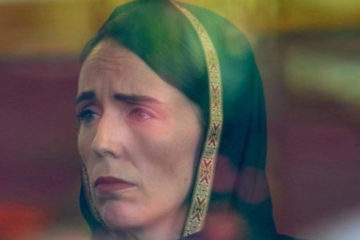 Miscegenating pervs reap what they sow.

I like that this article brought up mixed Asian-White instead of the mixed Black-White people (which is also a problem) because a lot of White men (or Western men in general) are interested in dating Asian women (particularly Japanese, Vietnamese, and Thai from what I can tell). There’s also a good chunk of YouTube videos talking about how to date Japanese girls. I’m sick of it because they’re basically ethnic cleansing for the sake of short term pleasure. This needs to be stopped, unfortunately, too many people are brainwashed to care. I want beautiful non-mixed people again.

I can´t do anything but to agree with you.
But for that to be possible we need people whith a strong spirit and conviction, and that we all are ready to make sacrifices.

Asian women target white men for superior genetics + Men need sex like oxygen. Especially young men. I suspect those who promoted feminism sexual promiscuity, perversion and sin knew race mixing would be the result. We are dealing with incredibly intelligent evil people. When you have a system that mocks and PUNISHES good men and deprives them of a feminine loyal wife. Asian women step in to fill this role. The white men get fed up and trade their race for sex. I have talked to many of these men with non-white GF’s. First thing they do when sensing the subject of race and nobody is listening – they make excuses. I’ve dated white women before BUT __________ .. I’ve heard every lame excuse you can think of: In their… Read more »

Here are some YouTube videos about hooking up with Japanese girls: https://www.youtube.com/watch?v=pXu0IA5CLfY https://www.youtube.com/watch?v=u8WdcNYb4v0 Personally as an Asian guy myself, I just don’t want to see white men hogging up all the pretty Asian girls and forming mixed couples. I thought they pushed it with Japanese but when they also date Vietnamese and Thai, that is going too far. White men have it good because if it weren’t for feminism, white women are some of the most beautiful women I’ve ever seen. In fact a white woman who is elegant and submissive can be more attractive than the native Japanese woman. I think that the reason why Western women are considered s___y is because the Jews infected the West with feminism since they really hate whites (or just non-Jews in general).… Read more »

I highly doubt anyone comes here to learn how to hook up with Japanese women. This is called race mixing. Race mixing is genocide.It’s genocide to the white genetype Distinctions between Asian races are irrelevant to the point. White men aren’t “hogging up” Asian women. This is numerically impossible. Over 50% of the word is Asian. Whites are 5-7% of the world. Divide this by 2 and your looking at a rough estimate of 25 to 3. That’s 8 Asian women for every 1 white man. So in fact the exact opposite occurs – white genocide. My point is that white men who need sex are therefore compelled to accept Asian (or Hispanic or black) women because of feminism and the overall social engineering. Men need sex like oxygen. When… Read more »

There are plenty of beautiful, funny, and kind women in Asia. Too bad Jack didn’t pick any videos of them. But I don’t suppose he’s on any Asian chat apps. I agree Western men should probably be meeting some nice Eastern European women. But to claim the alpha/beta pitfalls are any different in Asia vs. Europe is a bit NAWALT don’t you think? But I’m sure Jack has found a wonderful, traditional, red-pilled unicorn. Again, congratulations. It’s nice to see him demonstrating outreach techniques to our boys back in the West. I have yet to spend any time in Eastern Europe, it’s next on my “to-do” list if this covid travel ban crap ever lifts. But for now, Asia has been amazing. I’ve learned quite a lot about life, myself,… Read more »

Funny beautiful and kind? Nature doesn’t care.Nature will punish those who break it’s laws The punishment is forever. It can never be undone.

Those who are behind this race mixing agenda know this. White genocide is real. Everything they are doing, every single action they are taking is intended to bring about the conditions needed to exterminate the white race though race mixing.

Ok, yes, it’s part of their agenda. Really what percentage of white guys are race-mixing? I have about 20 nephews and nieces that are pure white. I’d argue that the judeonomics destroying Western banking, government, education, and industry is a far more important issue when you consider white guys moving to Asia are probably 1% of our population. But lets leave that aside for now and go with your original premise. What do you think is the most effective strategy? (1) Shaming our expats to give up on their Asian adventures, come back home, and navigate the minefield of Western dating to find a traditional White wife? Please keep in mind most expats no longer find this an attractive option, so you may have to force them to take viagra.… Read more »

I don’t know what percentage of white males are race mixing. As a rough guess I would say between 1/4 to 1/3. Possibly more. White males will continue to race mix as long as feminism has the upper hand and they are deprived of sex by white women. That is why you have a younger 30 year old Asian women at 50. Because you cannot get a 30 year old white women at 50. Either you don’t have enough money, social prowess, or it’s too much work. Lets be honest here, when you were a strong young man fapping to the lingerie section in the Sears mail order catalogue – were you fantasizing about putting it to Asian women? No pal. You weren’t. You can tell yourself shes funny and… Read more »

So true. The left says it’s about “diversity”. The right says they are “fed up with Western feminism”. But in the end white men dating non-whites are the same. They are the same sex-hungry weak men who refuse or are incapable of improving themselves, as a result they don’t want to “fight a losing battle” (quoting Batou Kovacs). They simply go for the easy way (i.e. Asia) and accept whatever they can find.

True. But the problem is … as I’m sure even the moderator here would agree with me.. the problem is these men were a minuscule minority up until the 1990s-2000’s+.

The left would have you believe hordes of hungry white men are now out of the closet free to race mix because social norms were reversed and it’s what they wanted all along.

Elliot Rodger hate being half asian. His hatred of being race mixed was deep and central to his identity. You can see this in his manifesto. It was also confirmed by his father here: https://abcnews.go.com/2020/video/father-relives-day-elliot-rodger-rampage-24346090 “He was jealous of the way I looked” Yes of course. Look at this FATHER. Then look at Elliot Rodger. This is the face of white genocide. Even when the father or mother is Asian – white genetics are obliterated. This is white genocide. The Father was a successful Hollywood producer. Being successful in Hollywood requires immense dedication to your career. Where were the white women by his side when Peter Rodger was consumed with trying to become someone???? They weren’t there. An Asian women was. The Asian women recognized this mans superior European genetics… Read more »

Someone on another forum once wrote the following:

It’s so simple and true. 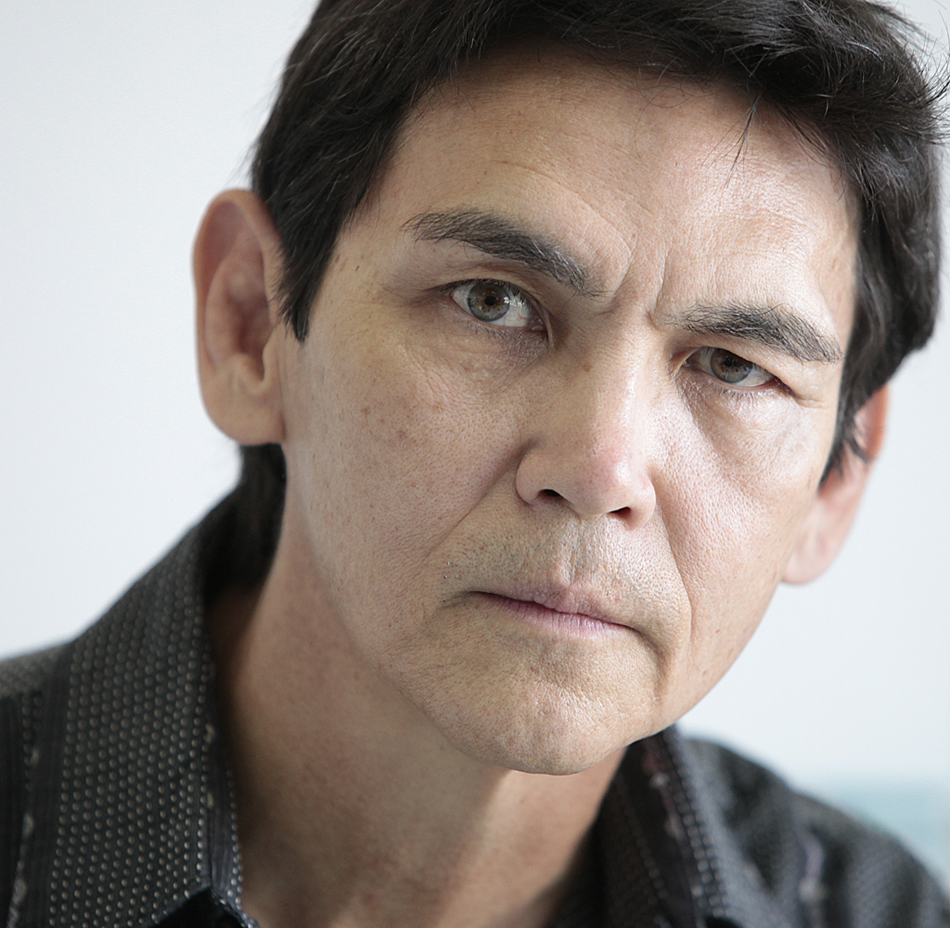 It’s not that simple. Men need sex. Women are depriving them of it. This an anti-nature system that has been engineered into Western Society’s. Women are told they don’t need marriage or children anymore until they get old or “when they feel like it” or “after a career” or “when they have had their fun”. This results in white men being deprived of sex. Non-white women rush in to fill this gap. They smell a need; sense and opportunity and rush in to take it. White men take the bait. Meanwhile the white women they want are in college having sex, getting in debt with useless degrees or in careers or just fornicating. They later get a job or career to pay off those debts. Always postponing marriage and family.… Read more »

What you described is iwis* a part of what could be called “the Outbreeding Funnel” (which is coined after “the Casual Sex Funnel”).

women actually listen to what other women say?

I thought women were in charge of their own lives??

Feminism is ruining everything and the women who actually listen to these mentally ill feminists aren’t any better. 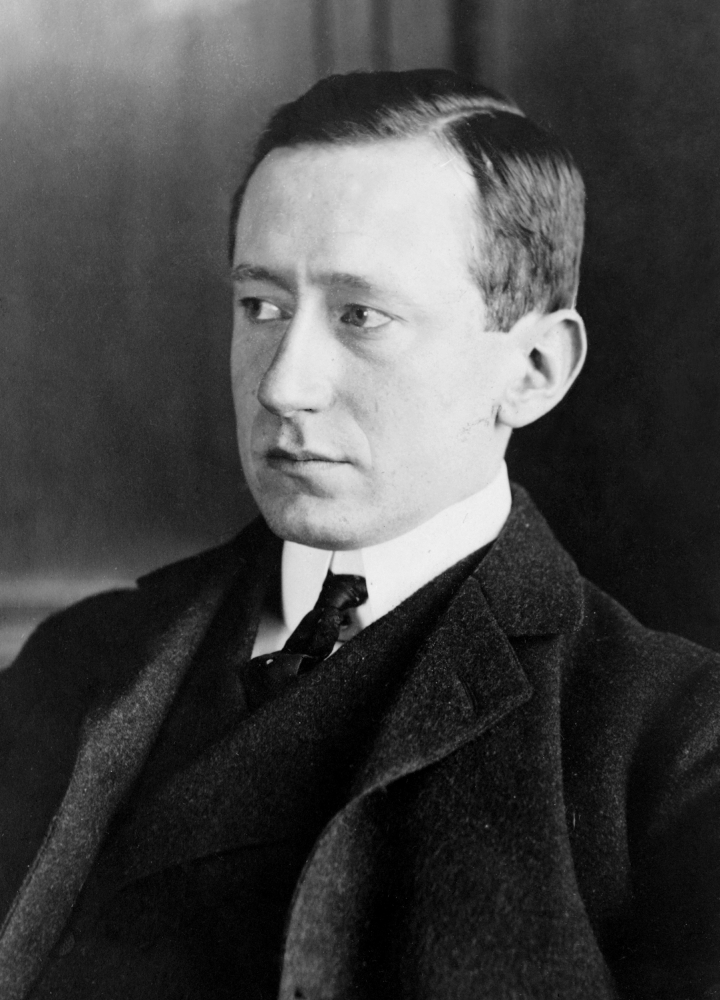