CONOR CRUISE O’BRIEN (1917-2008) was an Irish politician and author of histories who took a critical look at Thomas Jefferson and came to the conclusion that Jefferson was anything but a suitable icon for the cause of racial tolerance.

The factor, however, that is bound eventually to eliminate a personal cult of Thomas Jefferson from the civil religion of a multiracial America is not his record in relation to slaves and slavery, but the policy laid down by him in relation to “free Negroes.” Jefferson’s vision of the future America — after the hypothetical abolition of slavery by the slaveowners themselves — is a lily-white one. All the ex-slaves are to be deported to Africa. In the meantime, free blacks have to be eliminated from Virginia. Jefferson’s proposals for their elimination were too draconian to be stomached even by his fellow slaveowners (above, chapter 7). His proposed (and rejected) amendments to the Virginian legal code included a recommendation for the penalization of what Virginian slaveowners called “miscegenation”: by which they always mean sexual intercourse between black men and white women, never between white men and black women, an event of frequent but unmentionable occurrence. Jefferson made provision for the case of a white woman who might bear a mulatto child. Both the mother and her child were to leave Virginia, immediately after the birth. In the event of their failure to do so, mother and child were declared to be “beyond the protection of the law.” In the circumstances, that proposition was a license for lynching: for the physical destruction of mother and child by any Virginian who might care to do the job. Volunteers would not be lacking.

Mr. O’Brien makes the legitimate point that there has been a double standard for males and females in regard to miscegenation, but there are good biological reasons for that, including the fact that when a Negress bears a mixed-race child, it is the Black, not the White gene-pool, that is thus corrupted. This too can have bad consequences for Whites as the differences between the races become less stark, and as Blacks are provided with relatively intelligent mixed-race leaders like Frederick Douglas and Booker T. Washington, but that is a longterm and indirect danger, whereas the effect of introducing Negro genes into the White gene-pool is direct ruination.

"Prepare for Guerrilla War," Say Police Special Forces as the Authority of the State Crumbles in France 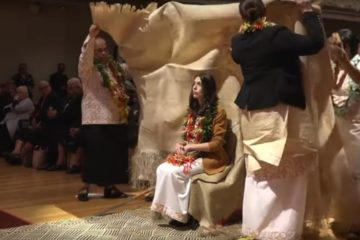 Ultimately, miscegenation will ruin the United States as it is ruining other areas we Whites have conquered and set up for ourselves. From ancient India, Iran, and Egypt to Greece, the Roman empire, to various states such as Portugal, Spain, and their former colonies, all have shown that where non-white (meaning cheap) labor is brought in to live amongst us, miscegenation is the result and the quality of the population declines over time. Where race-mixing is encouraged, the decline comes even faster. Will we Whites learn even at this late date that our kind, once submerged into the black, brown and yellow masses that are currently swamping us mean the extinction of our kind? For a few helpful study references in support of this post, check out “Why Civilizations Self-Destruct”… Read more »

Apparently the man was a deist rather than a Christian. http://www.nobeliefs.com/jefferson.htm