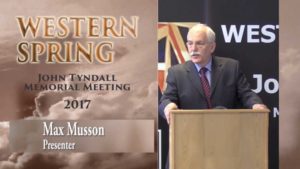 THE Western Spring organisation has for several years set a very high standard of professional events at high quality venues: this year’s John Tyndall Memorial Meeting was an outstanding example. Held at a high-class conference venue in the West Midlands on July 1st, the meeting was attended by more than thirty members drawn from a wide spectrum of 21st century British nationalism.

Groups represented included the National Front, British Movement, British Voice, the British Democratic Party and the London Forum. It was especially encouraging to see a very wide range of age groups in the audience: John Tyndall’s continuing relevance was brought home not only to his own age group but to a rising generation of nationalist intellectuals in their 20s. 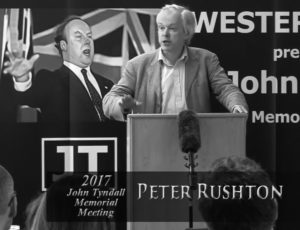 Max Musson of Western Spring chaired the event and gave the opening address. He reminded us that John Tyndall’s career in the forefront of the nationalist cause had encompassed periods of division and enfeeblement as well as the times of political advance that had shaken the establishment in the 1970s and 1990s.

This event showed that nationalists can cooperate and recognise that far more unites us than divides us: that — as Max pointed out — is part of John Tyndall’s legacy to our movement.

H&D‘s assistant editor Peter Rushton was the next speaker (see video above): he claimed that despite the fissiparous state of nationalism in 2017, the broader political context was more hopeful than it seemed. The surprisingly strong vote for Jeremy Corbyn’s far-left Labour Party indicates that the liberal hegemony is now over.

John Tyndall always insisted that our most deadly enemies were in the Conservative Party rather than on the left. I suggested that for almost forty years our nation had been infected by a ‘Blatcherite’ consensus common to both Margaret Thatcher’s Tories and Tony Blair’s New Labour, then followed by their lesser imitators.

The poison administered by these ‘Blatcherites’ combined social liberalism (an attack on traditional values, undermining the family, social discipline and of course racial integrity) and economic liberalism (enslaving Britons to a deregulated global market, whose masters demand unrestricted immigration to drive down wages and working conditions). These assumptions are now threatened by Corbyn’s undiluted socialism: nationalism should wake up to this new reality and recognise that they should abandon ‘Tory-lite’ policies: our times demand radical racial nationalism with a clear ‘socialist’ edge. Rebuilding a White Britain will not (at least in the short term) mean tax cuts and reducing state intervention: quite the opposite in fact.

Richard Edmonds was the next speaker (see video above). Now a member of the National Front Directorate (where he also served when John Tyndall was NF Chairman during the party’s peak years in the 1970s), Richard is perhaps best known to H&D readers for his years as BNP National Organiser and proprietor of the famous Welling bookshop during the late 1980s and ’90s. Richard paid tribute to JT’s phenomenal energy in building and rebuilding political movements, first through the NF’s vicissitudes, then starting again after 1980 through the New National Front, developing into the BNP and once again becoming the leading voice of pro-White politics.

Throughout this time JT produced the monthly journal Spearhead, a consistent and courageous voice for undiluted and uncompromising racial nationalist values. Spearhead’s values stood in stark contrast to the post-1945 ‘Western’ establishment, and that monolith is now crumbling, typified by the decline and possible collapse of the NATO alliance.

Folk singer Alison Chabloz (see interview in H&D 79) concluded the morning session with several satirical songs casting a fresh light on that political and judicial establishment, and of course the unmentionable ethno-religious group whose grossly disproportionate influence cannot be discussed, on pain of prosecution and imprisonment! Alison’s prosecution (initially at the instigation of the Jewish ‘charity’ Campaign Against Antisemitism but now taken over by Crown prosecutors) is continuing with further hearings scheduled during summer and autumn 2017. 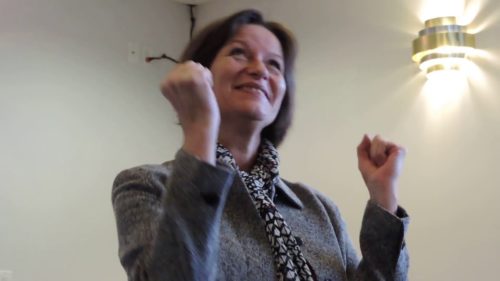 Steve Frost of British Movement, longstanding colleague and biographer of Colin Jordan, opened the meeting’s second half with a fascinating and often amusing discussion of the Jordan-Tyndall political alliance. CJ and JT had been comrades in an underground national socialist organisation during the 1950s, influenced by NS veteran Arnold Leese. They had both been active in A.K. Chesterton’s League of Empire Loyalists, then JT had joined CJ in the 1960 version of the British National Party and its 1962 split which became the National Socialist Movement. 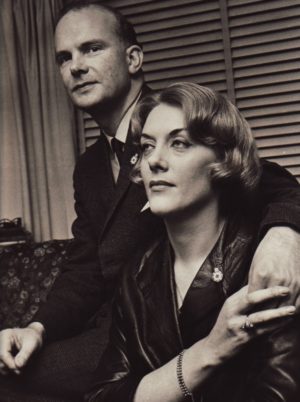 Although Steve Frost made clear that John Tyndall emphasised a specifically British version of racial nationalism (in contrast to Colin Jordan’s ‘purist’ national socialism with a European focus), he also pointed out that CJ and JT retained a longstanding political and personal friendship often mischaracterised by journalists who tended to assume that they had fallen out since the 1960s.

Mark Collett — author of the new book The Fall of Western Man (reviewed in the forthcoming H&D Issue 80) — was the penultimate speaker. He had of course been a co-defendant (alongside John Tyndall and Nick Griffin) in an infamous criminal trial at Leeds Crown Court in 2005 under Britain’s notorious race laws. JT died on July 19th 2005 two days before he was due to appear in Leeds for trial proceedings; Mark Collett and Nick Griffin were eventually acquitted in 2006 after two trials. 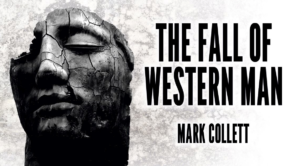 In an inspiring speech, Mark Collett paid tribute to JT’s life of dedicated political principles: a life that embodied excellence in an era when Western Man has been taught no longer to aspire to excellence.

Jez Turner of London Forum — who like Mark Collett has emerged as one of the leading figures in post-Tyndall British nationalism — brought the event to a rousing conclusion with a call for renewed dedication to the essential principles of our movement: defence of Race and Nation. These principles go way beyond the narrow obsessions with Islam and/or the European Union that have dominated so much supposedly ‘patriotic’ politics in recent years. Like John Tyndall, we should not be afraid to identify the roots of our national crisis in unflinchingly racial terms, and to call boldly for racial renaissance. With a new generation of leaders of the calibre of Jez and Mark, John Tyndall’s legacy is secure. 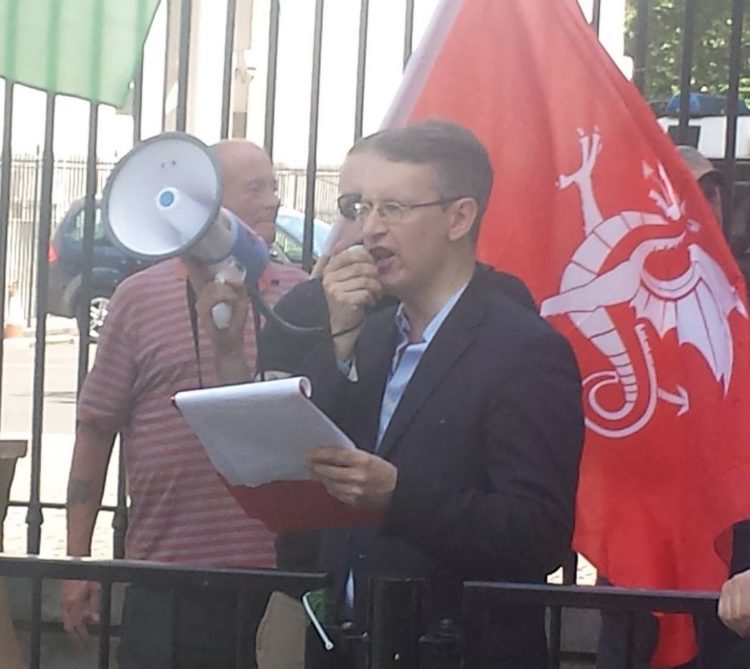 The World in False Face
Fighting Together for the Future: On Occupied Germany (1999)
Sir John Franklin's HMS Terror, Lost for 171 Years, Discovered in Far Northern Canada
The Friends of Greville Janner
They Call it "Loving" -- But it Is Not
German Sturmvogel in Sweden: Patriotic Youth Camp Gives Hope to Young People
The Bite of the Adder, or Can Only Whites be Racist?
Spies, Crooks, and Prime Ministers: Strange Zionist Connections to Actress Helen Mirren
Tags:BritainEuropean NationalismEuropean NationalistsHeritage and DestinyJohn TyndallNationalismWestern Spring

The Revolt Against Civilization: The Menace of the Underman (Part 2)

All these British Nationalists are Ulster Loyalists and that is Masonic and Masonry is kosher…it is no accident that they fail miserably because they’re either ignorant patriotards or incoherent hypocrites…Jordan was by far the better man, Purist or not.