JOE CHIFFERS was UKIP candidate for Liverpool Riverside at the last general election. A few months ago, having become disillusioned with UKIP’s avoidance of fundamental issues, he quit and joined Jack Sen’s British Renaissance, where he was appointed party chairman for a few months earlier this year. (ILLUSTRATION: Joe Chiffers (right) with his British Renaissance colleague Jack Sen)

Now the Liverpool Echo and its national parent the Daily Mirror are trying to have Joe Chiffers sacked from his job with Liverpool solicitors MSB. There is no suggestion that Mr Chiffers has behaved improperly in any way, or allowed his political views to influence his work to the detriment of clients. It has long been accepted that solicitors or barristers will represent clients regardless of their political views, and many lawyers have held ‘extreme’ political views.

Indeed Frederick Lawton, a candidate for the British Union of Fascists during the 1930s who was directly involved in attempting to secure funding from the Italian Fascist and German National Socialist governments for BUF projects, later became (as Sir Frederick Lawton) one of Britain’s most senior judges, sitting as a Lord Justice of Appeal until his retirement in 1986. It has often been more difficult for solicitors than for barristers to hold racial nationalist views, unless they are sole practitioners or in a partnership with fellow nationalists. Examples of nationalist solicitors include the Leicestershire firm run by Anthony Reed Herbert and Philip Gegan of the NF and (original) BDP; the late Tessa Sempik (partner of former NF vice-chairman Richard Verrall); and English Democrats leader Robin Tilbrook.

MSB Solicitors’ managing partner Paul Bibby told the Liverpool Echo that Mr Chiffers was facing disciplinary action, saying that MSB “pride ourselves on being a socially liberal firm and the views expressed are absolutely the antithesis of what we stand for at MSB”.

What does Mr Bibby’s “liberalism” amount to? Does it mean slavish adherence to a politically correct litmus test? Or does it mean liberal tolerance of diverse opinions?

Unsurprisingly the likes of Simon Fox (chief executive of the newspaper group pursuing Mr Chiffers) have no time for such fine British traditions. The values of Mr Fox and his ilk are entirely alien, and reflected every day in their newspapers.

We hope that MSB Solicitors will reject this disgraceful attempt to impose political censorship and ideological uniformity on the legal profession. Meanwhile Joe Chiffers has released a video response to his would-be persecutors.

Also worth watching is an earlier speech by Mr Chiffers delivered to a UKIP audience, on the origin and intent of the European Union (see below).

We shall inform H&D readers of further developments in this disturbing case.

Elites vs. Masses
Britain: Legion Summer Camp a Great Success
First They Came for the Confederates
H&D Editor Polls 16% in Preston Election
There's Nothing Wrong With Racism (Except the Name)
A Dangerous Wayfaring
In the Cause of Peace and Freedom: An Open Letter to Ahmadinejad
Laying the Foundations for Success
Tags:BritainHeritage and DestinyJoe ChiffersLiberal TaboosMedia controlPolitical correctnessUKIP

In Less Than 8 Months, Humanity Exhausts Earth's Budget for the Year 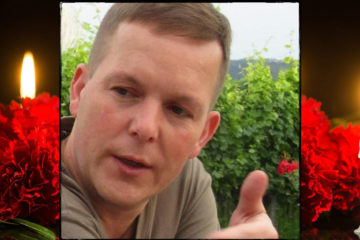 Jack Sen is trouble. He is not White. Please do not promote him.

Jack Sen is a grass and has just been exposed as feeding the Reds for years. He’s been busted.

Joe Chiffers dumped Jack Sen when he realised he was a stalker, liar, fantacist and grass.

Jack Sen grassed up Joe Chiffers and tried blaming me. Joe was a good guy. The BNP nor any Org had a problem with him.

Says the person who actively colludes with Hope Not hate, has been convicted of beating children, stalking a police woman, lives in a house covered in dog sh*&