ALTHOUGH PEOPLE across the globe celebrate April 20th as Earth Day, the date also marks Adolf Hitler’s birthday. And some citizens and restaurants in Austria are marking the day by serving up Hitler’s favorite food, Vice News reported on Thursday.

The rumor that Hitler’s favorite food was Eiernockerl, an Austrian dumpling served with scrambled eggs and a salad, was popularized by a former Austrian district council member for the Freedom Party and “convicted Holocaust denier” Wolfgang Fröhlich. The so-called Prohibition Act of 1947 criminalizes the “denial of the Holocaust” or “sympathies to Nazi atrocities.”

“For many many years I’ve been eating Adolf Hitler’s favorite dish Eiernockerl with green salad almost every week,” wrote Fröhlich in a statement. “I do that, because this highly political meal… is one of my favorites. If my memory serves me right, I’ve eaten Eiernockerl with salad every year on April 20th, Hitler’s birthday.”

The dish, which is not illegal and is regularly served at restaurants, is particularly popular on April 20th due to its well-known association with the German leader, who was born in Austria and successfully reunited his native land with Germany, from which it had been separated by dynastic politics.

Many Austrians, proud of their association with the man described by American writer Francis Parker Yockey as “the Hero of the Second World War,” took to social media to brag about their 4/20 feast. One user even posted a picture of an Eiernnockerl birthday cake with a candle.

Restaurants gleefully advertised the dish as a daily special for April 20th.

“Do you always have Eiernockerl with green salad or is that only today?” Vice asked in an interview with Austrian eatery Börnys S’Wirthaus, who advertised the dish on social media.

“It’s our special for today… We always serve it on the 20th,” they responded.

Another restaurant, the Wirthaus am Wasserpark in Floridsdorf, posted their special April 20th menu complete with Eiernockerl with green salad, along with a winking emoji.

“No, it’s not a coincidence we serve the meal today,” said the restaurant after Vice inquired.

The Elephant in the Room: The Holocaust, part 1
The Führer's English Martyr
"Now Our Gigantic Work Begins": Hitler's Triumph and Social Revolution
Identitarian Activists Block Border Crossing
Art from the Hand of an Austrian Painter
World War 2: Battling the People of the Lie, part 5
Which is the Best Translation of Mein Kampf?
Hidden, Lost, and Forgotten
more
Tags:Adolf HitlerAustria 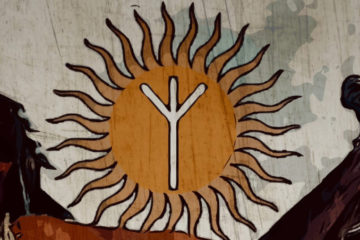 Soon, someone will request or enforce a ban of the “Evil Natzee meal with salad” and declare the preparing and consumption of it to be “hate speech”!
( just joking )

Greetings Luna. Don’t give them any ideas. I will learn to make this iconic meal with a garnish of powdered gravy and cheese to de-Kosherfy it. I recall that Hitler usually ate eggs on toast with tomato sauce. Is tomato sauce also to be regarded as a hate symbol?

And salt, don’t forget The Mighty White Salt!
Now seriously, this hate symbol stuff is getting too far, soon nothing, but nothing at all will be safe.