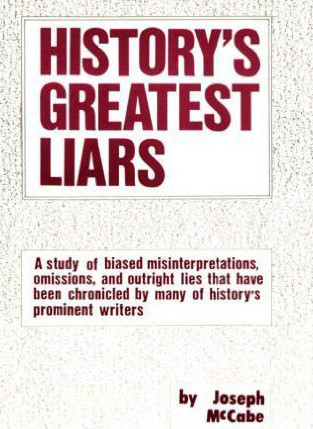 MANY READERS of Professor Arthur Butz’s incisive demolition of the Jews’ filthy Holohoax, The Hoax of The Twentieth Century, have asked the question that the author himself asked: “Why was it necessary for a Professor of Electrical Engineering to do the work that should have been done by professional historians?” Why, in a country which has, in almost every town and in many villages, one or more colleges or universities, each of which is adorned with a crew of Professors of History, did no one of these thousands of learned professionals have a sufficient respect for historical truth to investigate and expose the arrant hoax, called the “Holocaust,” that Jews use to extort billions of dollars from Germany, the United States, Britain, and almost every nation of the White world? Why did all of the thousands of Professors of History, many of whom professionally concern themselves with modern history, disgrace themselves by countenancing, and many make themselves infamous by endorsing, a Big Lie that was in itself patently preposterous by all the laws of historical criticism?

The question is not one that it is easy to answer and explain to persons who have no intimate experience of the academic world. (Persons who have such experience need no explanation.) The answer would require a long and detailed discussion, and it would require, first of all, a refutation of the prevalent notion that the prostitution of Clio, the Muse of History, is something the Jews inaugurated in 1945.

The essentials of an answer can now be found in a small book by the late Joseph McCabe, which has been reprinted by the Atheist Press in Austin, Texas, unfortunately with many typographical errors, most of which appear to have been systematized by a computer.

This book’s title, History’s Greatest Liars, suggests that it is an essay on the Fathers of the Church, whose assiduity in the pious work of Lying for the Lord certainly entitles them to a championship. Those sleazy shysters are mentioned, of course, but the author’s principal subject is what he calls the “new history,” which became endemic in the academic world after 1914 and the great deluge of official lies that were manufactured by experts to help the corrupt governments of Britain and the United States herd their subjects into the suicidal war of 1914-1918. It is, I think, only reasonable to assume that such things as the work of Woodrow Wilson’s disgusting Creel Committee, which found it easy to hire American professors to lie about Germany for a few dollars, was demoralizing to a whole generation of young historians who had no fixed ethical principles.

Joseph McCabe examines critically books, many of them textbooks, that were generally accepted as “authoritative” and lavishly praised by other academic historians in the 1930s and 1940s. They are the work of about a dozen professional historians (including Franklin Roosevelt’s lackey, Professor Langer of Harvard, on whom see Liberty Bell, September 1981, pp. 3 ff.). All of them are shown to be brazen liars in their “scholarly” studies of the Dark Ages, the Middle Ages, the Renaissance, and early Baroque, i.e., the history of Western civilization from the Fall of the Roman Empire to about the end of the Sixteenth Century, where McCabe ended his analysis, although we may be sure that the professional liars did not suddenly come to esteem truth when they dealt with the Seventeenth and later Centuries.

This systematic lying was, of course, a swindle, first, because the authors accepted salaries and subventions given them on the supposition they were engaged in establishing historical truth, and, second, because the purchasers of their books were led to believe they were buying volumes that were trustworthy history. The authors not infrequently simply wrote falsehoods to deny facts that had been long established by honest historical research, but their most common technique was that of making sweeping generalizations that denied the facts by implication, rather than specifically.

The swindles were carried out under the guise of “social history,” i.e., consideration of the cultural, economic, and ethnic factors that were the underlying cause of many of the events of history and at least a background to most of them. This is a legitimate branch of history, but, I need not say, one readily and, in our time, usually contaminated by the Marxian superstition, one of the Jews’ principal weapons in their offensive against our civilization and race. This taint, more or less artfully dissimulated, appears in the works that McCabe criticizes, but he limits himself to the scholarly prostitutes’ lies on behalf of the religion that the Jews exported to the goyim, Christianity.

Although the facts are available in published sources, and many of them were stated in histories written by great and honest historians from Gibbon through the Nineteenth Century, the professorial practitioners of deceit exert themselves to muddy the water, obfuscate the record, and cover up, by sophistries and denials, the corruption and disasters by which the Christian superstition afflicted the whole of our civilization ever since it became epidemic. It is no apology for that mind-befuddling bane of our race that other prevalent superstitions, chiefly among other races, have been deleterious to their victims. It is an incontrovertible fact that Christianity, not in its verbiage, much of which its votaries simply ignore, but in its practice by the dervishes and witch-doctors who carried on the deceptions of the Fathers of the Church, was, in its effects, a moral decline from what those Fathers, by a typical verbal imposture, called “paganism,” including both the established religions of the Graeco-Roman world and the cults of the Norse gods that prevailed among our own ancestors before they invaded the Roman Empire and were overawed by the very ruins that had survived the Christians.

Given the period that McCabe covers in his critique, most of the falsification with which the pseudo-historians try to whitewash Christianity deals with the Roman Catholic Church, which tried to maintain a monopoly of the lucrative racket. The falsifiers suppress the shocking record of virtually all of the popes and the clergy, many of whom were really thugs, and of the monastic orders, which were generally dens of male sexual perversion and female perversion and prostitution, all sicklied o’er with nauseating hypocrisy. Some of the reputed (NOT reputable) historians actually repeat such notorious fabrications as the lie about the humiliation of the Emperor Henry IV at Canossa, told in a priestly forgery, which serves Wilhelm Kammeier as a point of departure in Die Falschung der deutschen Geschichte (Leipzig, 1935; reprinted, Husum, 1979; an English translation has been made and awaits a publisher). Since the writers of these historical falsifications appear to be authorities because they are not denounced by their influential colleagues in the universities, that foolish tale is reported as fact in, e.g., the very useful Columbia Encyclopedia, whence it has doubtless passed into innumerable references by honest writers who mention the supposed event at Canossa in passing and who have innocently relied on what is generally an accurate work of reference.

For cardinal points in the falsification of the history of the Catholic Church, see McCabe’s book. He barely touches on another grandiose imposture by pseudo-historians fashionable today, their flagrant misrepresentation of the facts of the Renaissance and Humanism, about which one could write at great length. The purpose of that falsification was well stated by H. W. Eppelsheimer in his essay, Das Renaissance-Problem. He describes the work of Thode, Neumann, Burdach, and other supposed “authorities” as a Neoromantic reaction against a rationalistic historiography, a sophistical attempt to Christianize and irrationalize the facts, and thus exalt religion and mysticism above common sense and reason itself.

The pseudo-historians whom McCabe mentions, and their many successors active today, cannot be acquitted on the ground of ignorance; they obviously esteem intellectual integrity less than the favor of the professional salvation-mongers and the profit to be made from writing that conforms to the intensive effort now being made in all domains of science and scholarship to destroy reliance on reason and objective facts and to enslave the human mind to debasing superstitions. A very few of those “scholars” may, perhaps, have been influenced by the now disproven and obsolete notion that Christianity could be used to promote the stability of a civilized society after scientific research and historical scholarship have proved, beyond peradventure of doubt, that the creed is, at every point, a denial of ascertained facts.

My point here is only that the disgraceful conduct of our academic historians long antedates the Jews’ Holohoax, which imposed no strain on the morality of “scholars” long accustomed to use as their criterion of historical truth the inquiry, “Is there a buck in it for us, Charlie?”

I must note, however, a nice irony which proves how much we all are at the mercy of organized lying. Mr. McCabe, who died in 1955, seems to have finished the present work around 1945. (It was first published in England, but I have not been able to ascertain the date; internal evidence shows only that it was after 1944.) And so, despite his own critical faculties, he was taken in by the unanimity of the Jews’ hired liars and referred, in passing, to Adolf Hitler as a “homicidal maniac and sadist,” although even then he was fair enough to add that the supposed conduct occurred during a prolonged and bitter war. McCabe was commenting on an intellectual whore’s attempt to palliate the massacre on St. Bartholomew’s day, 1572, which, of course, was carried out by the foulest treachery in a time of peace, and was, to be sure only a normal exercise of the normal Christian urge to enforce righteousness. 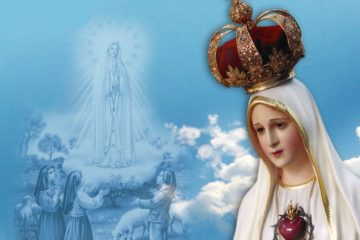 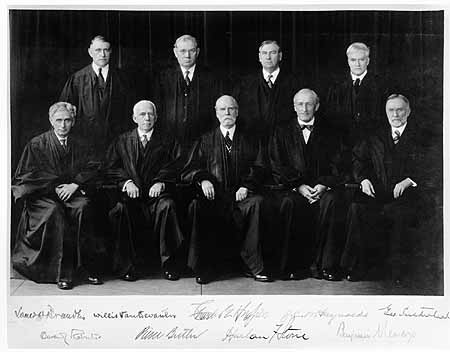