EVERY AGE AND EVERY GENERATION has experienced its share of problems and difficulties. So, what is different about those of the present time? What makes today’s problems special and unique?

Very simply, they represent much more than a passing discomfort. They are symptomatic of a systemic condition involving the collapse of an entire civilization. Let us consider this within a broader historical context.

The underlying existential reality we face is — I repeat — the collapse of an entire civilization, an entire Old Order. The entire structure of Western civilization is rotted out. It is beginning to crumble and fall apart. It is decadent and degenerate, and its fall has been decreed. It is dissolving before our very eyes, and we are in the process of descending from order into chaos.

We can find a historical analogy in the fate which overtook ancient Rome. Here it should be noted that when a civilization collapses, no aspect of that particular order remains unaffected.

What are some of the aspects of a civilization?

First of all, there is the spiritual aspect, which provides the foundation for a culture. It incorporates the moral structure of a society and manifests itself most profoundly in the popular attitude towards honor and heroism.

There is also the cultural aspect, embracing the arts, music, literature and architecture. When a civilization is healthy, these reflect order, beauty and harmony. When it is sick and degenerate, the opposite is true, and chaos, ugliness and dissonance prevail.

There is the social aspect, as shown in the way a society operates. When a civilization is decadent, families break up, crime is rampant, and the individual becomes a mere consumer, without roots or culture but committed to all the latest fads and fashions. The respective roles of the sexes are reversed, and education becomes a parody of real learning, with such bizarre excrescences as Black History, The Holocaust®, and Gay, Lesbian, Bisexual & Transgender Studies, in which Political Correctness and “sensitivity” trump the search for truth.

Another aspect of civilization can be seen in its economic structure. In a declining civilization, economic life is reduced to dog-eat-dog materialism, with usury and speculative parasitism strangling productive effort and penalizing honest work. Under such a system, jobs become a global export commodity, and the individual is reduced to a mere economic cipher, to be used, abused and discarded according to bottom-line expediency.

There is, of course, the technological aspect, which expresses the material sophistication and capability of a culture. In a period of decadence, technology merely serves a utilitarian function, divorced from all spiritual considerations — an empty shell without vital substance.

Finally, there is the political aspect of a civilization. When a civilization declines, statesmanship disappears, and government succumbs to the politics of the herd, in which rampant corruption prevails over personal honor and integrity.

And all of this within the context of general cosmopolitan rootlessness and the loss of a deeply felt sense of common blood identity.

We can all think of many examples of the decline I am describing. We need only read the headlines of our daily newspapers or turn on our television sets.

How Should We React?

So, how should we react to all of this? Should we feel a sense of frustration and despair when we see this Old Order collapsing? Or should we have a different sort of feeling?

Actually, we should be neither surprised nor alarmed by what is happening. All of these things must come to pass, so that there might one day be a better world. It is all part of a necessary process, one which can neither be changed or stopped.

I want to give you this perspective to encourage you, to inspire you, to give you hope and confidence for the future and for the final triumph of his Cause.

There is a providential paradox, which is preparing the way for his coming victory. It is simply this: As we go from bad to worse, we do in fact move closer to that New Order which is coming.

Before there can be a New Order, the old one must first collapse. Order does not follow order, but chaos. The way from one order to another leads through chaos, dissolution, disorder and disaster. It is painful and frightening; but it is inescapable. Yet, we are comforted by the certain knowledge that as we descend into this dark valley and proceed across it, we are thereby coming ever closer to that other side, which is our goal.

Political Collapse of the System

Here we must understand that the Old Order will collapse, not because of anything we do or don’t do. It would collapse, even if we were not around. It will fall because of the inner dynamics of its own decay — just as ancient Rome once collapsed and fell. Nothing can save it.

But it is important to note that the very last aspect of the Old Order to collapse will be its political structure. Every other aspect — the moral, the cultural, the social and the economic — all of these will go first.

Before there is a political collapse, however, the System will evolve into outright dictatorship and tyranny. We are already in the early phases of this process.

The reason for this is quite simple. The entrenched interests of the Old Order will not give up power readily. The stakes are much too high for that, and those interests are prepared to do anything and everything to maintain their position of power and control.

As long as there is relative prosperity and stability and a quiescent populace, the System can afford to act benignly toward its subjects.

But the social order of the West is, however, becoming increasingly dysfunctional. When the bubble bursts and the objective circumstances of a declining civilization eventually lead to general chaos and popular unrest — as they inevitably will — the System will be left with no other recourse than rule by fiat and brutal suppression.

The good news is that this dictatorship and this tyranny will not be able to prevent the final collapse of the Old Order — nor of the last remaining anti-Hitler power of World War II — anymore than all the Caesars and their legions could prevent the collapse of the Roman Empire. There, too, the last thing to collapse was the political shell itself.

It is necessary that we understand this and take it into account in all of our thinking and activity. Otherwise we will find ourselves spinning our wheels with false expectations, as we waste time trying to re-arrange the deck chairs on a sinking Titanic.

That is to say, there can be no successful corrective political action of a definitive type under the Old Order. And by “corrective” action I mean revolutionary action that brings about radical change leading to a New Order.

Appealing to indifferent, brain-dead masses and addressing transitory political non-issues under the existing regime will only lead to frustration and disappointment. It won’t bring about a better world.

The only politics that has any real meaning and relevance at this time is Katastrophenpolitik — that is, the tutorial politics of catastrophe, of disaster — which will hasten the end of the Old Order while educating the people. It is the one educator par excellence, the one which — when all other attempts at popular education have failed — will teach and instruct as no other method can.

That does not mean that we should resign ourselves to indifference and inactivity. Quite the contrary.

We must intensify our efforts in the mobilization and moral and spiritual preparation of that select, idealistic minority which one day will be called upon to make those hard decisions leading to a better world for future Aryan generations.

In so doing, however, we must bear in mind the proper context for our thinking and action. Unless we do so, all our efforts will be in vain.

ALWAYS REMEMBER: The collapse of the Old Order is not the end of the world. It is merely the prelude to a new one!

Beyond Hate
The Only Way to a Better World
Custodela: The Last Bastion
Italy: Modern Art Removed by Cleaners Who Thought it was Trash
Existential Realism
Freud's Ethics
Barbarians, Savages, and the Perils of Civilization
Camp of the Saints Becomes Real: 10,000 Africans Per Week Land on Italian Coast in Massive Third Wor...
Tags:CivilizationMatt KoehlNew OrderWestern Civilization

Too Late to Escape 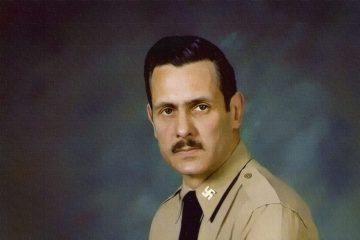 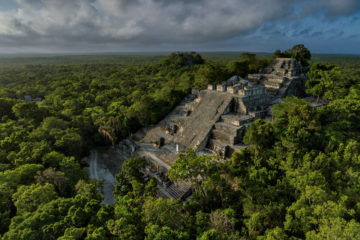 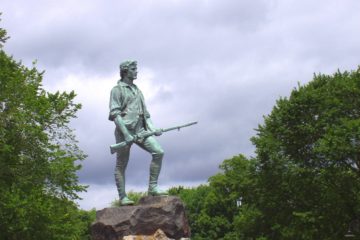 Koehl was a visionary and the events of the next decade might also prove him a prophet.

And the decades following this next one, George. The new order of Whites will be a smarter and tougher breed than what is known now, it’s up to us to pass on to them Cosmotheism so that they’ll have excellent guidance.

Matt Koehl says that the last aspect of the Old Order that will collapse will be its political system. But he might have added that in its death throes, the politicians will turn to the military to save them, as only brute force will matter at that time.

Right-wing types fear the imposition of a Marxist dictatorship in the US. But although the Marxists are noisy and obnoxious, they wield little real power. Historically, Marxism is now a spent force.

“The would be tyrant has but to win a mass following and the people will help and assist his most ruthless elimination of his opponents.”
“Democracy and dictatorship are not opposites or mortal enemies, but twin children of the great revolution.”
William Simpson +W.W.W.M.+

The so called United States is held together by Federal guns. That makes it a dictatorship by default. The extravagant outfit on the Potomac is a horror story.

I was a teenager when the Federals marched into my state in the name of forced amalgamation. That’s a dictatorship. Back then, we went outside and everything.

The fall of the West is due entirely to one sole pathogen, the jew. The jew is at the root of every degenerate and destabilizing movement. The jew is the eternal destroyer. They themselves admit this. How long will it take for our “body” to wake up to this lethal threat? We need to vaccinate ourselves as we did with small pox. There is no other way.

The best take away from Koehl
“We must intensify our efforts in the mobilization and moral and spiritual preparation of that select, idealistic minority which one day will be called upon to make those hard decisions leading to a better world for future Aryan generations.”
What better a foundation can come thru the NA by Cosmotheism