THE LEAD ARTICLE in the Scientific American for May is “A Surge in Inequality,” by Lester C. Thurow, A.M. (Oxon.), Ph.D. (in Economics, Harvard), who is a Professor of Management and Economics in the Massachusetts Institute of Technology. He adduces statistics that show that in 1985 the upper 20% of the population of this country received 43.5% of the national income, while the bottom 60% received only 32.4% of the income, and that this disparity constantly increases by one or two percent each year.

The middle class, between the two extremes, is steadily decreasing in both numbers and income, and, what is quite significant, 70% of the married couples in that class can maintain their position in it only by having both husband and wife go out to work. Although the author does not say so, this means that they are really proletarians, conforming to what was, a few decades ago, regarded as one of the most barbarous and reprehensible aspects of the Communist régime in Russia.

The statistics merely confirm what everyone knows: that the rich are becoming richer, the poor, poorer, while the middle class is being slowly and inexorably liquidated and reduced to proletarian status.

The article further shows that a crash is inevitable. The annual trade deficit, i.e., the excess of imports over exports, is equivalent to the work of four million full-time employees in manufacturing. What is more, that deficit of $170,000,000,000 annually is simply that amount of debt. The United States is, in fact, a bankrupt nation, having progressed to the status of the “banana republics” that were objects of derision fifty years ago.

The statistics are, so far as I know, accurate, and if the author was afraid of punishment, if he explained the causes of the economic conditions, he should have stopped there. But he did not stop.

He does note the utter failure of the preconized attempts to avert a continued increase in the process by which the rich become richer and the poor poorer. He remarks that an effective action requires “a return to the structural policies of the 19th century rather than to the tax and transfer policies of the 20th century.” That is the nearest he comes to hinting that economic inequality is inherent in the very structure of a civilized society, and that the latter also requires a certain minimum stability based on social status, as distinct from mere profits, however derived. And the professor seems to forget, as statisticans so often do, that there can be no equality among units of unequal value: what a viable society needs is inequality of income proportional to the cultural, ethical, and intellectual inequality in its population. But he does intimate that the most immediate problem is this country’s ever growing dependence on the manufactures of other nations.

The cause of our industrial decline, he tells us, is our inability to compete with other industrial nations whose technology has become equal or superior to our own. And as an example of what has happened, he prints a picture of the U.S. Steel company’s great plant at McKeesport, Pennsylvania, now abandoned.  We were once a great industrial nation; we are now on the way to becoming totally dependent on the more advanced nations for manufactured goods.

The professor, living in an ambience of Christian superstition, may never have even remarked the folly of the Aryan nations, who, having a virtual monopoly of industrial technology and scientific knowledge, fatuously gave the instruments of their power to other races, who eagerly flocked into their schools and universities to acquire the techniques they could use as weapons against the West. And to hasten and consummate their ruin, the infatuated Americans, even more than the other nations of a race become imbecile, taxed themselves to provide their natural enemies with industrial plants and the service of White technicians to put those factories in operation. That was equivalent to playing Russian roulette with all the chambers of the revolver loaded.

When the Aryan nations elected to commit economic and political suicide, some members of the older Christian sects may have had minds so acute that they had a vague apprehension of the consequences of their folly, but they probably told themselves that Jesus’s bookkeepers were entering credits on their heavenly pass-books; the members of the Marxian sects did not think that far, having an even more fanatical and blind faith in the revelations of their refurbished messiah.

The professor’s mind may never have perceived that the Aryan nations could have elected policies of self-preservation instead of holiness, but he cannot have failed to see that the economic ruin of the United States was achieved by a nicely calculated plan. When the loathsome creature called Franklin Roosevelt took office, hugging himself with delight at his success in deceiving the “conservatives” with artful promises, and believing himself destined to be the American Lenin, the wrecking crews started to undermine and subvert American industry with crypto-Communist innovations for “social justice,” but their bosses remembered the need to preserve the nation’s industrial capacity for use in the disastrous war that it would take some years to contrive. It was only after the Suicide of the West had been achieved militarily in 1945 that the wreckers began to dismantle our industrial plants while cooing ideals to simple-minded Americans, whose mammalian instinct of self-preservation had been so etiolated with Christian hokum that when Jackanapes Kennedy gabbled about exchanging their national independence for “interdependence” in the Jews’ One World, they, instead of impeaching him for high treason, grinned and simpered like idiots.

Our now almost hopeless technological and industrial inferiority is our own work and we must bear the resposibility for it, not blame the more intelligent races that exploited our fatuity. No honest discussion of our plight can omit that elementary fact.

The article reaches an acme of absurdity, however, in its references to the Japanese, a remarkable nation of which I gave some account in The Yellow Peril. An intelligible comparison of Japan to the United States must begin with two fundamental facts, viz.: that Japan is a racially homogeneous and clean nation, not the filthy multi-racial cesspool we have made of the country that once was ours; and that the Japanese, for all practical purposes, have shown themselves immune to the virus of Christianity in all of its mutations. Professor Thurow does not mention either of these facts, and in an article such as his, that is tantamount to denying them.

Even more reprehensible is his bland assumption that the difference is to be accounted for by the fact that Japanese children spend more days in school each year than American children. That is simply to deny by implication the enormous contrast between Japanese schools and our tax-supported boob-hatcheries.

In Japan, the pupils are subject to a strict discipline and are taught the values of their own culture and the facts of the real world; they acquire a justified pride in their own race and nation, which not only survived a crushing military defeat by the White Devils but has now made itself so greatly superior to the effete and self-doomed race that has made itself dependent on Japanese technology and industry.

In the United States, “educators” pounce on a child and, more or less openly (depending on what they judge expedient in the community they are victimizing), set to work to destroy its racial instincts, its self-respect, and its rationality. The unfortunate moppet is denied an opportunity to learn the English language and its literature, the elements of mathematics, an outline of history, and the rudiments of science, all of which are derided as “rote learning.” In place of educational subjects, Aryan children are held down and inoculated with the “One World” pus; their capacity for self-respect is systematically destroyed by forced association with the dregs of the genus humanum; and each is made to feel guilty because he or she is White. The helpless victims are taught to despise Western culture, instead of which both sexes are taught to copulate early and often, preferably with niggers and wogs, to show they are so “enlightened” that they share a cretin’s inability to discriminate.

In many schools, White children of the tenderest age are blighted by what is called “sensitivity training,” and are forced to handle one another’s sexual organs so that they can decide what “lifestyle” they will elect when they are puberate, adopting, if male, either the exciting life of homosexual perverts or the humdrum existence of the “straights,” i.e., heterosexuals, which, however, becomes interesting and enjoyable when females have been taught to be lascivious, promiscuous, and preferably undiscriminating and multi-racial in copulation.(1)

(1. This emphasis in education has been so successful that one-third or almost one-third of female undergraduates are infected with venereal diseases. The most common of these diseases is chlamydia, which is found in 20% to 30% of women in colleges; it affects only females, but may be transmitted by males. The current overriding concern with Immunity Deficiency appears to have restricted investigation of chlamydia, which is not lethal, but has effects, especially on the capacity for successful pregnancy, that are variously reported. It is thought to be viral and it has been suggested that the epidemic of it may be related to the use of drugs that avert pregnancy by suppressing normal physiological functions. Herpes, gonorrhea, and some varieties of granuloma are next to chlamydia in popularity. An improved variety of syphilis, unaffected by the usual therapeutic agents, is said to be spreading rapidly, but I know of no statistics that indicate how widely it is disseminated at the present time. There are also no statistics which show the relative incidence of the various venereal diseases in women of the several races, except “AIDS,” for which it has been at last reluctantly admitted that it is ten times more common among negresses and mestizas than among White women, including prostitutes. (See the United Press despatch by Charles Taylor from Atlanta, 26 March 1987.))

And the “educators,” above all, delight in ramming into a young child’s consciousness the Jews’ great Holohoax, partly as a remunerative service to Yahweh’s Master Race, but  also as a means of making the little victim permanently neurotic and mentally deranged.(2)

(2. An honest expert, Charlotte Iserbyt, Special Assistant to the Secretary of Education, resigned in protest at the use of the Holohoax to induce in children neuroses, psychopathic feelings of guilt, inferiority, and shame, and a mental paresis that makes the victim afraid of learning anything. Miss Iserbyt had been taken in by the Jews’ gigantic hoax and believed that the fictitious “Holocaust” had actually happened, but she protested the use of “Holocaust studies” as a form of psychological child-molestation. She summarized her protest in an article that was reproduced in the local newspaper of her home town, Bangor, Maine, on 10 July 1983, and, four days later, in the more widely read Washington Times. She may have hoped to arouse concern by her disclosures, but, as has been obvious for years, the majority of Americans have lost the normal mammalian instinct to protect their offspring. A species so denatured and degenerate is not viable, and will inevitably become extinct.)

Ignoring and, in the context, effectively denying this drastic contrast, Professor Thurow talks about the number of days spent in schoolrooms!

Politics, including economics, is not a subject susceptible of scientific study, for which strict objectivity is requisite, but it is also a subject in which a denial of reality is as fatal as in scientific investigation. I feel confident that the Scientific American would not publish an article on earthquakes which made no mention of volcanoes and geological faults, and implied that the primary cause was climate and rainfall.

Out of Space
The New World Order
A Rose is a Rose, &C.
The Tiny Grain of Truth Behind the Holocaust Hoax
Practical Politics
After 100 Years, part 2
Psychic Pestilence
Want to Buy a Bible?
Tags:American economyIncome InequalityMiddle ClassRevilo P. Oliver 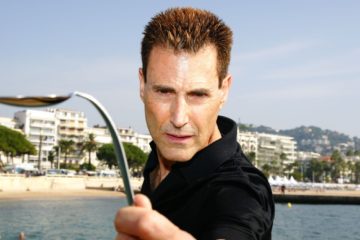 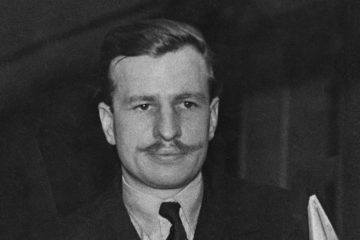 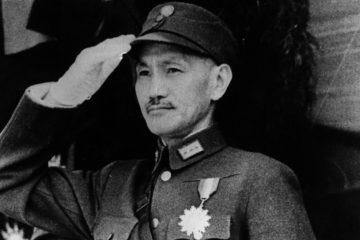