Is Breitbart Now More Radical than the Occidental Observer? 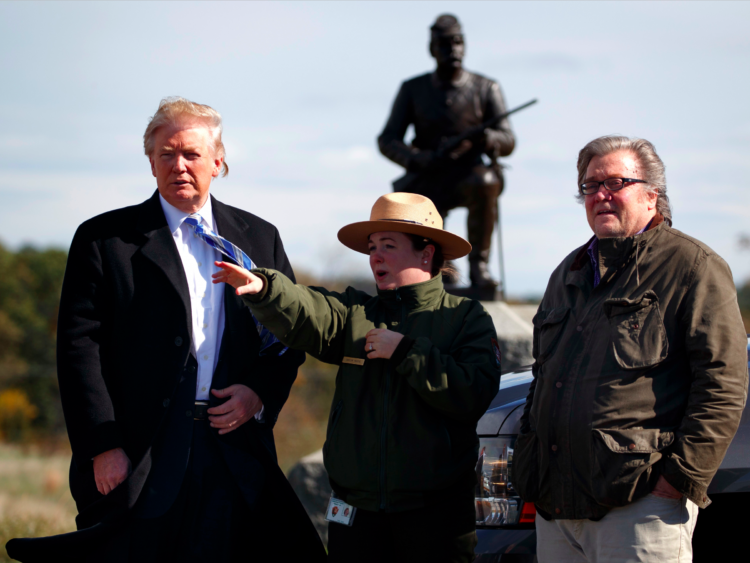 IN REGARD to the hostile reactions toward the appointment of Stephen Bannon, former editor of Breitbart, as Donald Trump’s chief of staff, there is an interesting contrast between the treatment given by the Occidental Observer (ostensibly a White nationalist site), and by Breitbart itself (until recently at least, a Jew-friendly “conservative” site).

TOO on 15 November ran an essay titled: “Political Assassination: The Smearing of Steve Bannon,” by somebody called Marcus Alethia, Ph.D. The essay purports to defend Bannon by affirming that he is not a raging anti-Semite and not a racist as mainstream media have accused.

Wait a minute. Why would there be any interest for a White nationalist site to demonstrate that Steve Bannon is not critical of Jews and not loyal to the White race? Are these really smears? Who was supposed to read this? It would make sense if some “responsible conservative” publication “defended” Bannon from such charges, but from the White nationalist perspective a defense is neither necessary nor desirable.

For Marcus Alethia, Ph.D., however, the desire to debunk these “smears” is understandable, since he is not a White nationalist but rather, it is stated in the essay, “an American Jew.”

Ironically it is Breitbart, quoting Ann Coulter, that takes the proper White nationalist attitude toward the enemy’s statements about Bannon. In an appearance on Sean Hannity’s radio show Coulter said:

“We’ve just gone through 16 months with the media calling Trump ‘Hitler,’” she said. “I believe every single op-ed columnist at the New York Times at one point or another in the past year has a brilliant think piece on the comparisons between Donald Trump and Adolf Hitler. It didn’t work; so now they’re trying it with his aide. You know, I had never heard of, and I’m sure you haven’t, nobody had heard of this ‘alt-right’ until Donald Trump was running. But now having discovered these teenagers — they’re really leading the way in taunting the media and the liberals. And their position — I think they’re leading us the way out of this by just saying, ‘No, actually it is fun to be called a racist.’”

Coulter went on to add what she thought the appropriate response should be to those attacking Bannon.

“The only reaction to this nonsense — I don’t want anyone going on TV and somberly telling us that Steve Bannon is not an anti-Semite, he is not a racist,” she added. “How about, ‘Screw you’?” [Jeff Poor, Breitbart, 15 November 2016]

Exactly right, Ann. This kind of devil-may-care defiance is an important part of what the White majority of the United States has learned over the past sixteen months. “These teenagers” might be a reference to the “troll-army” of The Daily Stormer, or the cut-ups at MyPostingCareer who invented the term “cuckservative,” but the Donald himself has exhibited a remarkably low level of concern about imputations of racism — unlike every other politician. The example has steeled the spines of others.

Rush Limbaugh, himself a figure of enormous influence, is among those who have been at least somewhat emboldened. Limbaugh’s typical pattern, in the past, has always been to try to turn every racial issue into something else, often an economic issue, and to argue for what he apparently regards as White racial interests in that guise. The words “White people” were very rarely heard from Rush Limbaugh. On the Wednesday and Thursday after the election, however, Limbaugh spent considerable time talking about the fact that White people as a group have interests, and asked rhetorically why it should be wrong for White people as a group to vote according to their interests. This is unprecedented from Limbaugh. This is the effect of Trump’s presidential campaign and the victory that followed.

What a shame that the Occidental Observer apologizes for racism at precisely the moment when many White Americans have outgrown such apologies.

The Working Class Won the Election

Trump’s Appointment of Pompeo as CIA Chief is Major Fail

Hadding, I have a better understanding of the “Alt-Right” after reading your and Ann Coulter’s descriptions. Coulter and Limbaugh and others who have influence are coming our way. That’s because being a “Nazi racist” is easier for them now. Did you see where The Atlantic magazine’s house Jew claimed that Dr. Pierce’s novel The Turner Diaries gave birth to the Alt-Right? http://whitebiocentrism.com/viewtopic.php?f=28&t=2813&hilit=Berman+Turner+Diaries%2C+alt+right

What a great time for Whites to be involved in serious racial politics. Bumper sticker: I WAS DEPLORABLE BEFORE IT WAS COOL.

There is deep disagreement about what Alt Right means. Peter Brimelow has presented himself as Alt Right since the term attracted so much attention, but does not want to be in the same category as people who have no worries about being called racist or nazi. Brimelow says that VDare’s position is that Hitler was almost as bad as Stalin. Not many who call themselves Alt Right would agree with that. Matt Heimbach was not allowed to attend NPI’s conference last year because of his position on homosexuality. So apparently that’s one more criterion that would exclude many would-be adherents. This Alt Right thing seems to have the same kind of disconnection between the elite and the base as we’ve seen in the Republican Party, except that the Republican Party… Read more »

Is Breitbart Now More Radical than the Occidental Observer?