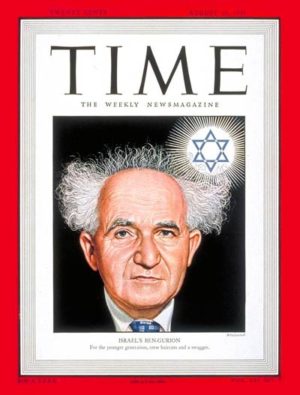 Documents prove that Ben-Gurion recognized that Jews were murdering Arabs on a huge, uncontrolled scale. He believed that only the death penalty could stop the murder spree — and the bad reputation it was bringing to Jews and Israel. The high-level debate among Israeli leaders of the time is very revealing of widely-held Jewish attitudes toward non-Jews.

“I’M NOT the justice minister, I’m not the police minister and I don’t know all criminal acts committed here, but as defense minister I know some of the crimes, and I must say the situation is frightening in two areas: 1) acts of murder and 2) acts of rape.” So declared Prime Minister and Defense Minister David Ben-Gurion (pictured) in 1951 before dropping a bombshell: “People in the [General] Staff tell me, and it’s my view as well, that until a Jewish soldier is hanged for murdering Arabs, these acts of murder won’t end.”

Ben-Gurion was speaking the above words at a cabinet meeting on abolishing the death penalty. Jewish-Arab tensions were high following the 1948 war, and there was also a problem with what some Jews called “infiltrators”: Arab refugees seeking to return to the homes and fields from which they had been driven by the Jews during the war. Consequently, Jewish murders of Arabs had proliferated, and even some Israeli ministers considered the death penalty necessary to solve this problem.

“In general, those who have guns use them,” Ben-Gurion asserted, adding that some Israelis “think Jews are people but Arabs aren’t, so you can do anything to them. And some think it’s a mitzvah [good deed as defined in Judaism — Ed.] to kill Arabs, and that everything the government says against murdering Arabs isn’t serious, that it’s just a pretense that killing Arabs is forbidden, but in fact, it’s a blessing because there will be fewer Arabs here. As long as they think that, the murders won’t stop.”

Ben-Gurion said he, too, would prefer fewer Arabs, but not at the price of murder and the bad publicity that would result. “Abolishing the death penalty will increase bloodshed,” he warned, especially between Jews and Arabs. “Soon, we won’t be able to show our faces to the world. Jews meet an Arab and murder him.”

The cabinet first discussed abolishing the death penalty – a legacy of the British Mandate – in July 1949, at the urging of Justice Minister Pinhas Rosen. Ben-Gurion was dubious even then. He said he would support the bill, but was almost certain the death penalty would ultimately be reinstated, because abolishing it “will lead to a proliferation of murders.” After intense debate, the cabinet agreed to abolish the death sentence except for treason during a state of emergency.

Foreign Minister Moshe Sharett, who in 1949 had supported abolishing the death penalty on the grounds that “Human society must aspire to a moral level at which it’s forbidden to take human life,” also unexpectedly reversed himself at this meeting.

“With great regret I’ve become convinced that abolishing the death penalty is inconceivable,” he announced, noting that even countries “which are immeasurably more humane than we are – I’ve spent years there and I live here – maintain the death penalty.”

The main reason for his U-turn, however, was “the crimes that have happened and are happening week after week, especially in the army,” including some that weren’t public knowledge. Sociopaths might not be deterred by the death penalty, Sharett admitted, “but that Jewish chap who kills two Arabs he met on the road, I’m not willing to say, without trying it first, that he’s a killer by nature and won’t fear the death penalty.”

Some Jews, Sharett said, think “every Arab is a dog, a wild dog that it’s a mitzvah to kill.” And “to save them from killing human beings, it’s a mitzvah to have the death penalty here. As long as we don’t have it, these murders will continue, and we’ll be held accountable, and it will create moral corruption here.

“I’ve giving a speech of repentance and confession here,” he continued. “I’ve learned from experience that in this country, the death penalty is necessary… We made a mistake when we stopped hanging… If all the crimes committed in this country were reported, terror would grip the public and lynchings would start. I’d shoot a Jewish chap who wanted to shoot an Arab passerby if that were the way to save him.”

Sharett then described one case in which three Arabs were killed and a fourth saved only because a Jew threw him into a hut, and another case in which two Indian Jews were almost killed by fellow Jews who thought they were Arabs until they shouted “Israel.”

“There have been worse cases,” Ben-Gurion responded.

In the end, the death penalty was abolished – but only three years later, in 1954. The murders of non-Jews, both state-sanctioned and otherwise, have never stopped.

Source: based on documents published by Haaretz

Jew Who Created Thousands of Hate Hoaxes and Threats Will Not Be Extradited
Trump Bows and Scrapes to Murderous Zionist Jews
Canada: "Antisemitism" - Real and Imagined
How They Rule
25 Senators in Secret Meeting With Jewish Leaders to Plot Strategy Against Growing Anger Over Influe...
Jews, the USSR, and Communism
Real Politics Is Not a Game
Remembering Richard Nixon
Tags:David Ben-GurionIsraelJewish HistoryZionism 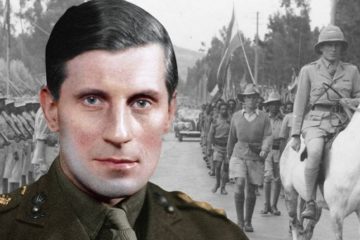 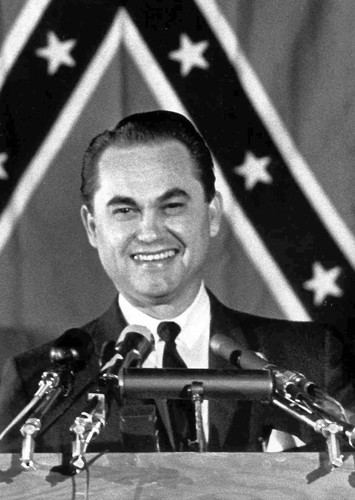