What’s the Israeli Connection to Honduras, Where the “Caravans” Are Coming From? 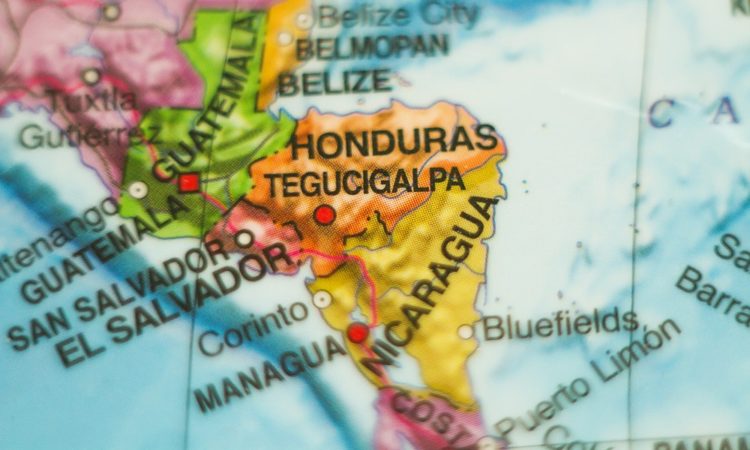 JUST AS IT SERVICED murderous regimes in Central America in the 1980s, Israel will now be exporting forms of repression to Honduras, possibly driving dissatisfaction among citizens and making recruitment for such projects as the “caravans” easier. The post-coup Honduran regime is also forging tight links with the Israeli/Jewish axis, making all kinds of access easier for Jewish corporations, intelligence agencies, and NGOs.

In the aftermath of the 2009 coup in Honduras, I had the opportunity to interview deposed President Manuel Zelaya, who, having been kindly escorted in his pajamas to Costa Rica by the Honduran military, had then resurfaced in Tegucigalpa and taken refuge in the embassy of Brazil. The interview took place via an intermediary inside the embassy, who conveyed my questions to Zelaya.

One topic we touched on was a comment the left-leaning Zelaya had made concerning “Israeli mercenaries” operating in Honduras. This had unleashed a predictable hullabaloo in international media, with commentators tripping over each other to portray the besieged leader as an “anti-Semite” extraordinaire on some sort of permanent acid trip.

In my write-up of the interview, which was published in an insignificant publication, I happened to point out that Israeli mercenaries weren’t exactly foreign to the Central American landscape. When the piece came out, the publisher of another insignificant publication—to which I had contributed some anti-coup articles—threw a fit. How dare I bring the Israelis into it; I would alienate all of Washington!

Now that the coup has consolidated its power, it’s even easier to bring the Israelis in. And current Honduran President Juan Orlando Hernández knows it.

He pushed the country’s Congress to approve a military cooperation agreement with Israel that he swears is “fundamental to the growth of the Honduran nation.”

The security agreement, announced two years ago [approximately one year before the first known “caravan”], would add to an existing collection of pacts cemented during Hernández’s earlier visit to Israel year in the company of several ministers and the Honduran military chief. The Jerusalem Post noted that, in addition to development deals on agriculture and water management, Hernández and Israeli President Reuven Rivlin made an agreement that didn’t require “any documentation or signatures.” Both leaders pledged “to speak out on behalf of the other’s country in all international forums, and particularly when speaking to members of the U.S. Congress.”

The Post also drew attention to Hernández’s privileged status as an alumnus of a young leadership program in Israel run by Mashav, Israel’s Agency for International Development Cooperation. In the early 1990s, Hernández received a scholarship to said program—a twist of fate that, the Post observed unironically, “has obviously paid off.”

Who said anything about Israeli mercenaries?

According to the Honduran daily La Tribuna, Hernández claims that the new Honduran-Israeli security accord would enhance the state’s ability to fight organized crime, presumably via new-and-improved weaponry. “The strengthening of our armed forces,” the president is quoted as speculating, “probably would never have happened otherwise.”

There has been much handwringing over the dismal security situation in Honduras—which incidentally reached unprecedentedly appalling proportions after the coup, for anyone who would like to draw conclusions on that front. But when so much of the crime in the country is committed by Honduran security forces themselves, it’s difficult to see how giving them better weapons is going to fix matters.

Granted, one of Israel’s great talents is to engage in pervasively criminal behavior and then blame it on the victims. And while the Honduran authorities are already quite good at this, as well, there’s always room for improvement.

During his 2015 pilgrimage to Israel, Hernández made sure to present an easily digestible version of the violence in Honduras: It was the fault of the drug traffickers, period. As The Jerusalem Post reported, Israeli President Rivlin’s sympathetic “response was that terrorism is terrorism – whether it be the outcome of fundamentalism or drug trafficking.”

This was no doubt music to the ears of the Honduran government, which has long been itching to have its very own war on terror.

This has been especially clear since the early 1980s, when Israel helped Honduras circumnavigate some minor obstacles to arming itself to the teeth. The obstructions owed to perfunctory U.S. concerns over human rights abuses—abuses that were of course completely permissible as long as the U.S. was not too blatantly linked to them.

Now, decades later, Israel’s services are still in high demand. Why? Because Israel peddles forms of repression — marketed as “security” — that appeal to abusive regimes.

These strategies and methods have undergone ample testing in the field. As a report by the International Jewish Anti-Zionist Network (IJAN), titled “Israel’s Worldwide Role in Repression,” summarizes: “Israel uses [billions upon billions of dollars in] U.S. aid to fund its ongoing occupation of Palestine and Syria and its military campaigns, which in turn serve as a laboratory to develop weapons, surveillance technology, and tactics of population control that are then marketed across the globe.”

Conveniently, profits are then used “to further repress and displace Palestinians, developing still more deadly weapons in the process.”

For an elite minority of Hondurans, there’s also plenty of profit to be made off of an ever-worsening security situation requiring ever more intense applications of “security.”

Another factor to be considered, besides just repression driving weaponized emigration, is simply the free and open access the Mossad, other Israeli agencies, and Jewish-linked NGOs now have in Honduras, a nation which is acting — along with who knows how many other formerly independent nations — as a tool of Jewish interests.

Source: based on an article at Telesur TV

"Of Course We Have to Politicize the Pittsburgh Bloodbath. That’s What Jews Do."

What’s the Israeli Connection to Honduras, Where the “Caravans” Are Coming From?