“A DECLASSIFIED REPORT by the US Defense Department reveals that Washington helped Israel develop a hydrogen bomb, in violation of international law.

“The 1987 report said Israel’s nuclear sites had the technology base required to design and produce nuclear weapons. It said top Israeli nuclear facilities were equivalent to laboratories that played a key role in the development of US nuclear arsenal. Washington has been criticized for covering up the report for over two and a half decades. US federal laws prohibit foreign aid to those who import nuclear enrichment equipment or technology outside international safeguards. Israel has long defied calls to sign the nuclear non-proliferation treaty and is believed to have hundreds of nuclear warheads.” Source

News of this recently declassified report was also covered by RT (Russia Today) on February 13, 2015:

Conceding to a federal lawsuit, the US government agreed to release a 1987 Defense Department report detailing US assistance to Israel in its development of a hydrogen bomb, which skirted international standards.

… The report’s release earlier this week was initiated by a Freedom of Information Act request made three years ago by Grant Smith, director of the Washington think tank Institute for Research: Middle Eastern Policy. Smith filed a lawsuit in September in order to compel the Pentagon to substantially address the request.

“It’s our basic position that in 1987 the Department of Defense discovered that Israel had a nuclear weapons program, detailed it and then has covered it up for 25 years in violation of the Symington and Glenn amendments, costing taxpayers $86 billion,” Smith said during a hearing in late 2014 before Judge Tanya Chutkan in US District Court for the District of Columbia.

… Israeli Prime Minister Binyamin Netanyahu’s planned address before the US Congress was controversially arranged by Republican leadership without consultation of congressional Democrats or the White House.

The speech will occur weeks before Netanyahu will seek reelection, and is to center around his opposition to any agreement with Iran over its nuclear program, a deal the US — while levying heavy sanctions on Tehran — has pursued despite protests from its preeminent ally in the Middle East, Israel.

The RT report ends by further stating: “Tehran’s nuclear program is legal under the terms of the Nuclear Non-Proliferation Treaty, to which Israel is one of the few United Nations members that is not a signatory.”

Commentary by Michael Olanich: If anything, the declassification of this 1987 report by the Department of Defense is only further confirmation to the total subservience of our government to that of Israel. Since its inception in 1948, Israel has been supported militarily, financially, and diplomatically by the U.S., with an estimated $3 billion given to them each year in foreign aid. And, that does not count the additional $10-15 billion sent to Israel in indirect aid via loan guarantees which are never paid back, and valuable military equipment which is deemed “scrapped.” Without this consistent support, Israel would cease to exist as a nation, despite its nuclear and military arsenal.

Furthermore, to continue to aid and abet a foreign nation which has deliberately attacked us by trying to sink a U.S. Navy vessel — the U.S.S. Liberty — in 1967, defies all logic and is beyond comprehension. Israel also has a proven track record of spying on the U.S., with the case of American-Jew Jonathan Pollard being the most infamous.

The only logical conclusion an objective observer can draw is that our government has somehow been infiltrated or corrupted to a significant extent by America’s 2% Jewish minority, which seeks to serve an agenda that only benefits Jews, and not Americans. This fact is inescapable – and anyone who believes otherwise is either ignorant of the facts or is acting in denial to avoid placing the blame where it squarely belongs.

Nevertheless, we should be grateful to Americans like Grant Smith. He has single-handedly forced the hand of the government to release a damning report that provides concrete proof of America’s involvement in building Israel’s weapons of mass destruction – the very premise we’ve used to wage war and conquer nations such as Iraq, based on zero evidence. And, the very reason why we have been acting in an aggressive manner towards Iran for over a decade, placing debilitating sanctions on that nation because they wish to pursue the science of nuclear energy so they can sustain themselves.

The duty of every American must be to expose this great hypocrisy. Whenever you hear someone or some media personality explain to you how “Israel is America’s only ally in the Middle East,” or how “Iran threatens America’s security,” speak out and speak loudly to expose these sentiments for the blatant lies they are.

Toward a Healthy Society 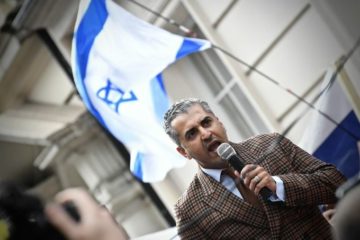 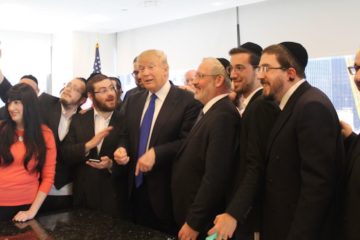