THE BRITISH PRESS in November and December was full of pontificating about the ruin of Count Nikolai Tolstoy, of the Russian noble family that produced an astonishing number of well-known novelists, including the author of Anna Karenina and War and Peace. One of two long articles in the Sunday Times, 3 December 1989, is perhaps the most reasonable — or rather the least unreasonable of the comments I have seen.

The present Count Tolstoy is an historian who has particularly concerned himself with the massacre of at least thirty thousand civilized Russians by collaboration between the British servants of the Jews and Stalin in 1945. (The comparable but greater crimes of the Americans are not at issue here.) You may remember his Victims of Yalta and Stalin’s Secret Army, a book which distressed the British establishment by showing the close cooperation between ranking members of the British government and the Soviet enemies of civilization.

In his latest book, The Minister and the Massacres (London, Century-Hutchison, 1986), Count Tolstoy alleged that the massacres were the result of a conspiracy headed by Harold Macmillan, whom Churchill had made “political adviser” to General (Field Marshall) Alexander, and who thus was able to use the General as an unwitting accomplice in the massacres by conspiring with his subordinates.

Tolstoy and his publishers were sued for libel by Lord Aldington.

Let not Baron Aldington’s title make you think of Britain’s hereditary nobility; he was a young man of twenty-five named Low in 1939, when Great Britain began to act on behalf of International Jewry, which had formally declared war on Germany almost seven years before, but naturally had to wait until its henchmen could mobilize gullible Aryans to do its fighting. Low, through merit or the kind of political corruption that came to dominate the American Army under Roosevelt, soared up to the rank of General, and, as General Low, issued the commands to the British forces that carried out the bloody crime against international law and the ethics of our race. After the war, Low became Chairman of the Board of one of Britain’s largest and wealthiest insurance companies, and naturally a wealthy man himself. He was catapulted into the peerage in 1962 and chose the title, Baron Aldington.

When the Baron filed his libel suit, Tolstoy’s publishers hurriedly weaseled out by arranging to settle for a mere 30,000 pounds, leaving poor Tolstoy, who was the real object of the British Establishment’s wrath, to fight alone. (He received no real help from a man named Watts, who was prosecuted with him.) The trial took place before a British judge, who, if the press reports are to be trusted, was overtly hostile to the defendant. It was relatively easy for Low-Aldington to prove that he had acted under orders, a plea which suffices in civilized tribunals, but was ignored by the Americans when they obscenely murdered German officers to please the world’s parasites. Tolstoy was simply crushed by a judgement for damages far exceeding what he could ever pay, plus the costs with which the loser is taxed in England, making the total he must pay the staggering sum of 2,500,000 pounds!

If the accounts of the trial in the press are to be trusted, I must concede that the verdict that Tolstoy was guilty of libel was legally correct, although the damages awarded were fantastically excessive, but I regret anything that redounds to the profit of Low-Aldington, who, again if the reports are to be trusted, must have sworn that when he had the unarmed men (and some women and children) “repatriated,” with elaborate precautions to prevent them from committing suicide, he had no idea they would not be treated with kindness by the Soviets. I am reminded of the Chicago gangster who wiped out some members of a rival gang, and then, when on trial, swore he hadn’t known his machine gun was loaded.

Tolstoy’s ruin came — legally, at least — from an odd twist in his book. He alleged that the British part of one of the great instances of treachery and barbarity in modern history came from a conspiracy headed by Macmillan, who acted without the knowledge of Winston Churchill. That made officers who carried out orders that Macmillan had no authority to give into participants in the conspiracy. I wish I knew whether this was Tolstoy’s idea or was suggested to him by some adviser, possibly the weaseling publishers, who urged that the Establishment would not permit derogatory comments about Britain’s greatest War Criminal.

Although one of the articles in the Sunday Times is devoted to laundering Macmillan, there can be no question but that he was morally quite capable of the crime of which he was accused. He was probably a traitor, and when Prime Minister certainly acted to shield traitors and enemy agents. He will be best remembered from the widely published photograph that showed him, attired for Ascot, doing his plebeian best to look like a haughty British nobleman, perhaps with foreknowledge that he would soon be jacked up into the peerage as Lord Stockton. What is wrong with Tolstoy’s thesis is the notion that Macmillan, a born toady, would have dared to do anything more than sharpen a pencil without the approbation of his blood-thirsty boss.

The very fact that Churchill, in imitation of Soviet practice, appointed “political advisers” to keep commanding generals under surveillance and thwart, if possible, any tendency to observe the code of warfare on which civilized nations had agreed, was evidence in itself of where the real responsibility lay.

Had Tolstoy taken the reasonable and logical position that the crime was carried out on the orders of Churchill, whom British officers, by the rules and ethics of their profession, were obliged to obey, willing or unwillingly, his position would have been legally as well as historically impregnable.

The historical facts may be definitely established in the awaited second volume of David Irving’s Churchill’s War. In the meantime, we must wonder what made poor Tolstoy aim so low the deadly projectile of his research and deliberately miss the logical target.

It would be a waste of your time to take notice of the bleating in the British press that the crime was justified by the “requirements of postwar policy” and especially the need to rush American money into Russia to bolster the regime of Roosevelt’s accomplice. It is too late for journalistic sleight-of-pen to save the British Establishment. It was unable to prevent the publication of David Irving’s Churchill’s War (1) or the book by Peter Wright. (2) The hurried murder of the aged Rudolph Hess was botched, and so, in current idiom, was sensationally “counter-productive.” Almost every day brings to light more evidence of the Establishment’s Judaic viciousness and corruption.

I have just noticed the disclosure, by Aaron Moshel, a retired agent of Mossad, the Jews’ agency for espionage and terrorism, that it was he who, on orders from his superiors, warned the notorious British traitor, Kim Philby, that his treason had been discovered by MI5 (which, of course, had been penetrated by the Jews’ Mossad) and that his arrest was imminent. Moshel thinks it likely that Philby himself was an agent of Mossad, which sent him to the Soviet KGB. Philby, he says, was inspired (doubtless at Cambridge, where he became a satellite of Lord Rothschild) with hatred of his rather distinguished father’s “anti-Semitism.” (3) So Philby, who married a Jewess, naturally did his best to destroy his own race, nation, and civilization.

(3. Here, of course, the absurdity of the Jews’ nonsense word, which they have made popular to impose on the thoughtless and disguise their own activities, becomes apparent. Harry St. John Philby, like his friend, T.E. Lawrence (“of Arabia”), was a great friend of the Semites and deplored their betrayal by Britain to please their vicious enemies, Yahweh’s Yids. Moshel thus dissipates the foolish but generally accepted conjectures that Kim Philby became a Bolshevik and traitor in emulation of his father’s friendship for Ibn Saud and vehement denunciation of the Jew-serving British government’s policy to expose the Semites of the Near East to Jewish depredations. The elder Philby, who opposed Britain’s war for the Jews and was illegally arrested and imprisoned in 1939, is now perhaps best remembered as the explorer of the Rub’a el Khali, which he described in The Empty Quarter (1933).)

Intelligence and terrorist agencies are compartmentalized in an effort to prevent a given agent from learning more than he “needs to know” to carry out his mission. Moshel, who was not even told whether or not Philby was in the employ of Mossad, would not have known precisely how Lord Rothschild was related to either Philby or Mossad. That remains to be elucidated, but the Judaeo-British Establishment will, if necessary, do anything to protect its Yiddish darling.

They Called It "Fascist Pseudoscience" 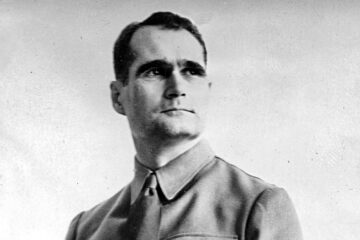 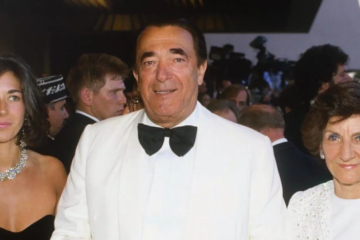