A video production based on William Pierce’s work Our Cause, one of the greatest speeches of the 20th century.

WILLIAM PIERCE (1933-2002) saw more deeply into the nature of life — and farther into the future — than any other thinker of modern times. This superb modern video production is based on an early version of his 1976 speech, Our Cause, which I believe will be known for centuries to come as one of the sparks which led to a revolution in the mind of European Man, and to a new — and necessary — purpose for our existence in this Universe.

Simply put, William Pierce was a prophet. He saw the world as it really is and saw our people’s plight in realistic terms; why our folk have become a fallen people — and who is responsible. But Dr. Pierce’s understanding of what is in danger of being lost was only part of the vision he had. Above the bleak realities of our ever-darkening world, William Pierce had a much higher vision of what our race could be. He realized that — if led by the best among us — there is no obstacle we cannot overcome, no battle we cannot win, no mystery we can not solve, and no feat we cannot accomplish. With his razor sharp insight, Dr. Pierce clearly saw what a magnificent and beautiful future could be ours if we were once again free to determine our own destiny.

I believe his name will be listed prominently among the pantheon of heroes and philosophers in future centuries — centuries of our people’s civilization that he will have helped to make possible.

Today, it is fifteen years since I said goodbye to William Pierce for the last time. In that interval, his stature as a teacher has, if anything, increased.

William Pierce knew that we are made of the same stuff as the Earth and the stars, that we are the expanding consciousness of an evolving Universe, and that your soul is, in a very profound sense, the soul of the Universe itself. If you had to encapsulate William Pierce’s life in a single sentence, it would be: He saw that the purpose of life is the increase of consciousness; he saw that our race was the leading edge and the living agent of that increase in consciousness; and he dedicated his life to the preservation and advancement of our kind. This view of ourselves as agents of evolving Life — and Life itself as an agent of an as-yet dimly seen force immanent in the Earth and in the Cosmos itself — has been expressed by other advanced thinkers, though never so forcefully or fully as it was expressed by Dr. Pierce. One such man was the poet John Hall Wheelock, who said in his poem Earth:

For the earth that breeds the trees
Breeds cities too, and symphonies.
Equally her beauty flows
Into a saviour, or a rose…
Through Leonardo’s hand she seeks
Herself, and through Beethoven speaks….

Even as the growing grass
Up from the soil religions pass…
And all man is, or yet may be,
Is but herself in agony
Toiling up the steep ascent
Toward the complete accomplishment
When all dust shall be, the whole
Universe, one conscious soul.
Yea, the quiet and cool sod
Bears in her breast the dream of God.

Two Minutes Hate
Classic Audio -- Riots and Revolution
Thinking about a White Future
Willis Carto (1926-2015) and the Origins of the National Alliance
The Spurious Shekel
Indiana Jewish Organizations Join Criticism of Religious Freedom Restoration Act
Whiteness Is Commanded of Us by the Creator
How It Fits Together
Tags:CosmotheismReligionWilliam Luther Pierce 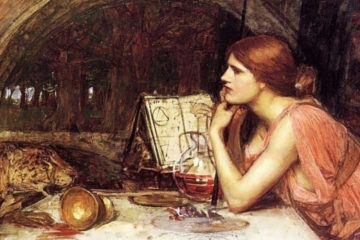 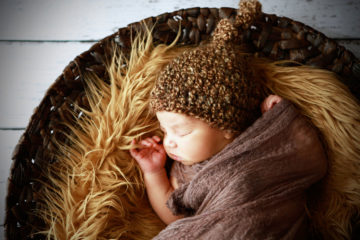 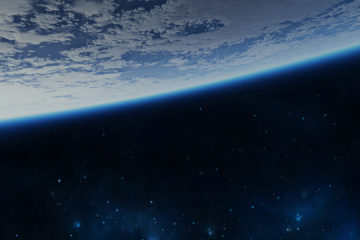 Wow. Dr. Pierce made that speech the year of my birth, 41 years ago. I am truly amazed at how his words so long ago, pertain so accurately to today’s cultural situation. His words are still completely relevant today. I was literally hanging on every word he spoke. He gives me hope, that one day, our people will reclaim our rightful spot in society, as the culture bearers, or should I say culture creators, of this world. Hopefully one day, all of the White Race will wake up, and take back what is ours.

Why not get off the sidelines, JoeJoe, and join the organization William Pierce founded to spread his Cosmotheist world view? https://natall.com/about/what-is-the-national-alliance/ The idea and words that inspire you and give you hope will inspire and arouse others who have the ears to hear like you and I and some others who frequent NV.org. We must find these responsible idealists and activate them for Our Cause, and fast! This new video presentation of a timeless speech is an excellent tool for doing that. David Pringle writes in the July internal NA members BULLETIN the effectiveness of Alliance members getting together for “listening parties” where we invite others into our circles, introduce them to our values and sound world view, then have discussion and fellowship. These gatherings can become like church, especially… Read more »

Amazing speech, from an amazing man. Thank you for posting it.

So anything that any human being does not do in accordance with the will of the creator and the self created is foolish, unwise and correspondingly self defeating to himself and his race in the long run! The real power is in sacrificing instant gratification for more long term and profound goals. Please try and help me as I’m a spiritually empty person trying to fill a void in my life so I can be as effective, powerful and significant as I can. What drew me to this was probably my Persian background. My family are from Northern Iran where Zoroastrianism is still much more appealing to the population rather than degenerate Islamic south. Zoroastrianism is really similar to this which is what drew me to it! I’ve seen the… Read more »

I see the universe built with rules of nature authored so that the 100 or so elements could react to each other and the environment in a certain, consistent way so that life was possible, and its struggle for survival, universal. Life likely exists on billions of planets, and may be quite similar to our Earth’s, as science slowly reveals that these rules let DNA to rise out of a morass of unrelated elements, almost anywhere conditions are within parameters that may not necessarily be unique to Earth. Whites may one day find kindred spirits in our own galaxy, by the end of this millennium, with their own parasite problem. From our point-of-view, a supernatural force had to author the laws of nature and conceive the elements of life, logically;… Read more »