Jews, Muslims — and Who Owns Palestine 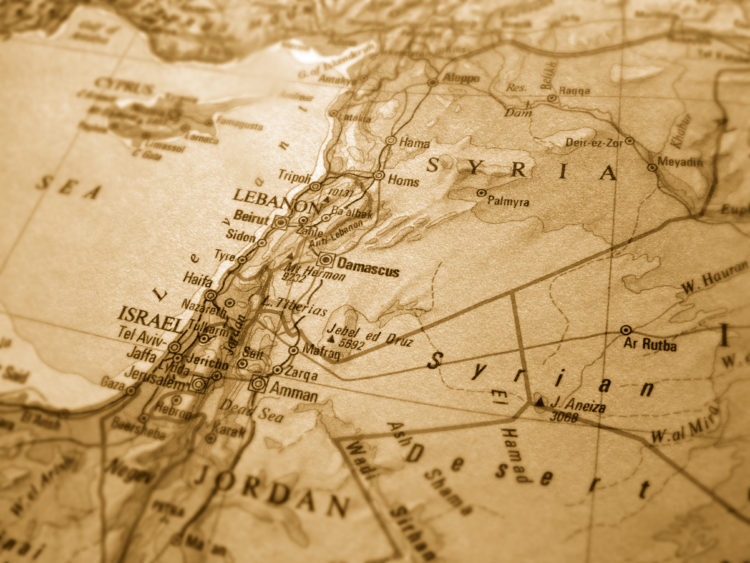 A writer attempts an objective view

REGARDING Judaism, I would offer that silly old expression, “Some of my best friends are Jews.” And some of my other best friends are Muslim. Though these are special situations. One of my mother’s best friends, long ago, was the widow of an SS officer, though both my parents had fought WWII on the British side. So it’s hard to pigeonhole, and probably not a good idea to do so. For one, thing, talking to “them” can leave a line of communication open.

But Judaism is immensely complicated. There’s also the question of Jews versus Zionists, a real can of worms. I’m not even sure how much I want to pursue the matter, since the final result is just to get oneself ostracized. I do know that any group that puts so much money and effort into “defense” and “anti-defamation” leagues, and that sort of thing, is certainly begging the question: If certain people are really so innocent, then why are they perpetually trying to shut down anyone who disagrees with them?

Israel — so much disinformation about it is spread around, and people don’t realize they’re being fooled. Many people fall for the myth that the Jews were the first people to live in the area that is now called Israel, and that the Muslims came along later and tried to take it away from them. What an amazing hash. Basically, the entire Middle East has been occupied for at least five thousand years, but probably much longer, by a great variety of societies speaking Semitic languages, all related to Arabic and Hebrew. Anyone who wants the general picture can just read the Old Testament — all the stories about Joshua and the walls of Jericho, all the stories of Philistines and so on. Of course it’s all written from the Israelite point of view, but the Old Testament is not bad as a sort of “historical novel.”

Then there’s the important distinction between linguistic groups and religious groups. Linguistically, as I just implied, Jews and Arabs are just two of a great muddle of Semitic cultures who wandered around in the Middle East. When I was out in the desert in Oman, I saw many remains of old settlements, some of them dating back to the Stone Age, others more recent, and some just the final stage of mud-brick architecture, before the development of the ugly cinder-block houses of today. (The Omani themselves have very little interest in preserving anything of the past.)

In terms of religion, though, obviously by definition (the birth of Mohammed) it’s true that the Jews were in Jerusalem before the Muslims. But we shouldn’t confuse the two issues, linguistic groups versus religious groups. Or does anyone really imagine that Jerusalem was totally uninhabited before the Jews claimed it as a sacred place? [Also even more worthy of consideration than language is genetic descent. Who is more closely related to the original inhabitants of the area? The Semitic tribes who stayed there and never left, whether or not they converted to Islam sometime during their long history there? Or the Semitic tribes who espoused Judaism and who migrated out of the area for dozens of centuries, picking up half their genes from Europeans or Central Asians along the way? The answer is obvious. — Ed.]

As I said above, the Jewish language and the Arabic language are closely related. A speaker of one could probably understand the speaker of the other. But all the above confusion is largely because the above-mentioned myths have been promulgated by the Jews in order to further their own agenda in the Middle East.

And to add a few more semi-relevant details — the Jewish claim to Israel is further weakened by the fact that the Jews abandoned that area for about two thousand years, only coming back there after WWII. Through a program of violence (roughly the same methods used later by Muslim jihadists), they managed to thoroughly frighten the British and take over the land. — No, what I just said doesn’t match the common perception of that period. But Israel wasn’t “given” to the Jews, they took it in the 1940s with bullets and bombs (see, for example, David Hirst, The Gun and the Olive Branch). Regarding legitimacy, it should also be pointed out that even the Jewish language is somewhat bogus as a cultural trait — the language had been virtually extinct for centuries until it was revived in the 1940s.

Leaping into a much bigger topic — it’s often said that since the Jews constitute less than 0.2 percent of the world population, it’s not possible that they have a great deal of control, in the US and elsewhere, of the government, the news media, the entertainment (propaganda) industry, the banking industry, and the educational establishment. But why can this not be the case? Consider the British, to pick an obvious example — it used to be said that ”the sun never sets on the British Empire.” Yet the British themselves were vastly outnumbered by the native people of that empire.

Over the past few decades, the US has devastated many parts of the Middle East, and the main effect for the US has been the loss of billions of dollars that could have been spent more wisely. The country that has gained the most from all this destruction is Israel, which is now the most powerful country in the Middle East. The main enemy of Islam is Israel, not the US. Israel is determined to expand until it reaches from the Mediterranean to the entire west bank of the Jordan River or beyond, and with every passing year it pushes further east, although it has no moral or legal basis for taking this land. The US never complains, and in fact the US has virtually never opposed anything done by the state of Israel.

Israel has nuclear weapons, but nothing has ever been inspected by the International Atomic Energy Agency. Iran, on the other hand, has not opposed such inspections, and there is no evidence that it is developing nuclear weapons, but it is constantly treated as a major threat to world peace.

As Mearsheimer and Walt explain in The Israel Lobby and U.S. Foreign Policy, the US controls the world, and Israel controls the US. It is a well known (though rarely mentioned) fact that supporters of Israel control the US Congress and the banks. But they also control the news-media and the related entertainment industry, which means they control public opinion and public attitudes. How often does the (pro-Israeli) entertainment industry depict and even glorify behavior that most psychiatrists would consider deviant and socially harmful? What might be the long-term effect of exposing viewers, especially younger ones, to the portrayal of such behavior? Think of the ”cardinal virtues” of justice, prudence, fortitude, and temperance. Think of the ”theological virtues” of faith, hope, and charity. Is there something missing in the world in which children are now growing up?

The US is in debt for several trillion dollars. To keep itself afloat, the US must do anything to appease China and other countries, in the vain hope that such an insane debt can be kept alive. Yet of the $15 billion spent on US foreign aid every year, $3 billion goes to Israel — again, money that could be far better spent on other things. What has Israel ever done in return for that three billion? For example, when have Israeli troops ever fought alongside American troops?

Source: read the full article at The Western Path

Infiltrator’s Law
Saudis: Israel Can Use Our Airspace to Attack Iran
USS Liberty Truth Campaign, part 2
To Evangelicals, Zionism an Increasingly Tough Sell
Jewish Policy Against Iraq
Rabbi: It Is Moral for Jews to Kill Civilians and Children
Truman and His Jews
Trump Courts Adelson, Flip-Flops on Israel-Palestine
Tags:IsraelJudaismMiddle EastMuslimsPalestine

Jews, Muslims — and Who Owns Palestine