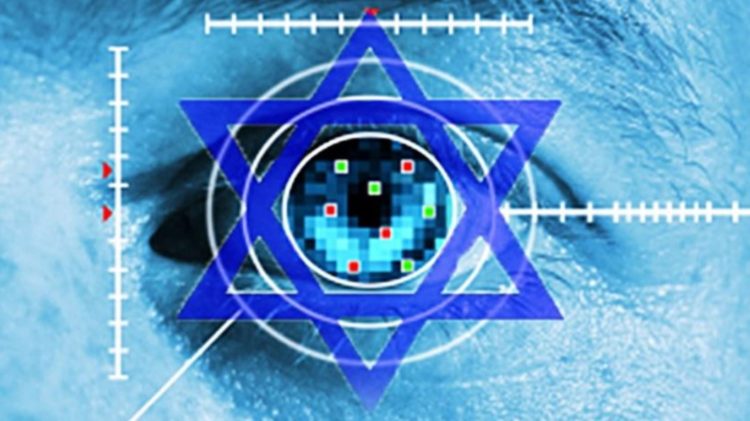 If this is what they’re willing to sell to anyone else, imagine the spying technology the Jews’ intelligence services are using on us right now.

ON THURSDAY, Israeli surveillance technology company Jenovice announced a slew of new surveillance products aimed at monitoring Wi-Fi enabled devices in order to gain intelligence on targets. The announcement was part of a presentation — “Tactical Wi-Fi Interception — Identify, Acquire, Intercept” — given at the Intelligence Support Systems for Electronic Surveillance, Social Media/DarkNet Monitoring and Cyber Crime Investigations, or ISS World Europe Conference, in Prague. Jenovice stated the presentation would “go over the challenges, limitations and operational solutions in tactical WiFi interception missions. We will cover the following: identifying targets, acquiring them and manipulating Wi-Fi enabled devices to extract intelligence.”

Jenovice’s announcement was first reported by CyberScoop in late May. CyberScoop elaborated on the new surveillance products being sold by Jenovice.

Jenovice’s Metropolink, which is only available for law enforcement and intelligence agencies, is sold as an “autonomous” surveillance system meant to monitor entire metropolitan areas. The capabilities list reads like hacker tech from a Jason Bourne movie: It’s advertised as being able to locate, list, map, track, analyze and visualize all Wi-Fi networks and identities across whatever environment a customer chooses.

CyberScoop explains that Metropolink works due to a network of sensors which are to be strategically placed around a large populated area. These sensors track various electronic devices via the MAC address and geolocation. This includes phones which are broadcasting and collecting Wi-Fi information. These sensors have a range of about 500 meters. Jenovice advertises that Metropolink can detect and track suspects even while moving at high speeds in vehicles. CyberScoop notes that Jenovice sells Metropolink as a “passive” technology which allows for less regulations and does not require a warrant in many countries. However, the term passive is a bit of a misnomer.

“Categorizing the product as ‘passive,’ however, doesn’t tell the whole story. Like the company’s long-distance Wi-Fi interception device Piranha, Metropolink can easily be used to inject malicious payloads into targets, according to a Jenovice employee,” CyberScoop reported. “That capability can be added with a license upgrade.”

CyberScoop notes that Jenovice is also launching two additional tools, namely Prisonlink and Achilles Cloud Interception. Prisonlink is so named because it is a surveillance kit designed for prisons. Prison officers from several countries reportedly tasked Jenovice with designing a tool that allowed them to track and disconnect unauthorized phone and Wi-Fi networks prisoners use to communicate with the outside world. Achilles Cloud Interception claims to “use and connect keys to extract cloud account information” from iCloud and Google accounts remotely “in a fully automated and silent process.” This can be used to steal basic sign-in and password information from unwitting users.

Brendan O’Connor, a security researcher and lawyer, told CyberScoop he has “very recently been contacted by multiple government organizations in the U.S. in efforts to build and deploy similar large-scale surveillance systems.” O’Connor himself demonstrated similar surveillance capabilities five years ago at DEFCON. CyberScoop reports that “prominent private sector cybersecurity executives” have seen an increase in demand from government organizations.

Unfortunately, surveillance technology is one of the leading industries in Israel. In October 2016, The Intercept reported,

When drafted into the army, Israel’s smartest youth are steered toward the intelligence unit and taught how to spy, hack, and create offensive cyberweapons. Unit 8200 and the National Security Agency reportedly developed the cyberweapon that attacked Iranian computers running the country’s nuclear program, and Unit 8200 engages in mass surveillance in the occupied Palestinian territories, according to veterans of the military intelligence branch.

The growth of the surveillance industry is due in part to the continuing militarization of police in the United States and abroad. With regards to Israel, these companies have learned by actually testing the surveillance tools (and lethal weapons) on Palestinians. Every year hundreds of American police officers fly to Israel to train with the Israeli Defense Forces (IDF) to learn about crowd control and surveillance tactics.

“All of the Israeli companies would immediately answer the question: We have actual experience, and we have tested these weapons on human beings,” Shir Hever, an Israeli researcher and author of the book The Political Economy of the Occu­pa­tion, told Alternet in 2017.

The violence of the Israeli-Palestinian conflict has been perfected to the point that the tools of the trade are now being exported around the world for a hefty profit.

The Bible: Blueprint for Jewish Atrocities and Genocide

I Was a Prison Guard in Eisenhower's Death Camps

I have personally been studying cyber security for about 3 years because I saw the writing on the wall. In the future, I predict that all pro-White sites will have been purged from the clearnet and onto the TOR network. Of course I do not want that to happen, however it is probally a good idea to learn the basics of Linux and having good digital hygiene. Anyone that is interested should look into downloading a Linux Distro called “Whonix”.  Whonix is about the safest distro for privacy when used correctly.

I see no reason to use me
as your nom de guerre. If
you have anything worthy
to contribute – or better
yet – use your own nom
de guerre. On top of
that – try using your real
name – like I do.


However, I strongly suspect
you are of the enemy… and
that your real purpose in
being here is that of being
a disrupter.

Get a life, Bozo!