California: Student Trustee May Be Sacked Because He Isn’t Sure How Many Jews Were Killed in WW2 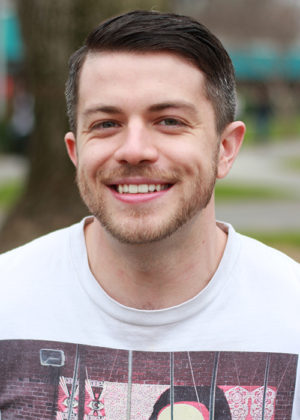 Cameron Weaver states Jews “were tortured” and “six million” were killed, though some before the WW2 period — still, that is not enough: absolute lock-step agreement with current Jewish party line is required.

THE ELECTED student member of the community college system serving the Sacramento region is in hot water after questioning the number of Jews killed in World War II concentration camps and other controversial statements made during an interview with a college newspaper.

It is student trustee Cameron Weaver’s (pictured) comments on the Holocaust in the Sept. 18 interview that have drawn the most ire and have started rumblings of a recall against him. Weaver was interviewed by the Current, the American River College student newspaper.

“Now I’m definitely not gonna go out and venture and say anything like ‘Oh, Holocaust didn’t happen.’ There are tons of people that make that argument. And from a really non-biased perspective, I completely disagree, but I also completely agree. What I mean when I say both is I don’t know the answer,” Weaver told his college paper.

Weaver, 26, also suggested that some percentage of the 6 million Jews who died in the Holocaust actually died during earlier religious persecution. He did not deny that Jewish people were tortured.

Weaver earns a stipend of $8,500 for the one-year term. He was seated in June.

“Mr. Weaver’s statements are troubling, misguided and abhorrent to the views and values of the seven publicly elected members of the Board of Trustees,” board President Dustin Johnson said in an emailed statement. He called the comment on the Holocaust “contrary to established historic and scientific facts.”

“It’s come to my understanding that there was a lot of background involvement to some degree in 9/11, with the least likely suspect a normal American may think: Saudi Arabia. And, and this is kind of why I want to get into politics, you read documents that pinpoint Saudi Arabia,” Weaver told the Current, according to reporting and a transcript provided by the paper.

Regarding school shootings, Weaver said the government should focus its attention on the use of anti-depressants, not gun control.

“If you look at all the school shootings that have been nationally reported, every single shooter has a very interesting thing in common. They’re all taking anti-depressant medication,” Weaver said.

Harvey said there is talk of a possible recall. Student leaders were not available for comment Tuesday.

“A lot of people are expressing frustration that they didn’t know these things about him when they voted for him,” Harvey said.

In an email sent to the board of trustees and Los Rios Community College District Chancellor Brian King, Weaver apologized for the “tumult and distraction” caused by the story. He said the story “does not accurately reflect my views, beliefs or convictions” but did not challenge the accuracy of the quotes attributed to him.

“My top priority from this point forward is to work to rebuild those relationships, and rebuild your trust in me as someone who is worthy of the student trustee position, and who can intelligently and passionately represent our students on the Los Rios Board,” Weaver wrote to the board in a Sept. 23 statement.

Mitchel Benson, a spokesman for the college system, said the board will give Weaver a chance to rebuild his relationship, but ultimately “Cameron’s future is in the same hands of people that elected him and not in the hands of the trustees.”

To trigger a recall election, three of the four college student body association senates must reach a three-quarter majority vote.

Recording of interview with Cameron Weaver:

The Vast Journey of the Fourth Generation

Greetings to Los Rios Community College. You were wrong! The six million figure was a lie invented by Eliezer Unger at a Zionist conference at Palestine in January 1944.

California: Student Trustee May Be Sacked Because He Isn’t Sure How Many Jews Were Killed in WW2