OF COURSE, the alien-owned controlled media lie — and they dig deep, deep, deep to find one single pervert or anti-White zealot to complain about our National Alliance fliers — but what they don’t mention are the hundreds and thousands of White people who get our fliers every day, read them, think about them, and make no complaint whatsoever. They also, for some strange reason, do not follow what used to be standard journalistic practice and contact us, which is quite easy to do, to get our viewpoint or to hear about the many positive, supportive letters and emails we receive every day.

The Davenport-area media site “Our Quad Cities” reported that a pervert newspaper editor and a flagrant anti-White were unhappy about our fliers (what a surprise!) and felt that they were being “targeted” (not a chance — the National Alliance’s positive outreach is directed at healthy White folks, and only accidentally gets into the hands of such haters). Here’s what they published (I left in the numerous misspellings and other errors of their new hijab-wearing reporter) at their site (which has less than a third the audience of National Vanguard, by the way):

A Davenport woman finds a flyer on her lawn. Now, she sleeps with a baseball bat next to her bed. Couple, newspaper owner believe they were targeted by hate group

A woman in davenport is upset after she picked up her newspaper with a racist message stuck to it.

She found it on her front lawn yesterday.

It reads, “Send them back. They can’t make white babies.”

She believes she was targeted because she’s in an interracial marriage.

The group behind the message is the National Alliance.

The couple who found the flyer didn’t want to go on camera tonight because they’re worried about their safety.

This message is a sticker that was put onto the [homosexual-oriented] newspaper, called The Real Mainstream, based in Iowa City.

The editor was shocked to hear about the incident.

But she says this isn’t the first time she’s seen something like this happen.

Hawes started her publication less than a year ago.

She describes it as a free, alternative newspaper that identifies strongly with the LGBTQ community.

Her goal is to unite people of all backgrounds.

“It’s this kind of hate speech that needs to be marginalized and it’s people of differing faiths and differing backgrounds that don’t deserve to be marginalized. That’s really what we’re there for, to create a greater sense of compassion and collaboration,” she says.

Hawes says by choosing their newspapers to spread a hateful message, this group is attacking more than race.

“Essentially taking such a positive message and wrapping it in such a horrible message, it’s a way to try to confuse, erase, pit people against each other, diminish the strength of our message,” Hawes says.

Hawes says the incident inspires her.

“To hear the agony of the person that called to let us know about this flyer, to hear the pain that these flyers caused… It inspires us to work harder and we hope that it inspires everybody… to work a little harder and to keep putting the good word out there,” she says.

A Cedar Rapids-area publication (also with a much smaller readership than National Vanguard) chimed in, too. After smearing our members as “haters” (they’re not), they went on to say:

Offensive as the fliers are, it is not illegal to possess or distribute neo-Nazi or white supremacist propaganda.

A report issued in March by the [Jewish and crime-linked] Anti-Defamation League’s Center on Extremism documented a sharp increase in the distribution of white nationalist fliers, stickers, banners and posters during the previous year. “The propaganda, which includes everything from veiled white supremacist language to explicitly racist images and words, often features a recruitment element, and frequently targets minority groups, including Jews, Blacks, Muslims, non-white immigrants and the LGBTQ community,” the report stated.

The report found the number of 2018 incidents “far exceed any previous annual propaganda distribution counts.” There were 1,187 incidents reported nationwide, a 182 percent increase over the 2017 total of 421.

When the Anti-Defamation League issued the report, it cautioned that the report likely understated the extent of problem.

The Cedar Rapids Gazette seems to be using some bizarre logic to blame the National Alliance “Love Your Race” flier for a woman who made a complaint about the spoons in a local Chinese restaurant:

Residents in an Iowa City neighborhood said they received copies of this [National Alliance “Love Your Race”] flier in January. The leaflets included the logo and web address for National Alliance, which advocates “a government wholly committed to the service of our race and subject to no non-Aryan influence.”

In a Chinese restaurant in Des Moines, I heard a woman angrily asking a waiter for a better spoon. The spoon she’d been given is known as a duck spoon and has a wide flat bottom and a short handle. She didn’t want it. “Just a normal spoon,” she said. “For this restaurant,” the waiter replied, “this is the normal spoon.”

The moment the waiter walked away, I heard the woman say it. She said that phrase so commonly spoken by those protesting their innocence, while still committing the crime: “I’m not racist, but …” Her complaint was about the spoon, the design, how she didn’t like it, how she hated being forced to use them in Japanese and Chinese restaurants. Her frustration with the spoon spilled over into the attitude of the server and the restaurant as a whole. Yes, it was actually racist — these ideas of what made one utensil better, one utensil worse, and what should be “normal.”

Racism is the American the infection we refuse to diagnose. Recently, the New York Times 1619 Project sought to lay bare the racism that runs through the double helix of our national DNA. In response to the project, lawmakers and conservative pundits lashed out. Because to see the American enterprise as something inherently infected with racism, is to admit that our ideas of freedom and equality for all were never meant to be for all.

The National Alliance is going to keep on promoting that healthy attitude among those who can still think for themselves. And for the already-awakened — the most healthy — we’ll keep finding each other and joining ranks.

The Petition that Isn't Allowed on Change.org: Expel Jews from America
Race, Religion, or Even Basketball
Your Conscience Will Not Rest
Activism on “Holocaust” Day in Norway
Denmark: Bloody Altar Symbolizes Jewish Destruction of the Danish People
The McCorkill Case Explained by Paul Fromm
Brainwashing in America
Out of It
Tags:IllinoisIowaNational AllianceWhite activism 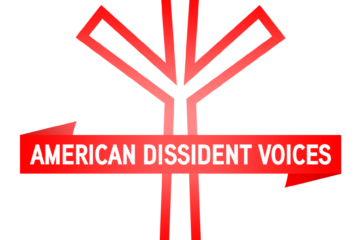 A Hint of the Future

Those presstitutes in Iowa City, Cedar Rapids, and in the Quad Cities area are noted for cherry picking “witnesses” who express outrage, disgust, and other overblown emotional reactions (including sleeping with a baseball bat) for articles about Whites who organize and conduct outreach and consciousness-raising activities. That this is done while totally (100% of the time!) failing to publish any positive reactions indicates that they’re really not “news” agencies, but commentarians operating their own echo chambers while following the Jewish narratives on race at the New York Times, Washington Post, Huffington Post, the major TV networks, social media outfits and so on.

Many people in Iowa are quite happy to see National Alliance flyers being distributed, but their voices are muted by the media cabal.

ADL asset and fake news ace Paul Brennan with Iowa’s Little Village Bugle is at it again, making the National Alliance out to be a scary bogeyman to his readers: White supremacist fliers distributed in Iowa City and Cedar Rapids neighborhoods Posted on Dec 24, 2019 by Paul Brennan […] https://littlevillagemag.com/white-supremacist-fliers-distributed-in-iowa-city-and-cedar-rapids-neighborhoods/ Alliance member Colin Hodge put up a comment under this smear 27 hours ago as I write this that has not been removed by the little Village censors. I was alerted and added another 12 hours later last night that is still there. This is the sort of Alliance activism that is effective, using our computers and smart telephones. With 200,000+ visitors to NV.org each month, why are others not countering the lies of fake news “journalists” like this?… Read more »